This feature is part of a monthly series profiling scientists and technicians who provide exemplary contributions to the mission of NOAA’s Office of Response and Restoration (OR&R). This month’s featured scientist is Assessment and Restoration Division Southeast Branch Manager Kevin Kirsch. 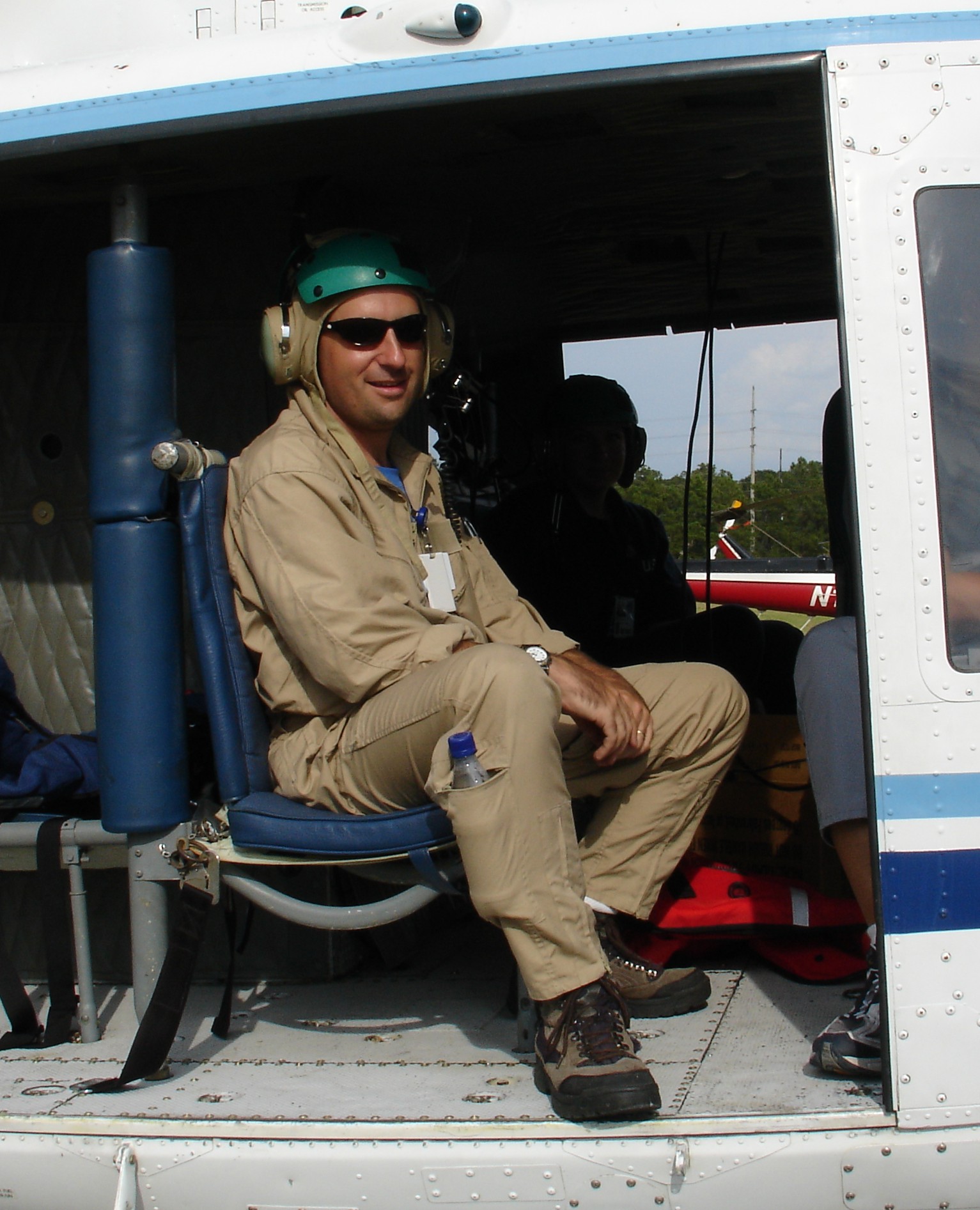 Kevin about to take off in the NOAA helicopter to continue surveys following Hurricane Katrina in 2005.

Growing up in Huntsville, Kevin Kirsch was as far from the coast as he could be and still be in the state of Alabama. But through many family vacations spent fishing and shrimping along Alabama’s Gulf Coast, a passion for the sea was born. Above all, it was a fascination with sharks that sparked an interest in marine science in his younger self many years ago.

“I always liked figuring out how the world works and why it is the way it is,” Kevin said.

Kevin is now the southeast branch manager for OR&R’s Assessment and Restoration Division, though, he said, his journey to this position was very circuitous, adding that, “If you had asked me in 1999 when I got my master’s degree, what my career would look like, I couldn't have even imagined this path.”

When Kevin went to school at the University of South Alabama, he knew he wanted to go into marine science, though he didn’t yet have a vision for what his career would look like. While in school he worked with the Alabama Department of Environmental Management where he conducted compliance inspections on wastewater discharges at many of the industrial facilities and treatment plans throughout lower Alabama.

“Not the most glamorous job,” Kevin remarked, but it was the first job he had in the general field of environmental pollution.

During his sophomore year, he also learned how to dive and was offered a job at the shop where he trained. Kevin credits much of his success to his diving ability. He recalls in his marine science classes that few, if any students, knew how to dive. But while learning about the inner working of marine science, he felt the only way to really understand the subject was to get an up-close look at the world beneath the surface.

“It was because I was good in the water that I even got to go to graduate school,” Kevin said.

Upon graduating with his bachelor’s degree, Kevin was offered a full ride to graduate school in exchange for dive support on a project in the Florida Keys. In 1995, he enrolled in the marine science master’s program with the University of South Alabama at Dauphin Island Sea Lab — a consortium of Alabama’s state universities.

After completing his master’s thesis in seagrass ecology, Kevin found an announcement for an opening in the Florida Keys National Marine Sanctuary. The sanctuary had partnered with OR&R to create a new seagrass damage assessment team, and they were in need of a team lead. At the time, Kevin didn’t know anything about NOAA. But he and his wife both wanted to live in the Keys, and it seemed like the perfect fit. 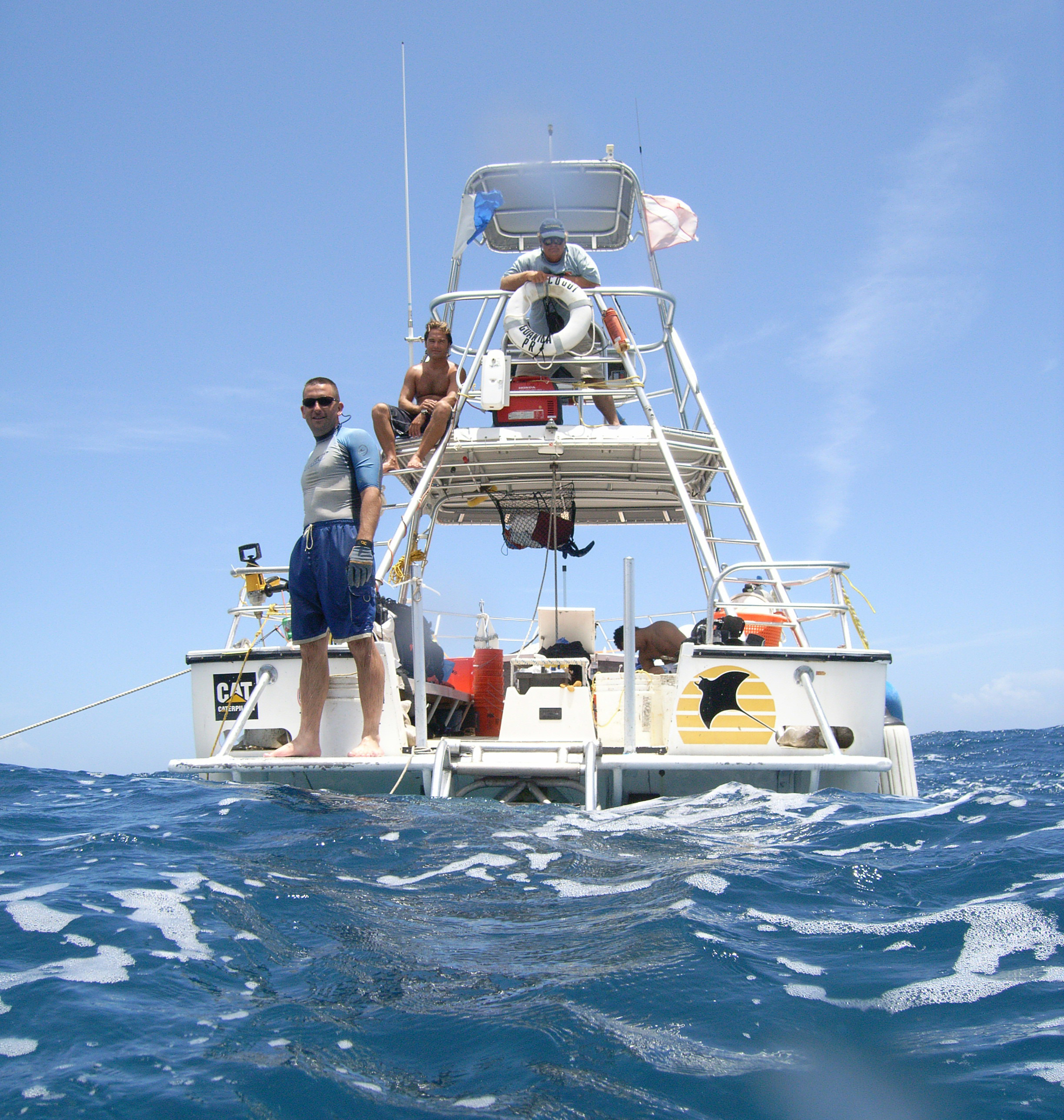 When Kevin first started in October of 2000, the Florida Keys National Marine Sanctuary had a reported 600 ship groundings per year. Operating as a two-man team, Kevin and Sean Meehan spent the next five years perfecting the craft of assessing the impact of a vessel grounding on the seagrasses of the sanctuary — from Key Largo all the way out to the Dry Tortugas. The pair forged a strong relationship with the sanctuary’s law enforcement, and were soon able to respond to a grounding within hours, if needed, to help the officer make their case for impacts to the resources of the sanctuary.

In the five years of the program, the team assessed 252 groundings for restoration. Though the 600 ship groundings tended to be smaller private vessels, the overall impact was substantial.

“We called it the death by a thousand cuts,” Kevin said. “Each individual grounding might not do a lot of damage, but if you keep having more and more — you know, 600 a year — it really adds up.”

After Sean and Kevin had perfected the mechanics of the the program the decision was made to turn it back over to the sanctuary. OR&R transferred Kevin up to St. Petersburg and within a few months he was deployed to support disaster response following Hurricane Katrina.

“That was my first experience into the world of oil spills,” Kevin said. “It was quite an experience. … I slept at a Methodist camp and spent two week rotations in a helicopter looking for oil releases. In some places you could see only the oil, with the rig submerged.”

Kevin said that at the time, responders thought Katrina was the “big one.” That was five years before the Deepwater Horizon oil spill put responders to the test. Deepwater was the largest oil spill to ever take place in U.S. waters, and work to restore areas in the Gulf of Mexico impacted by the spill is ongoing.

In 2013, Kevin took over as the acting regional manager for the southeast branch — reaching from Brownsville, Texas to the North Carolina-Virginia Border, and including Puerto Rico and the U.S. Virgin Islands — and was officially promoted to the position in 2014. 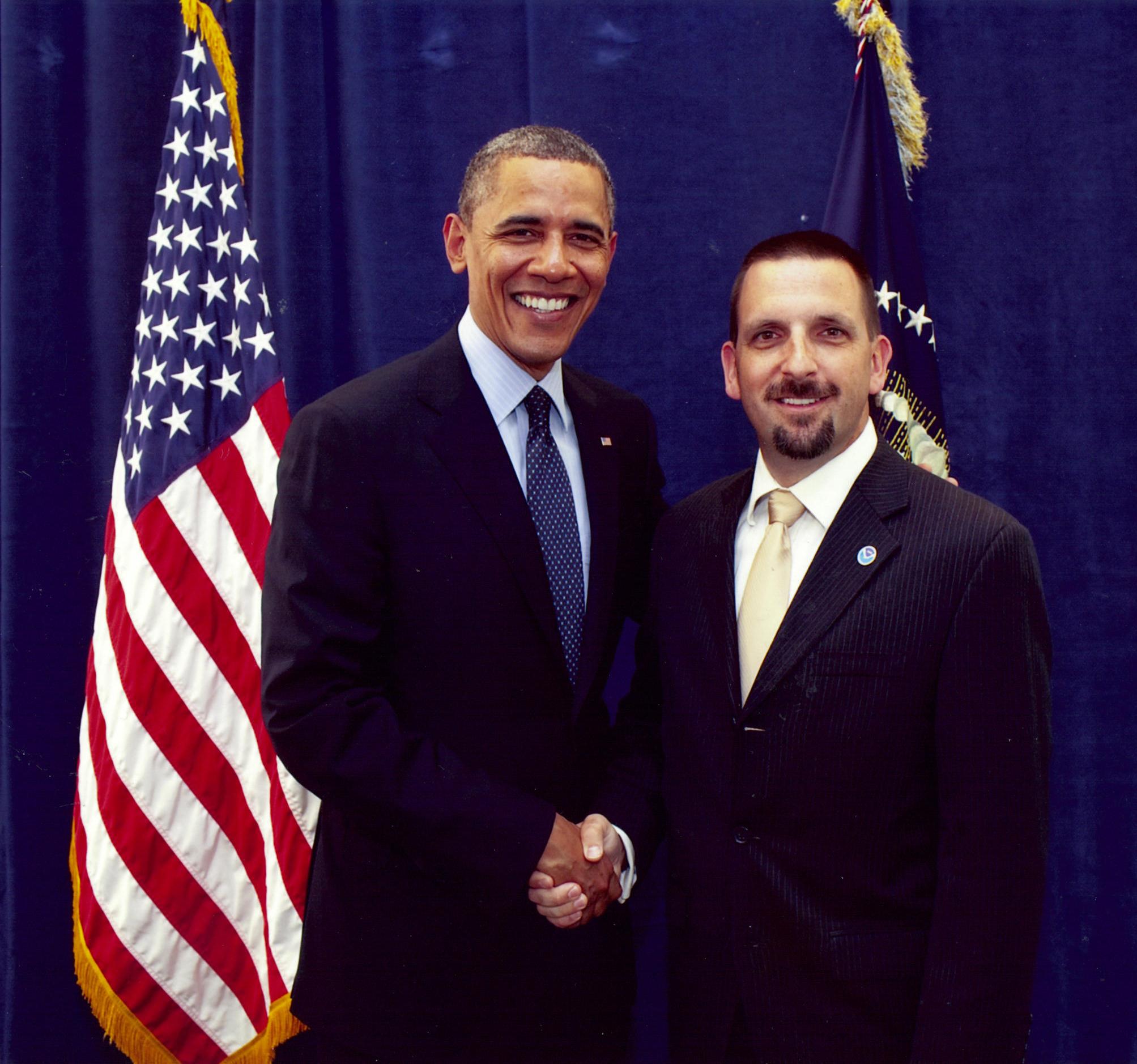 Kevin said the best part about his job is the people, including the outstanding staff who protect, assess, and restore natural resources in the region. His job is to ensure that his team has the training, resources, and support they need to address hazardous waste releases, oil spills, vessel groundings, and other incidents that threaten the environment.

Looking ahead, Kevin said he sees himself continuing in his current role and that he also has an interest in helping to enhance the careers of young scientists in the government. Kevin doesn’t recall receiving a lot of guidance when he was first entering into the field, and he thinks it’s important to provide mentorship to the next generation of scientists — informing them of the new career opportunities and experiences that NOAA has to offer.

In his advice to students, Kevin emphasizes gaining new experiences to broaden their understanding of marine science.

“Experience is as important as education. You have to demonstrate you can get the work done, not just complete the coursework,” Kevin said. “I encourage them to volunteer, support a research project, anything to show that you can do the work and not just understand the concepts of the science. Classes teach you the theory, but you need the experience to show you know how to do it.” 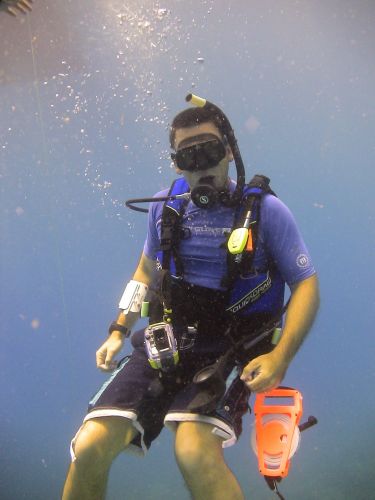 Kevin Kirsch hanging on to a dive safety stop during a coral survey in the Dry Tortugas in 2004.
Back to top