This feature is part of a monthly series profiling scientists and technicians who provide exemplary contributions to the mission of NOAA’s Office of Response and Restoration (OR&R). This month’s featured scientist is Ben Shorr, a physical scientist in OR&R’s Assessment and Restoration Division. 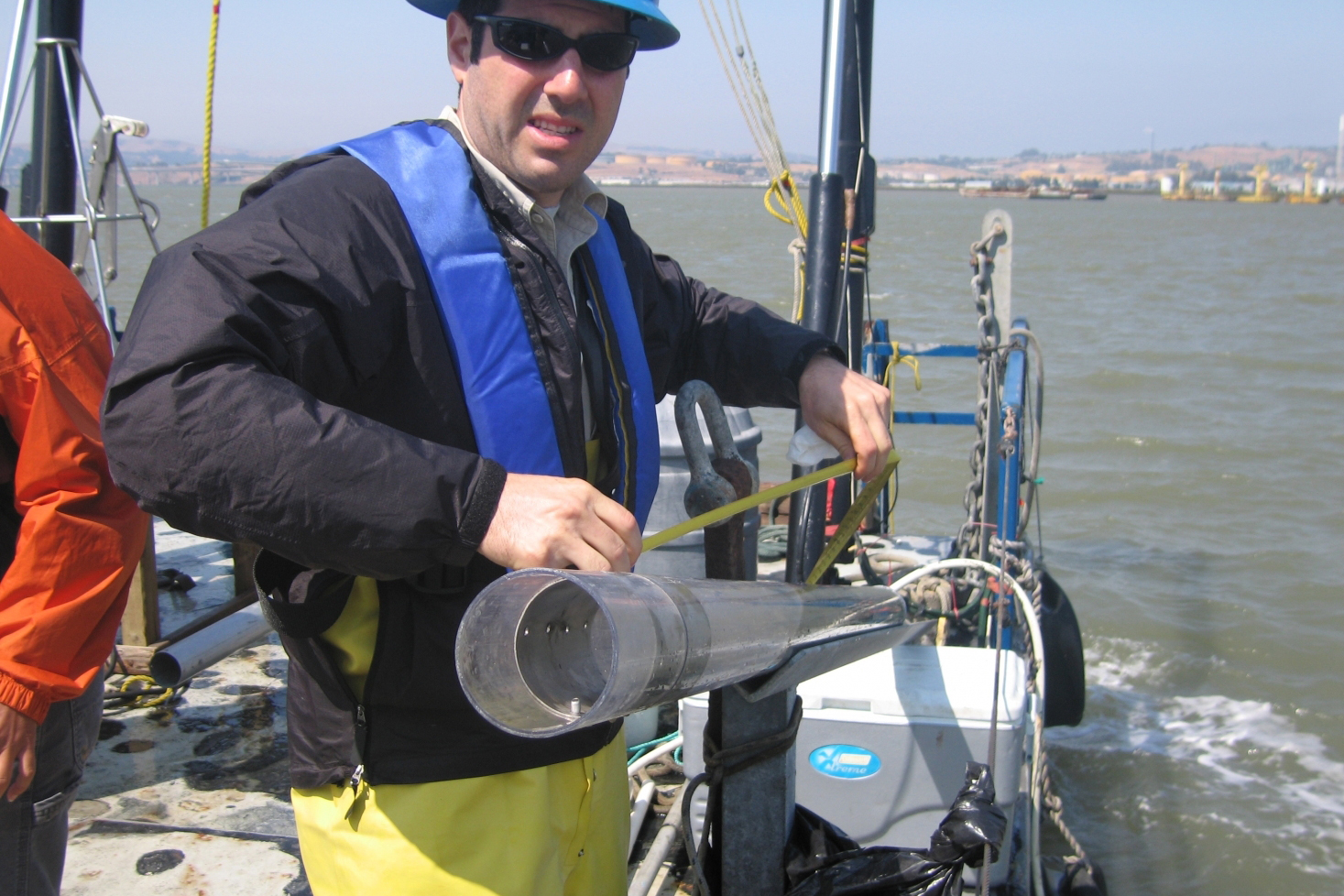 Not many could say their career began with a game of Ultimate Frisbee. But for physical scientist Ben Shorr, that’s exactly what happened.

Like most of the NOAA family and others who work in the environmental sciences, Ben has always had a love for the outdoors — water in particular. Growing up on Lake Michigan afforded him the opportunity to explore streams and inland waters. He especially enjoyed spending time sailing with his three siblings and their parents on their small family sailboat.

His passion for all things water-related led him to study civil and environmental engineering at the University of Wisconsin-Madison. With a focus on hydraulics and hydrology, Ben took college courses in stream restoration and open channel flow, which was at the cutting edge of the growing field of geographic information systems (GIS) and remote sensing.

After graduating, Ben worked at the harbor in his hometown on Lake Michigan coaching high school sailing, racing sailboats, and applying for jobs in his spare time. The opportunity he had been waiting for came from an Ultimate Frisbee game in downtown Chicago. The team was an assortment of scientists and engineers from the U.S. Environmental Protection Agency — the perfect connection to open doors for his career. 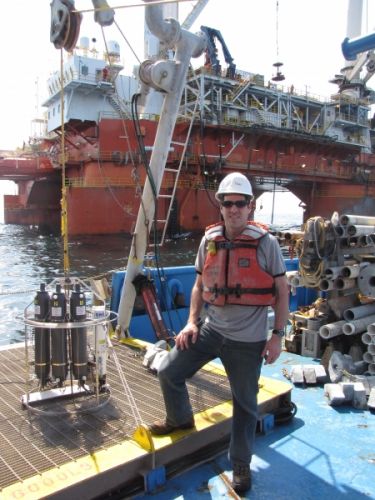 Ben Shorr doing sampling in the Gulf of Mexico during Deepwater Horizon in 2010.

Ben was put in touch with a team of scientists working on contaminated sediment clean-up projects, which led to an internship with the EPA in Chicago doing Superfund site surveys. The surveys included sediment and benthic sampling, bathymetric surveys, and a lot of GIS analysis. As the internship transitioned into a two-year research fellowship, Ben traveled around the midwest mapping, designing, and performing sampling efforts. Some of those cases are the same clean-up efforts that OR&R works on today.

After two years in Chicago, Ben started thinking about where he could live that would best support his sailing and newly-formed snowboarding habit. After visiting friends in Seattle he decided on the plane ride home that he would move out west as soon as he could afford it.

“I explained my plan to my girlfriend (now wife), and six months later I packed a bag and my little sailboat and drove out to Seattle with meager savings, but plenty of hopes and dreams,” Ben said.

After he arrived in Seattle, he connected with George Graettinger and Jay Field at NOAA, whom he had met through his work at the EPA in Chicago. The team in Seattle graciously gave him a desk to work at while he finished up his work with the EPA.

Ben soon began working for OR&R on cases and sites across the country under a research fellowship for a year, until he applied for and got a job as a physical scientist with OR&R.

“I have had the great opportunity and privilege over the past 17 years to work with an incredible team of scientists across the country on a range of projects,” Ben says. “This work includes restoration design and engineering, sample design and analysis, field sampling, ecological risk analysis and, of course, a lot of data management and mapping.”

Ben has worked on assessment and restoration efforts on sites across the coastal U.S. and Great Lakes, and on oil spills for over a decade. He worked on the Deepwater Horizon oil spill and was aboard the first government scientific research vessel sampling and tracking oil coming from the well. Ben spent the rest of 2010 and into 2011 working on the response to Deepwater Horizon as part of the subsurface monitoring unit that coordinated and organized scientific data collection. 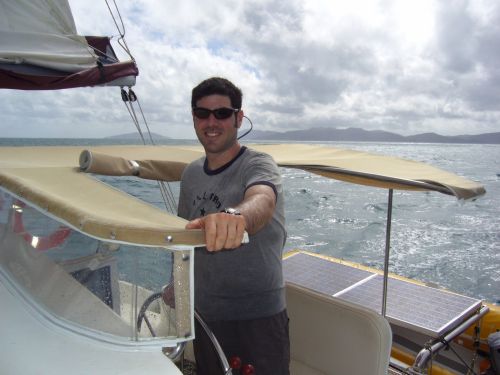 Ben sailing in the Whitsunday Islands in Australia in 2006.

As the response efforts transitioned into the natural resource damage assessment (NRDA) process, Ben began working as a team lead coordinating and managing all the assessment data. He was also the project lead for the development of the DIVER data warehouse and query tools. Developed by NOAA to support the NRDA process, DIVER continues to be used for restoration monitoring data and project tracking, and data management across OR&R. Data management continues to be an important part of Ben’s work through the technical support he provides on cases and restoration across the coastal U.S. and Great Lakes.

In addition to his role with OR&R, Ben is also the co-director of the Coastal Response Research Center. A joint partnership between the University of New Hampshire and the Office of Response and Restoration, the CRRC brings together the research and academic background of the university, with the field expertise of OR&R. Ben works closely with fellow Co-Director Dr. Nancy Kinner on basic and applied research that advances the field of response, assessment, and restoration of oil and other contaminants in the environment, in addition to workshops and forums for scientists, academics, and stakeholders to engage and advance approaches for protection and restoration of coastal habitats and resources.

Ben lives in Seattle close to the NOAA campus with his wife and their two children — a 9-year-old son and an 11-year-old daughter. They have a “fleet” of kayaks and sailboats and take advantage of Washington's world-class mountain biking and hiking.

Ben and his family also enjoy roaming around the Northwest and beyond in their 1991 Volkswagen Vanagon camper in search of adventure. 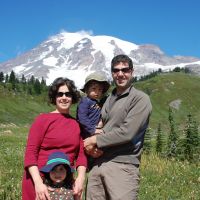 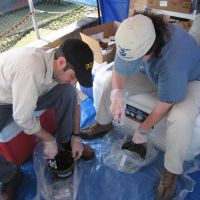 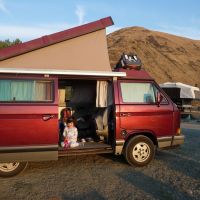 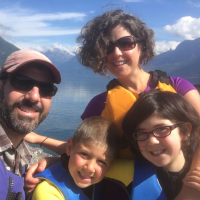 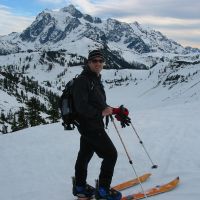 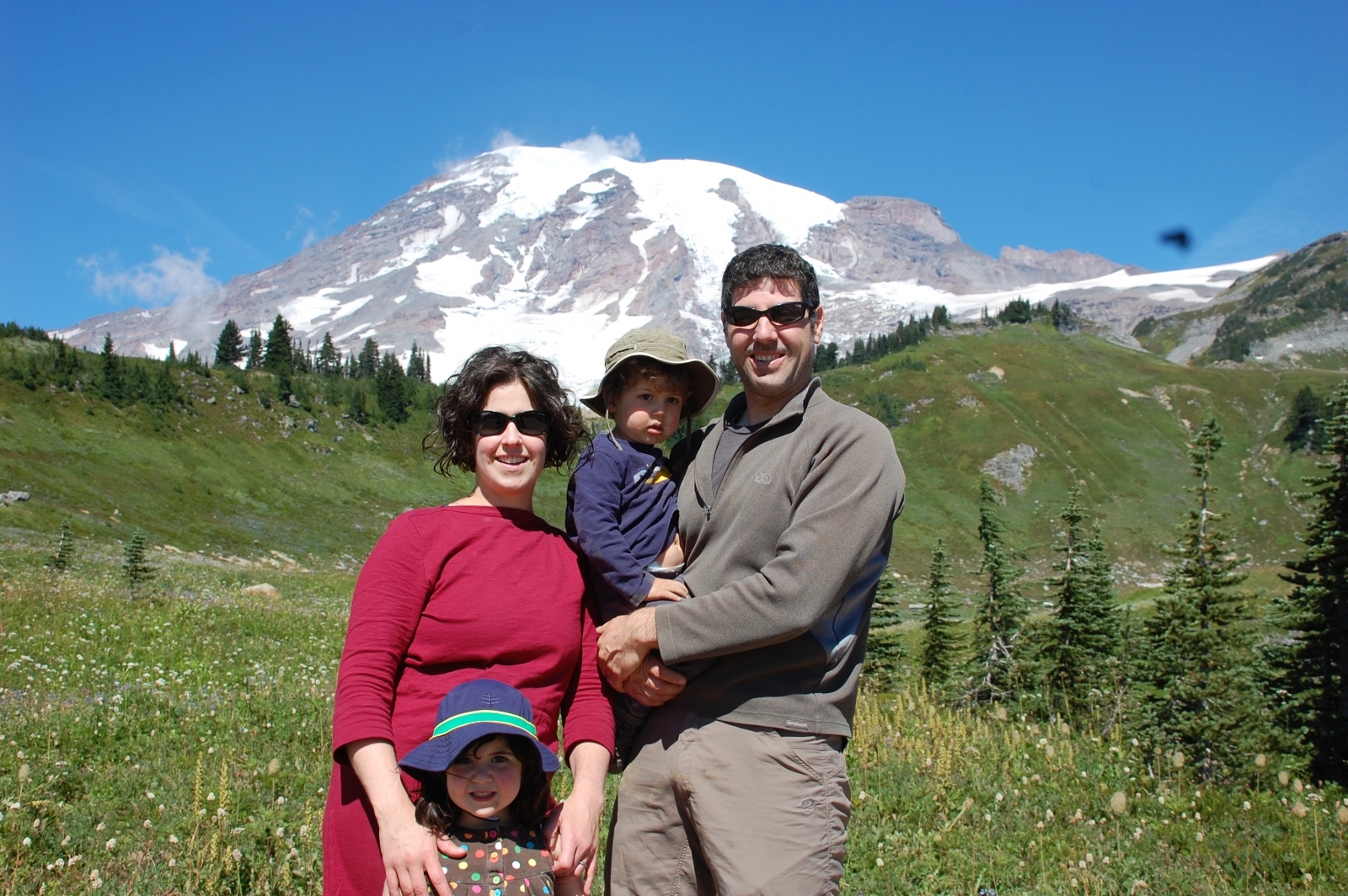 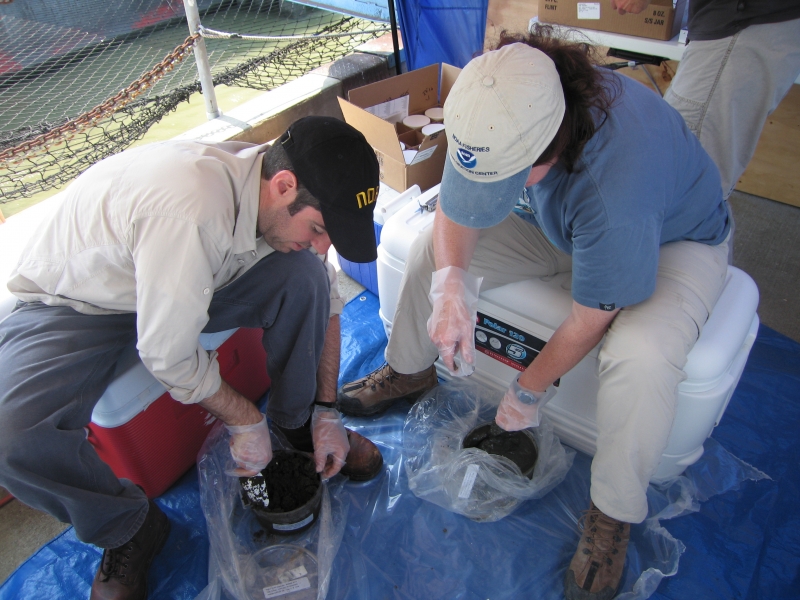 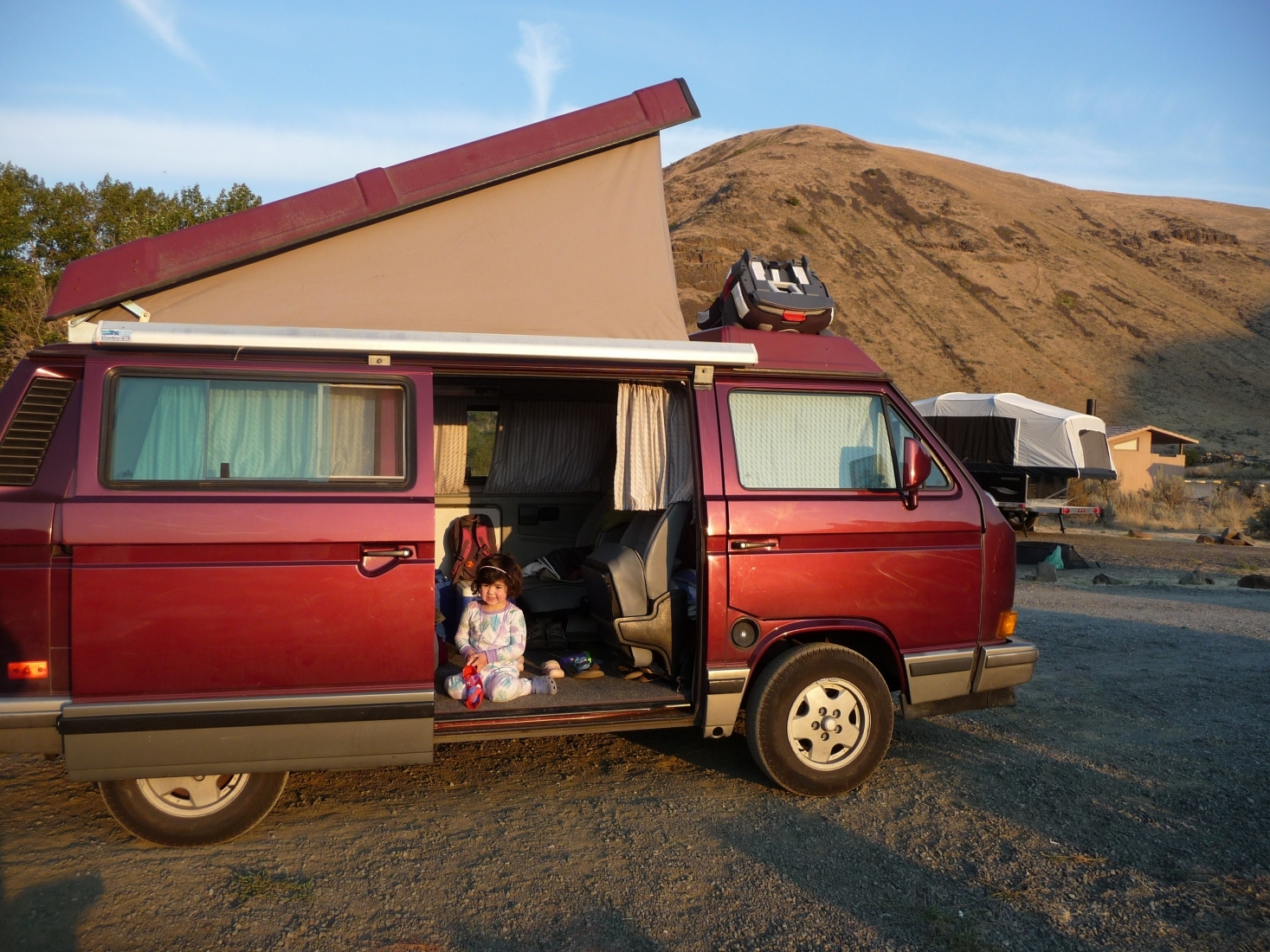 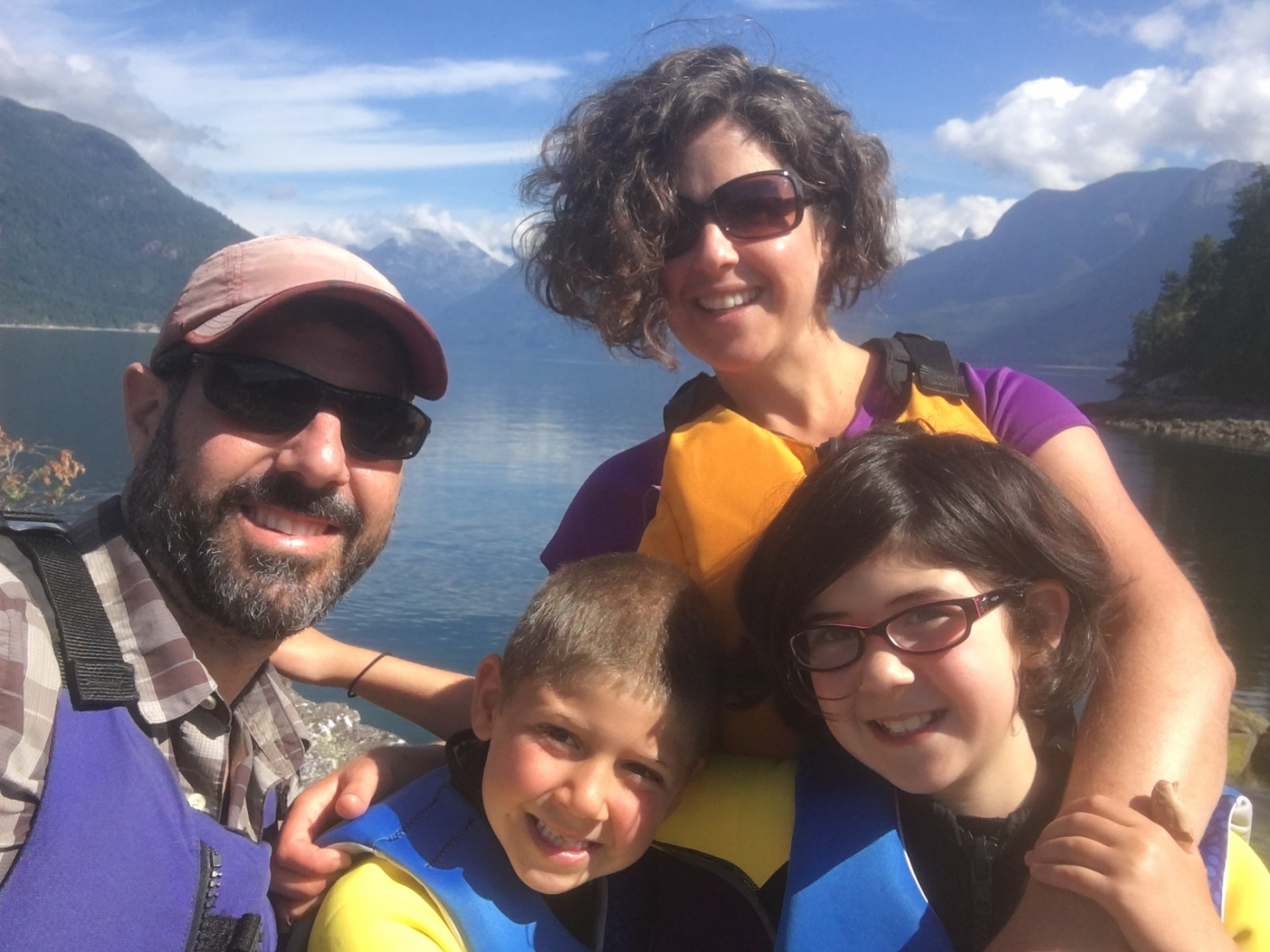 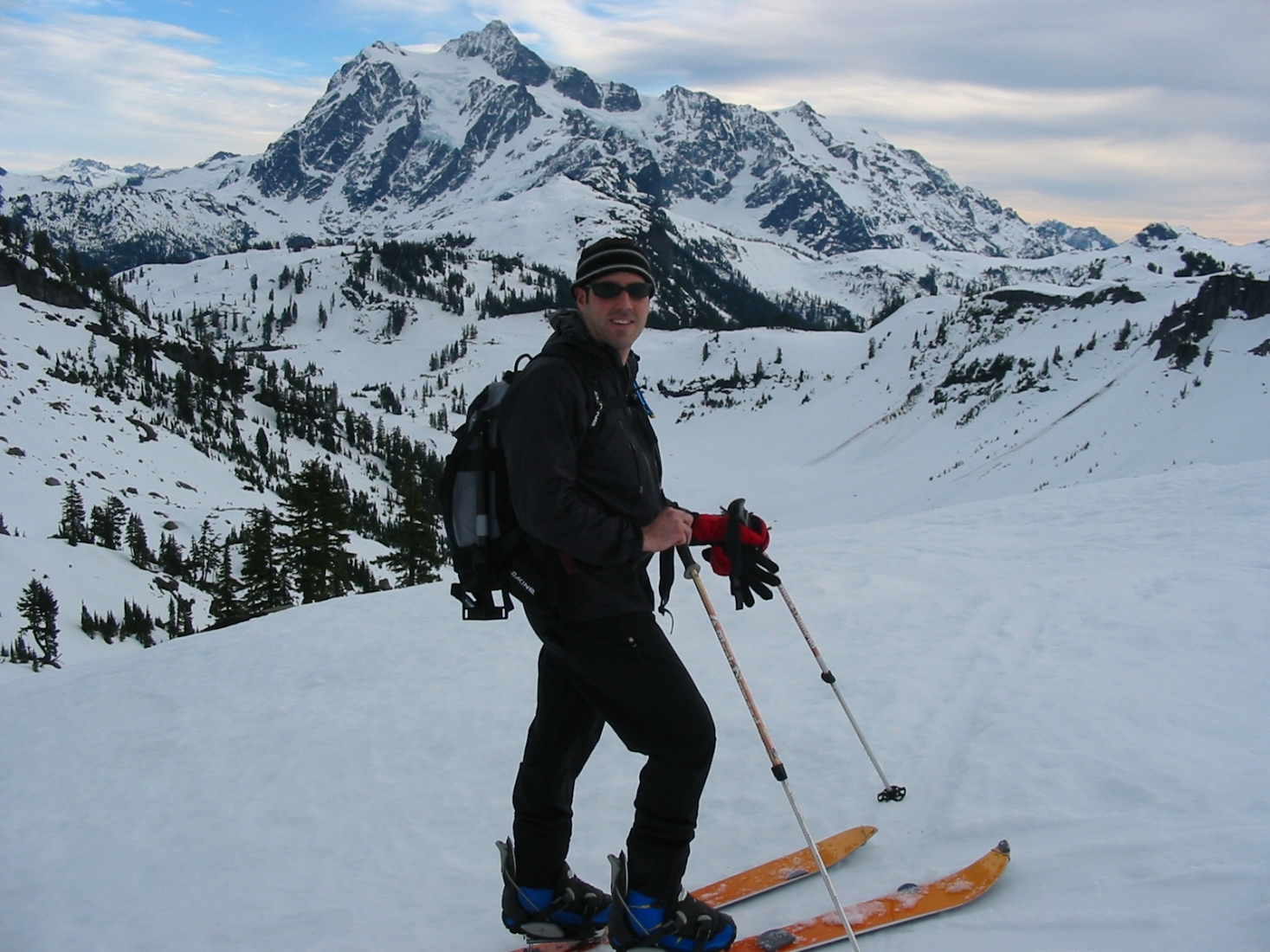