By Vicki Loe, Office of Response and Restoration

This feature is part of a monthly series profiling scientists and technicians who provide exemplary contributions to the mission of NOAA’s Office of Response and Restoration (OR&R). In this month’s feature meet Steve Lehmann, a scientific support coordinator with OR&R’s Emergency Response Division. 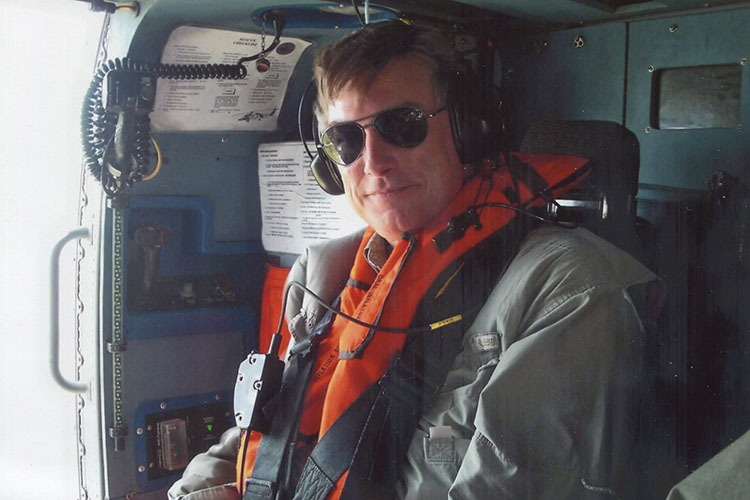 Steve Lehmann is a NOAA senior scientific support coordinator (SSC) based outside of Boston. He is part of NOAA’s Office of Response and Restoration and along with other SSCs has a unique mission. That is to support our outside partners such as the U.S. Coast Guard by responding to oil and chemical spills as “objective advisers” to the federal on-scene coordinator and the Incident Command, rather than solely representing NOAA interests. They draw on their scientific education and background, as well as years of experience responding to such spills. Steve describes his role as similar to an experienced trail guide, helping responders avoid the pitfalls and dangers of past spills. His job requires that he be on call for emergency response to provide sound scientific advice; advice that the lead agency, such as the Coast Guard is not obligated to follow.

The Office of Response and Restoration employs a team of SSCs, situated regionally across the country. In addition to spill response, they also help with emergency preparedness and conduct training to federal, state, and local partners in the regions.

After completing his education, he began working as a civilian for the Coast Guard, implementing the CAMEO (Computer-Aided Management of Emergency Operations) program at the unit level. CAMEO, developed by OR&R (then known as the HAZMAT Program) and the U.S. Environmental Protection Agency, is a set of tools designed to assist emergency planning and response during and before events related to hazardous chemicals. This job required close work with NOAA HAZMAT and the regional SSC, a position Steve would assume in 1990, immediately being sent to Kodiak, Alaska for a two-month deployment working on the Exxon Valdez oil spill.

At the time he was hired, Steve was the youngest civilian SSC on the team. In 1991 he traveled for a month to Kuwait and Saudi Arabia to respond to the Gulf War spills, returning via Paris to participate in a technical conference at UNESCO (United Nations Educational, Scientific and Cultural Organization) as one of the only conferees who had responded on-scene to the environmental emergency being discussed. It was not the last emergency Steve would be called to in other parts of the world and around the country. 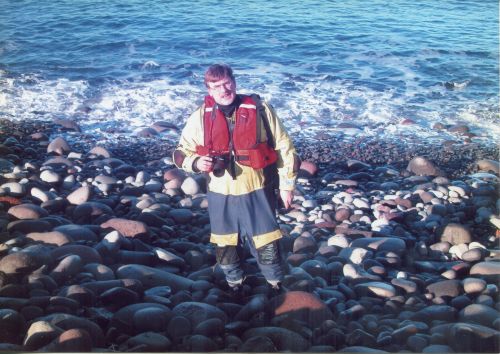 Subsequently, Steve was the lead SSC on major spills in New England such as the Barge North Cape in Narragansett, Rhode Island in 1996; the Julie N., in Portland, Maine also in 1996; and the Bouchard barge 120 in Buzzards Bay, Massachusetts in 2003, to name just a few. Of course, Steve also played a major role in the response to the 2010 Deepwater Horizon oil spill in the Gulf of Mexico, which was the biggest spill ever in U.S. waters, as one of two SSCs advising the area command in New Orleans.

A characteristic of the job of an SSC is to be prepared to work anywhere on very short notice. In addition to working in their assigned regions, they are frequently called in to help at spill events elsewhere. For Steve, this includes working in Madagascar, South Korea, Honduras, Panama, and many trips to the Middle East.

One of the aspects of the job Steve appreciates is that in addition to the knowledge SSCs bring from their experience, they are able to draw on a large network of highly skilled specialists. Within OR&R’s Emergency Response Division, there is a technical team made up of ecologists, biologists, toxicologists, and chemists, as well as oceanographers and modelers that provide information on where the spilled oil is likely to go. Outside of OR&R there are other NOAA experts on weather, fisheries, and satellites, who the SSCs collaborate with regularly. Additionally, the SSCs maintain their own networks of academicians and outside scientists that they consult with. These are valuable resources both at and in between spill events.

When asked about the most rewarding aspects of his job, Steve says that has changed for him over the years. Initially it was the more exciting aspects such as flying in helicopters and jumping aboard moving tank ships. Now, it’s teaching and working with the next generation of responders.

However, the demands of the job over the years have meant that Steve has had to be away from his family for a total of over five years, he estimates. He has had to miss things like coaching his son’s soccer team and volunteer work. But the most challenging part of the work itself is dealing with communities that feel they are at risk. Perceived risk is a relative condition. Events that are commonplace to the experienced are frightening to those witnessing them for the first time. The challenge is maintaining empathy with the community while being honest about the situation. 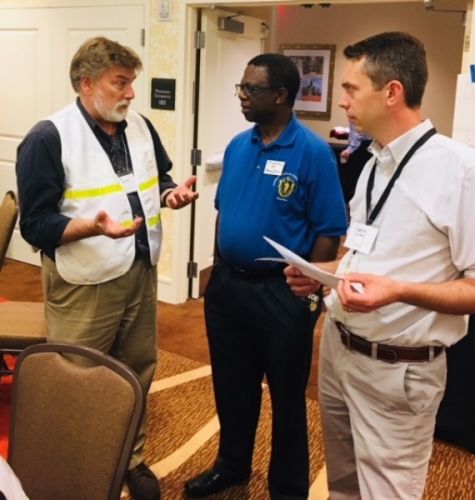 Briefing officials from the State of Massachusetts at a spill exercise in Boston. Image credit: NOAA.

New England is the last bastion of the traditional town meeting. As such, at times of crisis, communities expect to be addressed on a face-to-face level — a town meeting. For this, Steve draws on his ability to translate technical information so that it is understandable to a lay audience, making it meaningful for the circumstance. For this, he relies heavily on the remarkable technical skills of the OR&R team, both on-scene and remote.

Steve’s father managed his family’s farm property not far from Des Moines, Iowa. His mother was a third grade teacher turned stay-at-home mother. They were a big family — Steve is one of six siblings and two stepsisters. After roaming the country and working a variety of jobs, he landed at Boston University, which led to undergraduate and graduate work and to meeting his wife of 37 years, Selene.

One farm remains in the family and has become the de facto family home, overlooking acres of corn fields. Steve, together with his wife and son enjoy reunions there with his large extended family. Iowa is a long way from NOAA and the oceans, but many notables with OR&R have roots there, including Jerry Galt and Dave Kennedy, two of the organization's founders.

As Steve looks forward to retirement later this year, he reflected on how technology and legislation have reduced the occurrence of large spills. However, he recognizes that there will always be environmental emergencies that require experienced, objective advisers. OR&R’s mission as a “trusted agent” within command posts and in its equally important role as a natural resource trustee and advocate for the marine world will continue. As large events diminish, the need for a cadre of experienced professionals, ready to offer guidance along an unfamiliar trail, becomes more critical.

The founder of NOAA HAZMAT, John Robinson advised his staff early in Steve’s career, “... if what you’re doing is good for the environment, then you are doing your job.”

Steve looks back on the 30 years he has spent with NOAA with appreciation for the role of the SSC, the enriching experiences, and remains ever impressed at the skill and generosity of the people with whom he has worked. 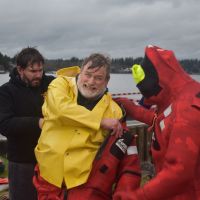 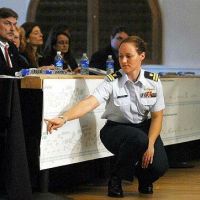 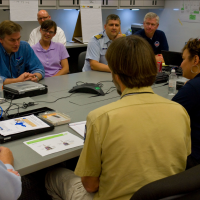 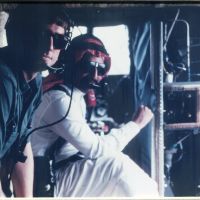 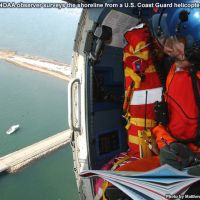 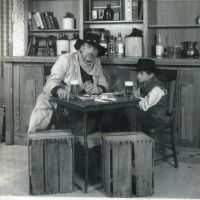 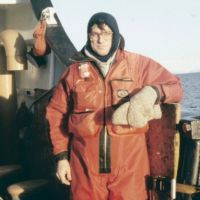 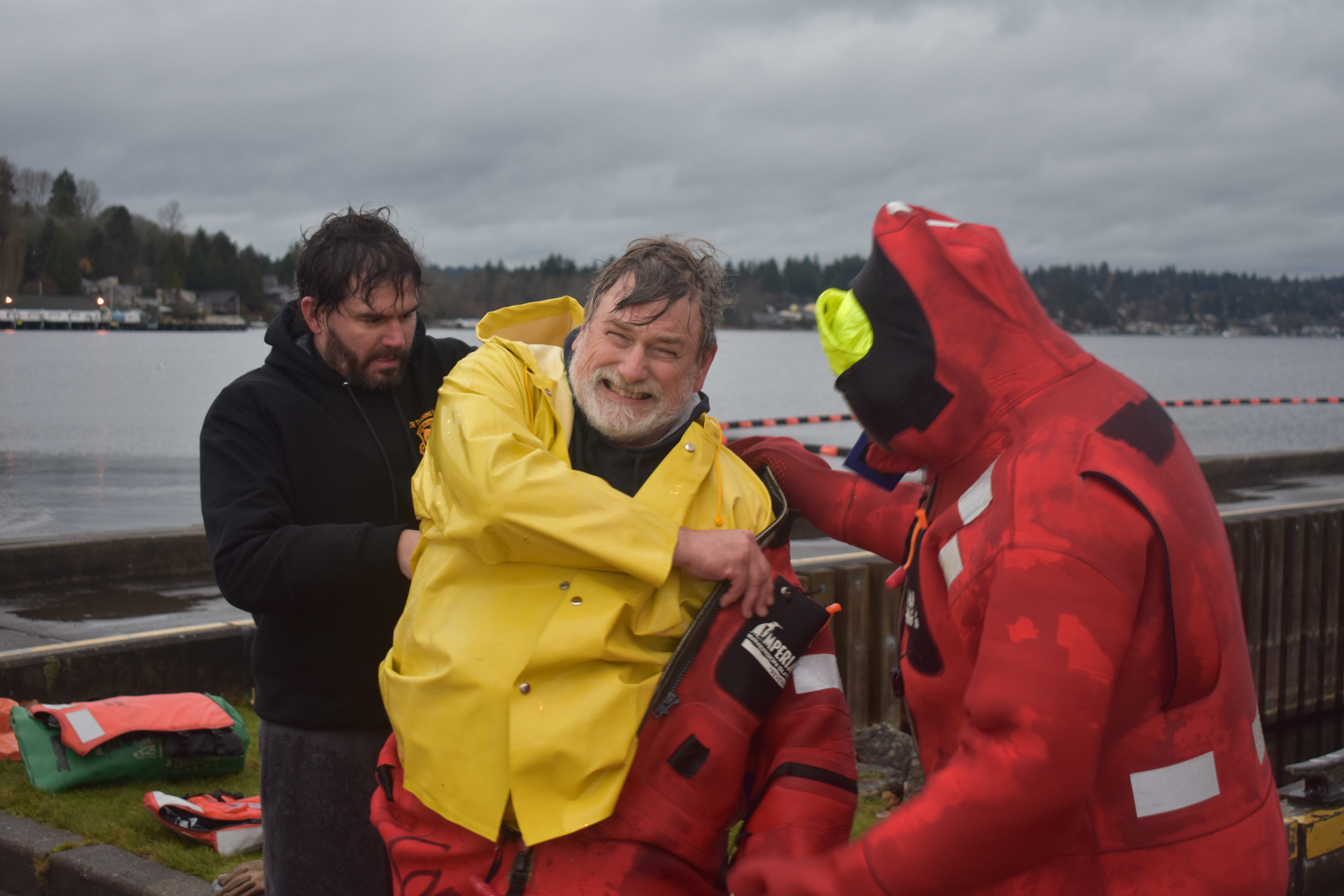 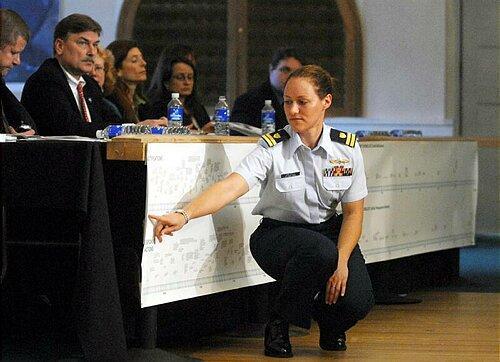 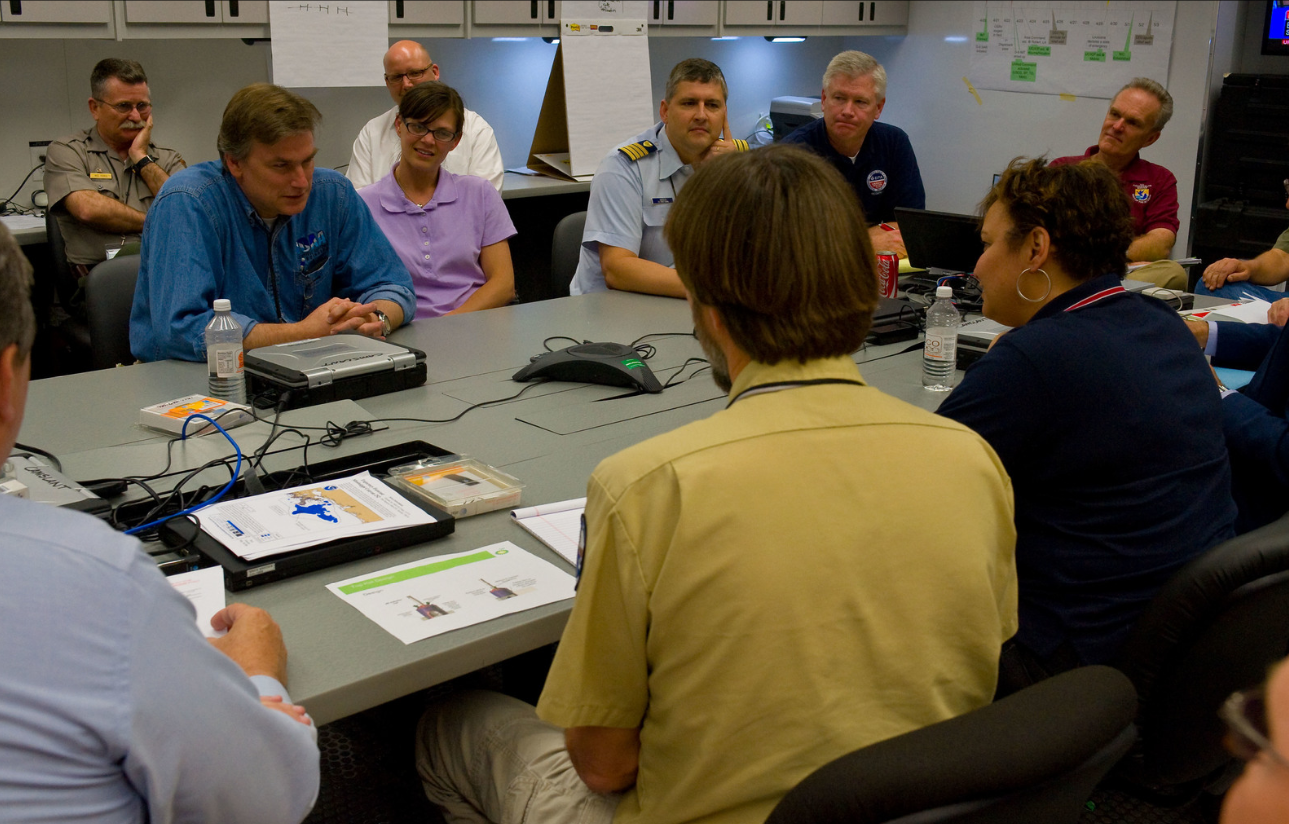 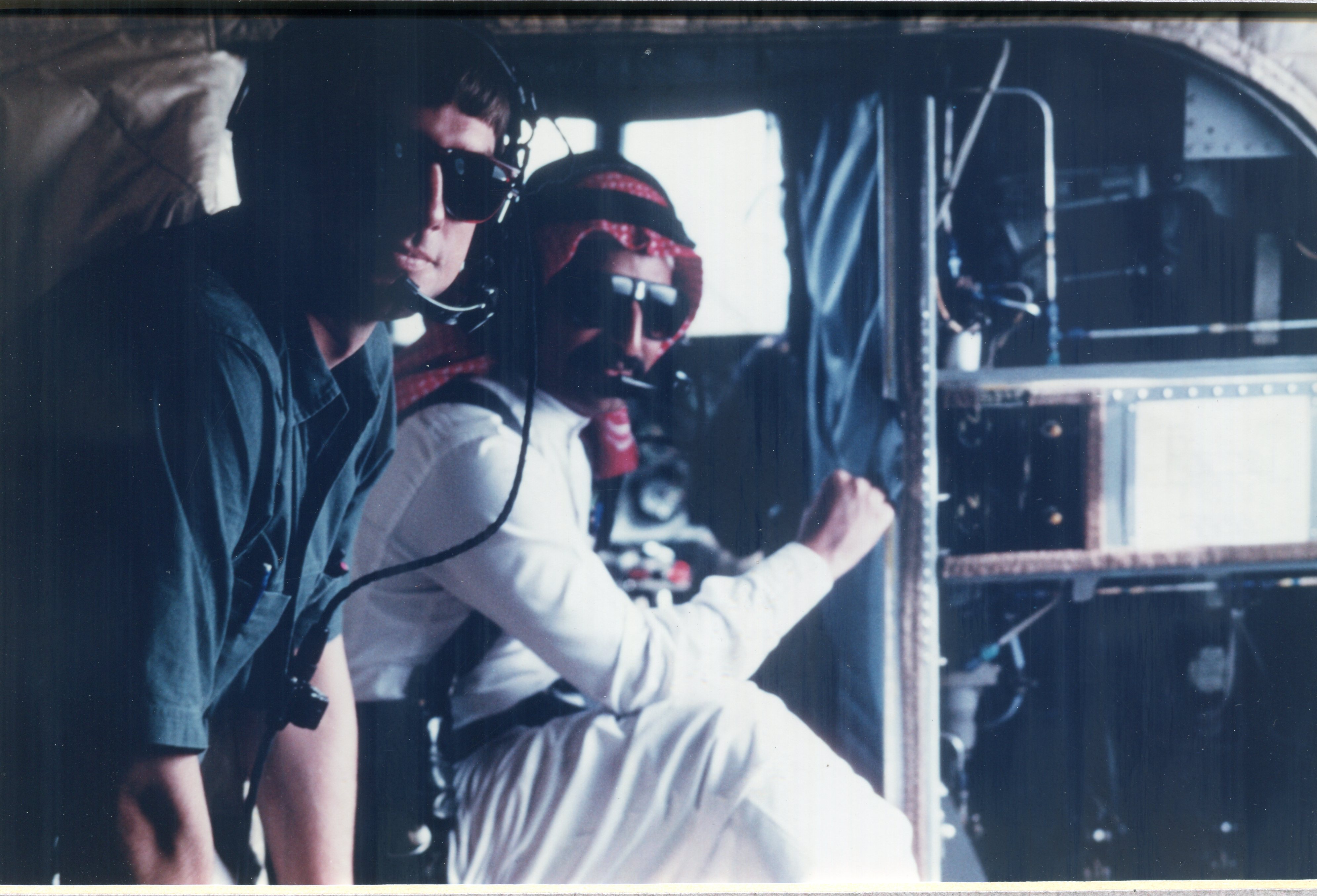 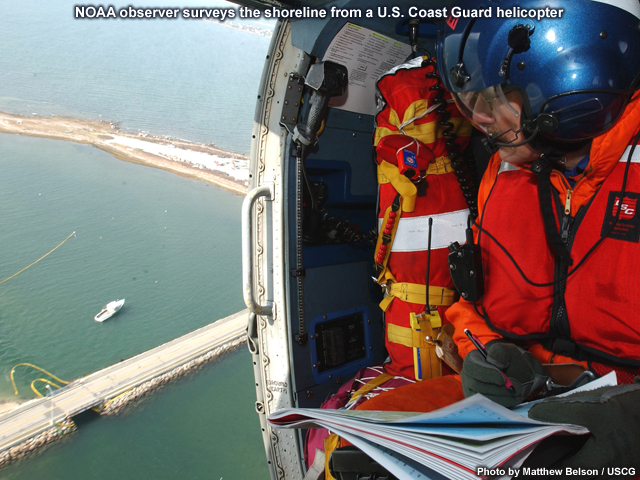 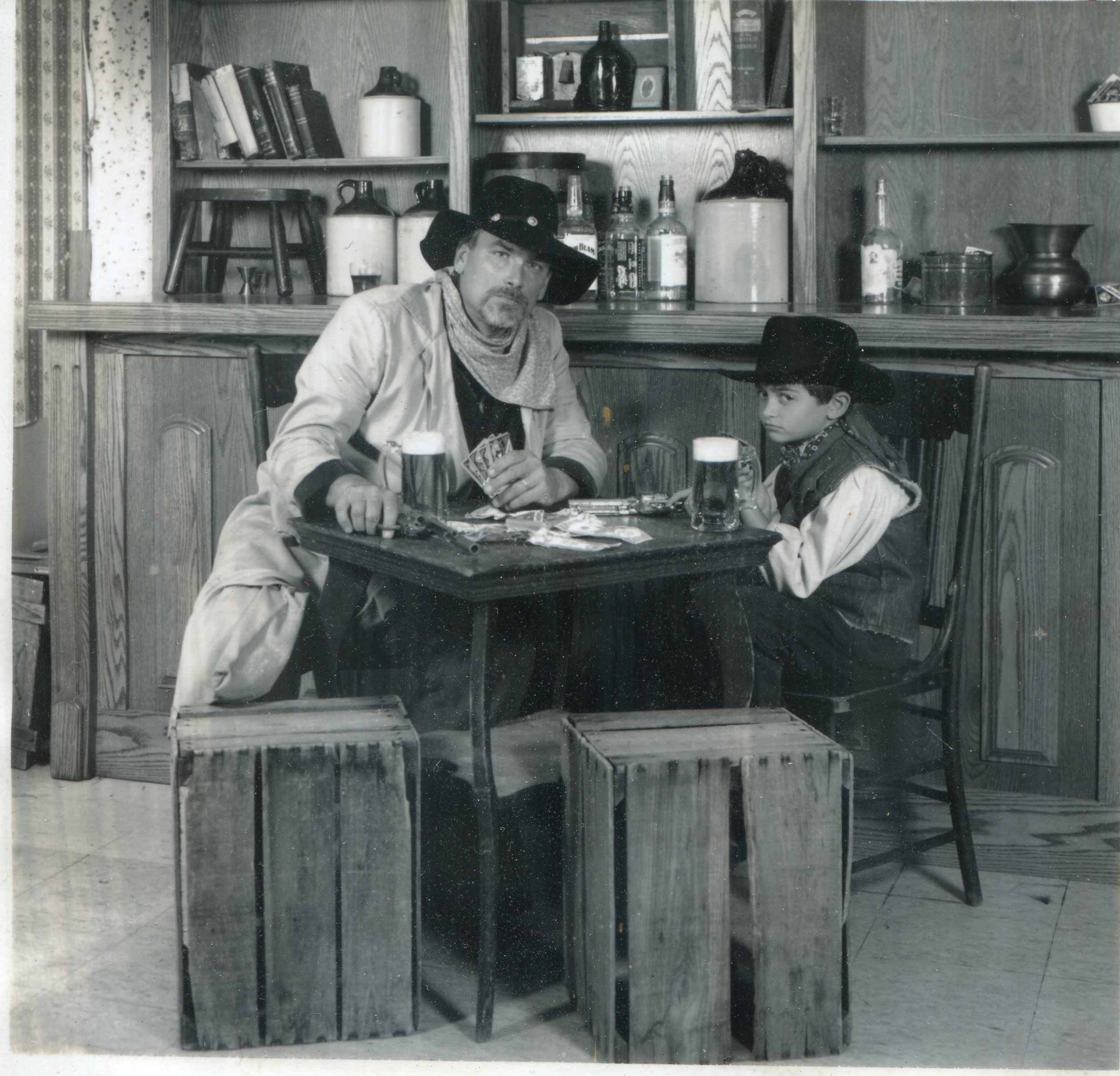 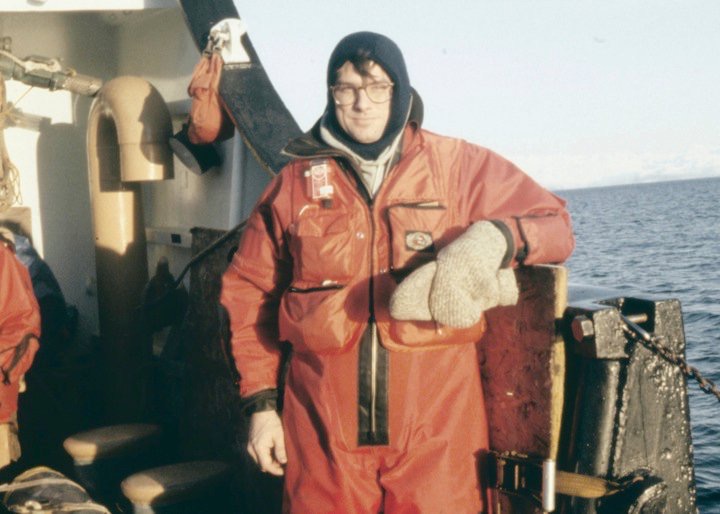