This is the ninth in a monthly series profiling scientists and technicians who provide exemplary contributions to the mission of NOAA’s Office of Response and Restoration (OR&R). This month’s profile is on Marine Debris Program Pacific Island Regional Coordinator Mark Manuel. 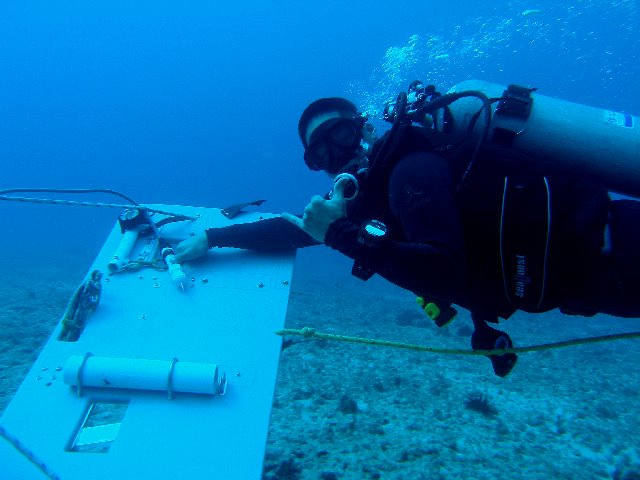 As the regional coordinator for the Marine Debris Program’s Pacific Island Region, Mark Manuel currently leads efforts to address marine debris in Hawai‘i and the territories of American Samoa, Guam, and the Commonwealth of Northern Mariana Islands.

The Hawaiian archipelago is prone to accumulating marine debris because of its central location in the North Pacific Gyre. Regional efforts center around working with local partners to address marine debris through removals and prevention by way of education and outreach.

Born and raised on the island of Hawai‘i, Mark has spent his life surrounded by the ocean cultivating his cultural, scientific, and recreational connections with it. Mark was inspired by a fellow Hawaiian marine science teacher who first introduced him to the field of marine science. He followed his love for the ocean in his educational pursuits earning a bachelor’s degree in marine science and a master’s degree in tropical conservation biology and environment science from the University of Hawai‘i at Hilo.

Prior to joining the Marine Debris Program in 2015, Mark held positions as a marine debris field technician, research specialist, and operations manager in the Pacific Islands Fisheries Science Center’s Coral Reef Ecosystem Division. Through participation in a number of coral research expeditions throughout the Pacific including marine debris survey and removal efforts in the remote Northwestern Hawaiian Islands, Mark’s specialized background and experiences uniquely informs his current position within the Marine Debris Program.

“Because of the firsthand experience I had removing thousands of pounds of marine debris on our shorelines, I thought it was important to support the mission of the Marine Debris Program and ultimately join the team,” Mark said.

When asked about the challenges presented by his job, Mark notes the magnitude and complexity of the marine debris issue.

“We are experiencing ever increasing amounts of marine debris on our beloved shorelines and waters every year. Though it is a global issue, I am hopeful for our future as we know that solutions start locally and we are very lucky to have a Pacific community that is especially connected and caring of our oceans,” shared Mark.

Reflecting on the most rewarding aspects of his work, Mark notes the hopeful future he holds for his two young sons and the ocean.

“A Hawaiian proverb I hold dear is: he ali‘i ka ‘āina, he kauwā ke kanaka – the land is chief, man its servant. Practicing this concept through my work and guiding my sons, I am confident in the work we do and excited for the future stewards of the ocean that we are raising.” 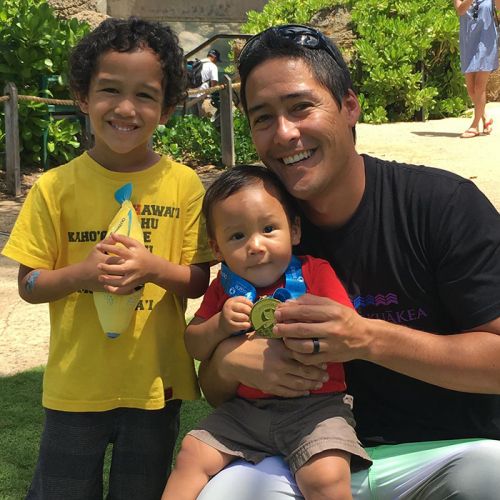 Mark and his two sons. Image courtesy of Mark Manuel. 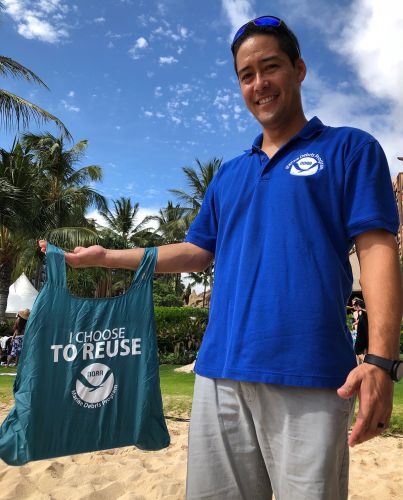 Image credit: NOAA.
Back to top