DEC. 5, 2022 — In late September 2022, the National Academies of Science, Engineering and Medicine (NASEM) released a pre-publication version of Oil in the Sea IV: Inputs, Fate and Effects. 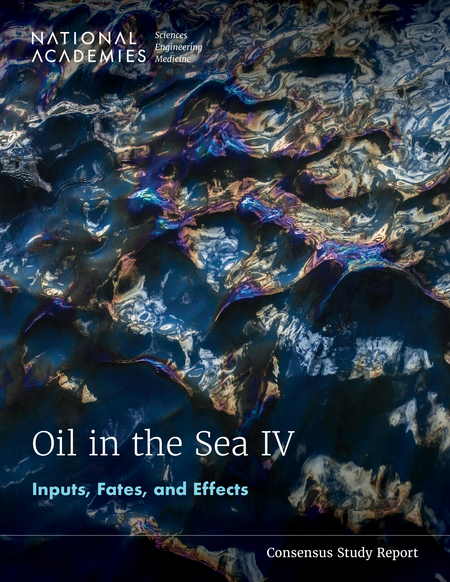 The report updates a previous NASEM report (Oil in the Sea III, 2003), and is the result of a two-year review by a committee of scientists who have been active in oil science during the past two decades. The committee was chaired by Marine Advisor Kirsi K. Tikka and co-chaired by Ed Levine, recently retired from OR&R's Emergency Response Division. The committee included representatives from academia, industry, and governments.

During the review process, the committee reviewed recent literature and called on numerous national and international professionals for presentations and documents. The committee estimated oil and fuel inputs from land-based and open ocean, provided updates on oil and hydrocarbon chemistry and fates, and presented new information on effects of oil and fuel spills, and spill response methods, on ecosystems and human health. The committee reviewed extensive new information resulting from response, research, and restoration following the April 2010 Deepwater Horizon blowout in the Gulf of Mexico.

Former and current staff at OR&R and OR&R contractors contributed to the review process. Scientist emeritus Gary Shigenaka served on the report’s peer review panel, and there are numerous references to papers authored or co-authored by OR&R scientists, graphics created by OR&R staff, and updates on OR&R projects.

While the report is undergoing final editing for a 2023 release, the pre-publication volume is available now. Find information on ordering the final printing here.