New Publication on the Relationship Between Growth Rates and Tissue Contaminants in Chinook Salmon in Portland Harbor, Oregon

JULY 19, 2021 ─ The week of July 12, a team of NOAA scientists and partners published a new study about  juvenile Chinook salmon in the Lower Willamette River as part of our work on the Portland Harbor Superfund Site. This research shines light on the impacts of pollution on young salmon outmigrating through the Lower Willamette River enroute to the ocean from the tributaries where they were spawned. 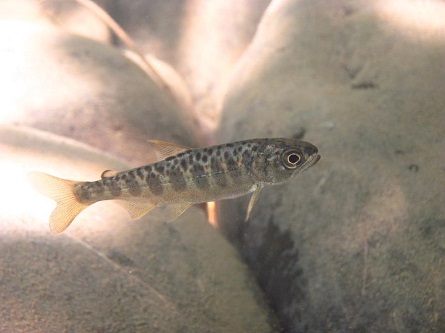 The researchers found reduced growth rates associated with contaminant levels in fish tissues, especially polycyclic aromatic hydrocarbons (PAHs) and polychlorinated biphenyls (PCBs). These contaminants are present in higher concentrations in fish from Portland Harbor than in fish captured upstream. Researchers examined rings on fish ear-bones, or otoliths, to measure years of fish growth much like you’d count rings on a tree.

The results of this research indicate that contamination in Portland Harbor impacts salmon growth, especially during the salmon's first year of life. This is important because salmon grow rapidly in the first year of life and is an indicator of its odds of survival and ability to eventually return to the Willamette River tributaries where they spawn.

The article is available for free for the public online.