OCT. 6, 2021 — NOAA and its Office of Response and Restoration (OR&R) continue to support the Unified Command in its response to the oil spill off the coast of Orange County, California. 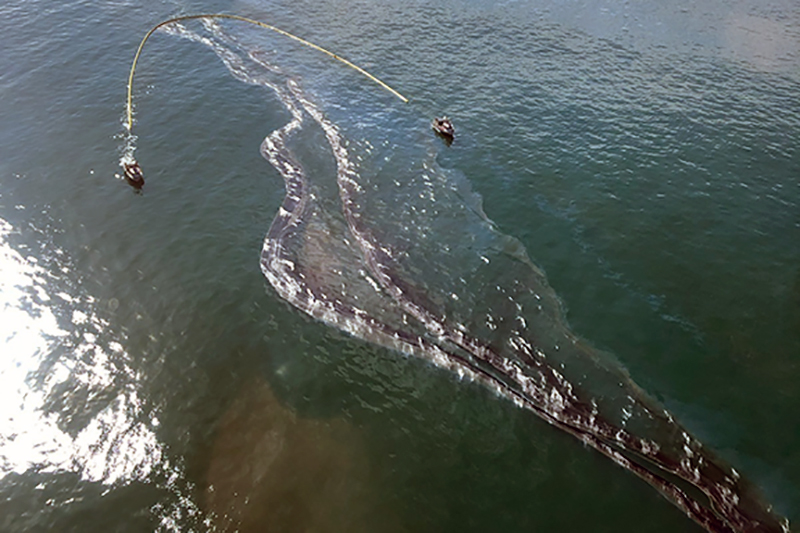 Information is being provided to the public through a Joint Information Center website, established by the Unified Command composed of the U.S. Coast Guard, California Department of Fish and Wildlife’s Office of Spill Prevention and Response, and Amplify Offshore (the Responsible Party).

At 8:40 a.m. local time on Oct. 2, 2021, the U.S. Coast Guard contacted NOAA regarding an unknown sheen in the waters off Huntington Beach, California. Roughly 45 minutes later, NOAA captured satellite imagery that became the basis for a marine pollution surveillance report, issued the same day by the Satellite Analysis Branch of NOAA’s Environmental Satellite, Data, and Information Service. The report showed oil slicks extending for more than 30 miles along the coast. A Unified Command was set up to direct spill response efforts.

At this time, the volume of the spill is still being investigated.

The source of the spill is a pipeline associated with the offshore platform “Elly” owned by Beta Offshore, a subsidiary of Amplify Energy. Platform Elly is a processing and gathering facility for four other production facilities off the coast. The volume and cause of the spill are still being investigated.

The cause of the spill remains under investigation. Preliminary surveys show potential anchor damage. Diver reports and remotely operated vehicle (ROV) footage by the Unified Command showed a 4,000-foot section of the 17.7 mile-long pipeline was displaced with a maximum lateral movement of approximately 105 feet and a 13-inch split, running parallel to the pipe. The footage showed no indications of oil still being released at the potential source of the leak.

There is a large number of ships anchored off the coast associated with the record backlog at the Port of Los Angeles/Long Beach.

A brief update follows; however, for current information, the Unified Command continues to update its Joint Information Center website. 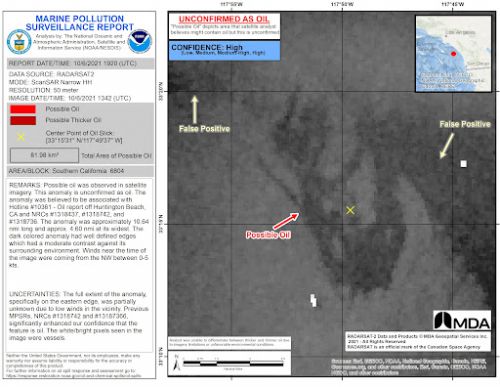 NOAA Fisheries is supporting the response effort by working with local partners on the recovery and rehabilitation of any oil-impacted marine mammals and sea turtles. NOAA’s National Weather Service forecasts are supporting the response, including scientific support products. NOAA wind forecast data and currents, from a combination of high frequency radar observations and models, are driving National Ocean Service modeling. The NOAA ship Fairweather is currently working on a project at the Channel Islands National Marine Sanctuary and is potentially available to support the response.