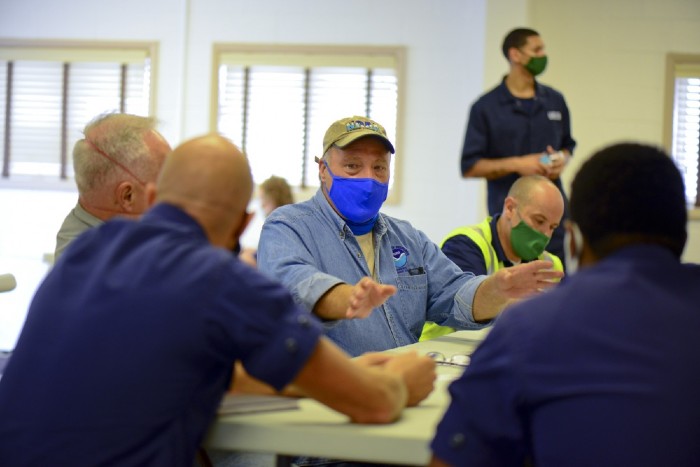 OCT 27, 2020 — After an unknown volume of heavy oil from an unknown source washed ashore on Broadkill Beach, Delaware on Oct. 19, NOAA’s Office of Response and Restoration went on scene at the request of the Coast Guard to assist in hindcasting and forecasting the spill.

Since that first day, tarballs have washed up on both bay-side and ocean-side beaches extending from Fowler Beach, Slaughter Beach, Prime Hook Refuge, Lewes, Cape Henlopen State Park, and continuing south to Rehoboth Beach, and Dewey Beach. On the morning of Oct. 26, the State of Maryland reported small amounts of tarballs coming ashore in Ocean City, Maryland. The cleanup continues more than one week later. Meanwhile, the Coast Guard continues to investigate the source of the spill and has spent over $1 million to date responding to the spill. Some Delaware beaches have been closed or have restricted access to facilitate cleanup.

More than 100 personnel have been engaged in the cleanup operation daily over most of the last week. The Coast Guard estimates that about 55 tons of oil, tarballs, oily sand and oiled debris — enough to fill four construction dumpsters — has been recovered so far. A Unified Command, consisting of the U.S. Coast Guard’s Sector Delaware Bay and the Delaware Department of Natural Resources and Environmental Control (DNREC), is managing the cleanup. An Incident Command Post has been established at the Slaughter Beach Volunteer Fire Department in Slaughter Beach. NOAA and the U.S. Fish and Wildlife Service are also assisting with the cleanup operations.

At the request of USCG Sector Delaware Bay, NOAA generated a trajectory model to assist with forecasting where the winds and currents may transport the tarballs, coordinated Endangered Species Act informal consultations with U.S. Fish and Wildlife Service and NOAA’s National Marine Fisheries Service, and have developed clean-up recommendations, best management practices, and clean-up end points.

The Unified Command has also received more than 60 reports of oiled birds, however, Tri-State Bird Rescue and Research, based in Newark, Delaware has not recovered any wildlife for rehabilitation.

While the oil spill cleanup continues, the Coast Guard and DNREC strongly advise the public not to handle any oily product found or attempt to assist affected wildlife along the shore, but to report these findings to DNREC's environmental hotline at 800-662-8802 so the situations can be addressed by hazmat-trained professionals. 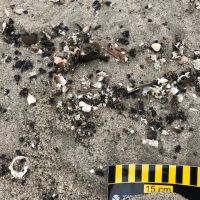 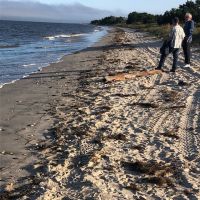 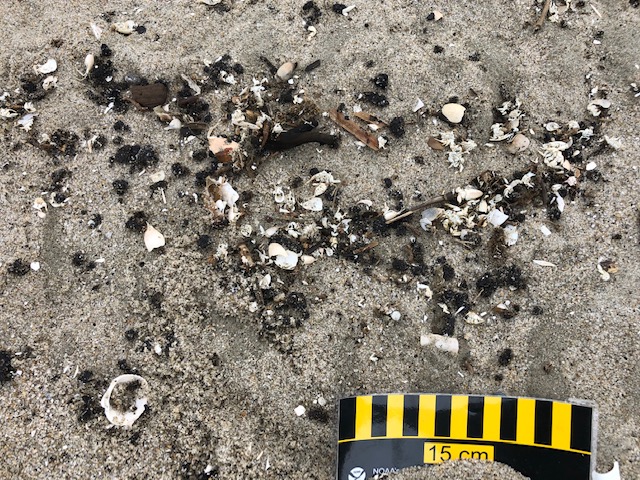 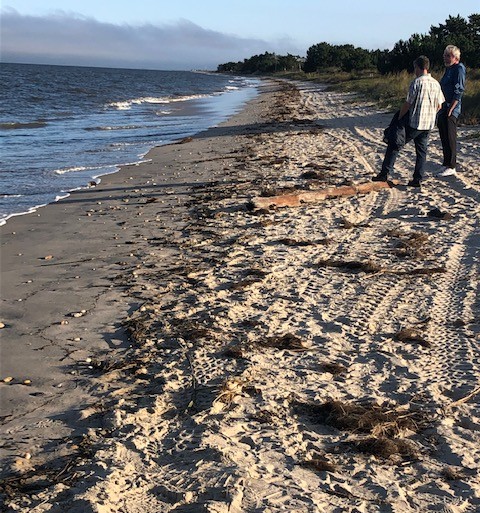