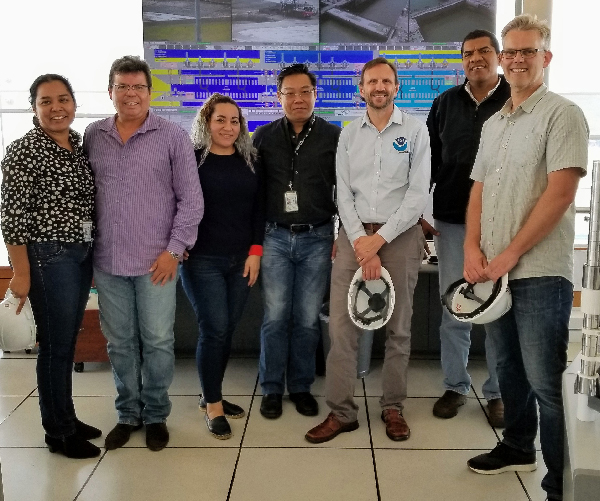 Chris and Dylan with the staff in the Control room for the Cocolí locks, the new larger locks on the Pacific side of the Canal. On the Far left is Aida Durán of the ACP Emergency Response Section. Dylan Righi in the far right, and Chris Barker second from the right. Image credit: NOAA.

While in Panama, Dylan and Chris met with the ACP's hydrographers, meteorologists, hydrologists, and navigation support to better understand the operation of water flow in the canal, and gather data necessary to calibrate the oil spill models.

In addition to gathering data, Dylan and Chris gave lectures on oil chemistry, properties, weathering, transport and modeling to the ACP response personnel. This visit was part of a long standing relationship between the ACP, NOAA and the US Coast Guard to support spill response preparedness in the Panama Canal.