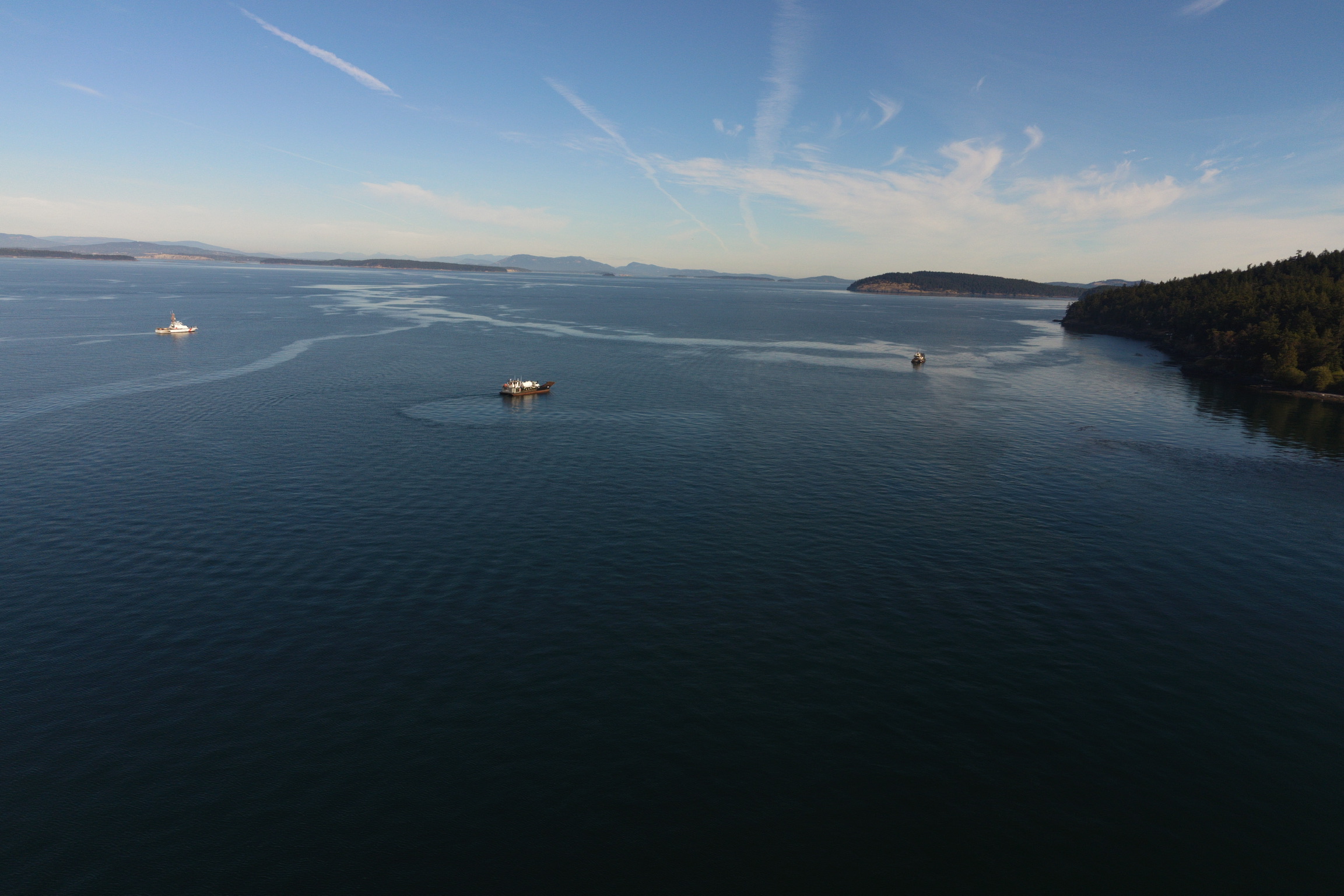 AUG. 17, 2022 — NOAA is continuing to support response efforts following the sinking of a commercial fishing vessel and the resulting diesel fuel spill 300 yards west of San Juan Island, Washington on Saturday, Aug. 13. The F/V Aleutian Isle was reported to have approximately 2,500 gallons of diesel fuel and 100 gallons of hydraulic fluid and lubricant oil aboard.

After the vessel sank, responders observed a sheen spanning about three miles that reportedly entered Canadian waters. NOAA’s Office of Response and Restoration is providing trajectory assistance for the spilled oil, as well as facilitating Endangered Species Act consultation with NOAA’s National Marine Fisheries Service for Southern Resident killer whales that are at risk in the area.

NOAA and its partners continue to monitor the area for the protected orca species, using aircraft overflights and underwater listening devices to monitor the animals’ locations. As of 2 p.m. Pacific Time on Aug. 17, no orcas were observed or acoustically detected near the spill area.

OR&R is also supporting ongoing efforts to recover the purse seine net from the sunken vessel, and ensuring the safety of water intakes in the region. 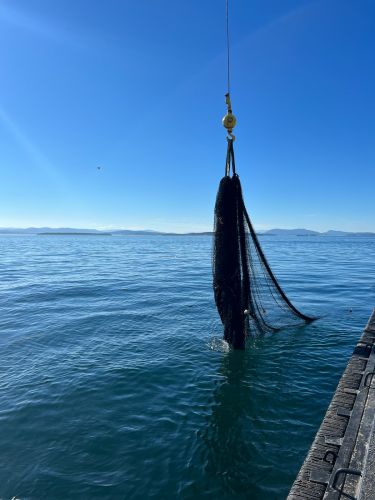 A lost net is raised out of the water by the crew of the Henry Blake. Image credit: U.S. Coast Guard.

In on-scene observations this morning, responders noticed a significant reduction in the visible sheen that was confirmed by drone and helicopter overflights, as well as by surface and shore assessments, according to the latest U.S. Coast Guard press release. By mid-afternoon the sheen appeared to have completely dissipated.

“I am proud of the interagency partnership and collaboration at all levels to respond to this pollution threat and minimize environmental impacts,” the federal on scene coordinator, Cmdr. Jon Ladyga, said in the release. “While optimistic about the on-water and shoreline assessments, we recognize that critical work remains”

As of Tuesday afternoon, more than 3,800-feet of absorbent boom had been placed throughout the affected area, in areas as far south as Kanaka Bay to areas as far north as the tip of Henry Island. Booming remains in place as a precautionary measure to protect sensitive environmental habitats.

The local salmon fishery opened yesterday amid the response efforts. While a 1,000-yard safety zone remains in effect, there are no additional restrictions as a result of the incident.

“We would encourage fisherman to avoid catching fish in areas where sheens are observed,” Dave Byers, state on scene coordinator with the Washington Department of Ecology said in the release. “Thankfully with the dissipation of all visible sheening today, there should be no impacts to salmon fishing.”

Support agencies include NOAA, Washington Department of Fish and Wildlife, Islands' Oil Spill Association, and the U.S. Fish and Wildlife Service. The Joint Response Team with Candanadians partners was also activated for coordination. The Unified Command is sharing information and coordinating with Canadian authorities. 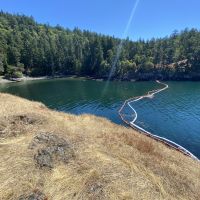 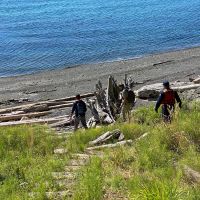 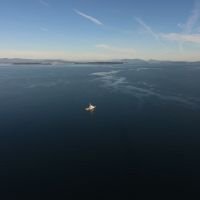 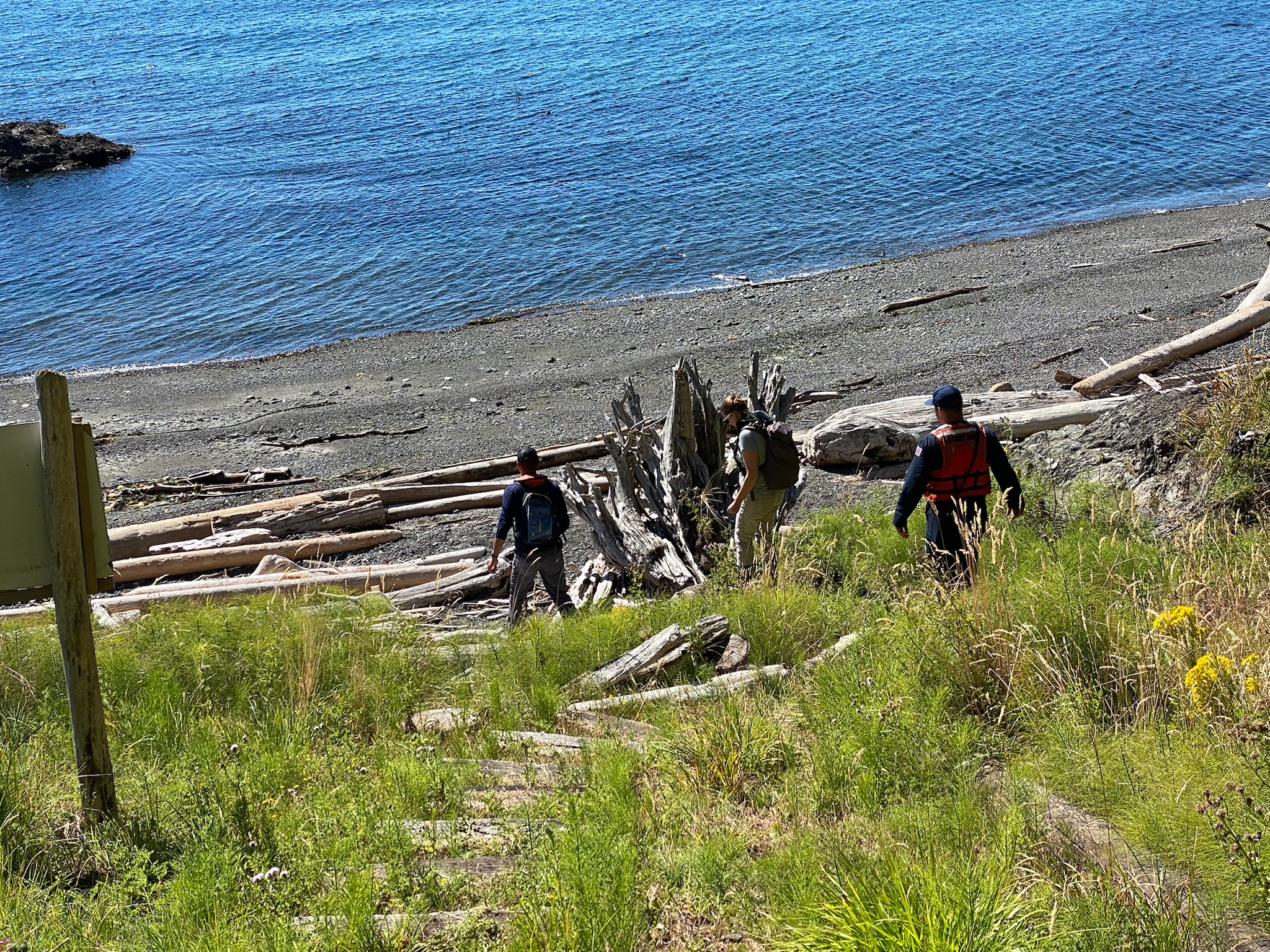 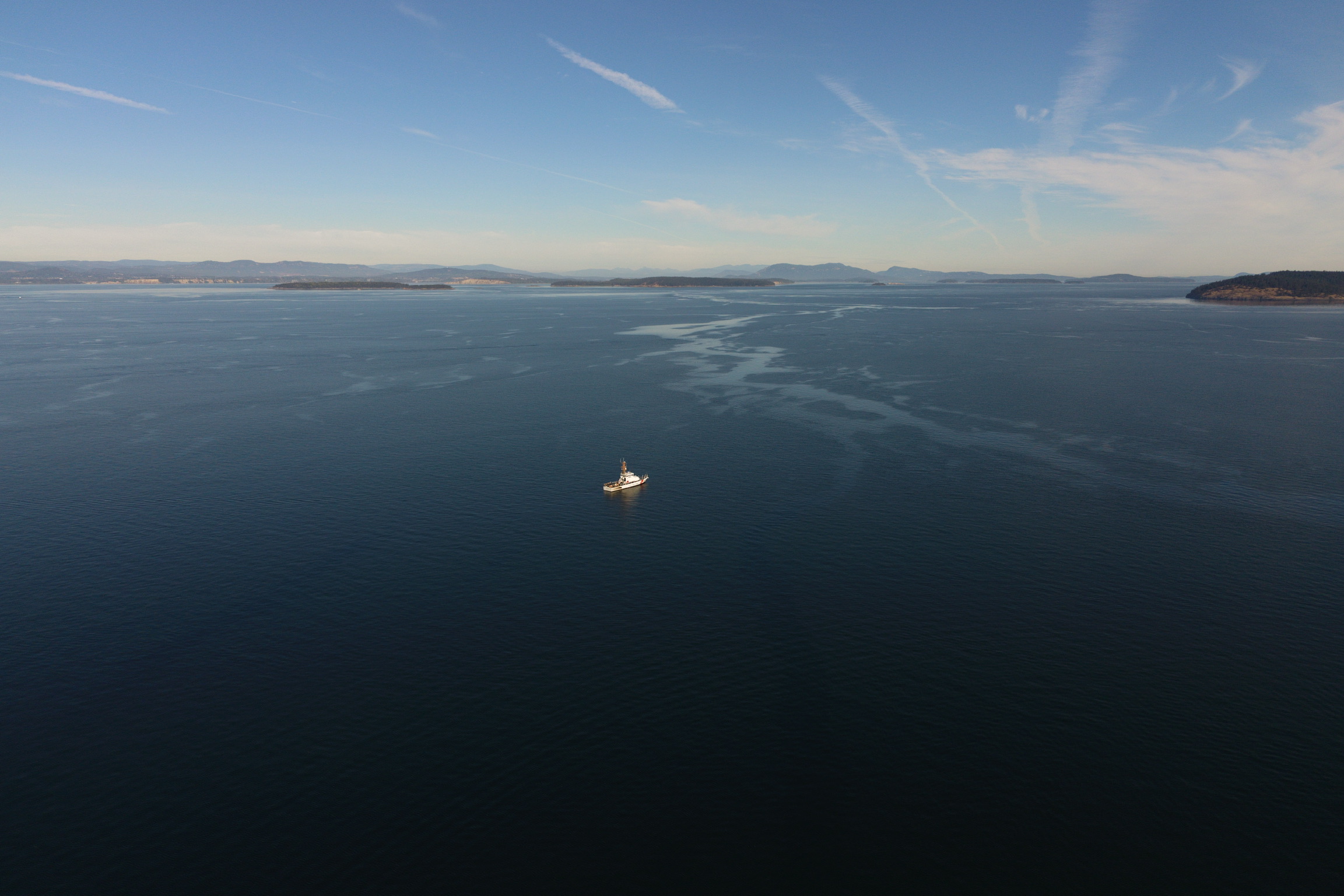