AUGUST 4, 2014 -- A few weeks ago a North Carolina fisherman had a sinking feeling as he saw "black globs" rising to the ocean surface about 48 miles offshore of Cape Lookout. From his boat, he also could see the tell-tale signs of rainbow sheen and a dark black sheen catching light on the water surface—oil. But looking around at the picturesque barrier islands to the west and Atlantic’s open waters to the east, he couldn’t figure out where it was coming from. What was the source of this mysterious oil? 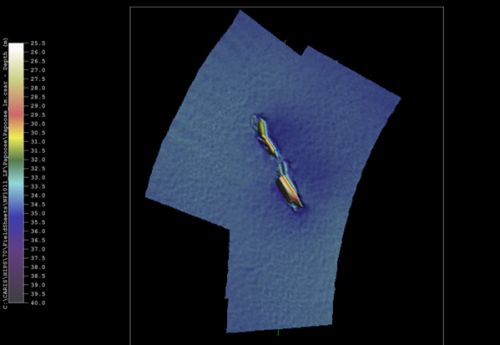