At about 1:30 a.m.on Tuesday, May 5, 1942,  the American Steam Tanker Munger T. Ball, en route to Norfolk, Virginia, from Port Arthur, Texas, with a cargo of 65,000 gallons of gasoline was hit twice by torpedoes and machine gun fire from the German U-507 about 80 miles northwest of Key West, Florida. The first hit caused the tanker to burst into flames, preventing the crews’ ability to launch lifeboats, leaving 30 dead and four survivors who were able to swim away from the burning vessel and be rescued four hours later. The vessel sank within 15 minutes of the second hit. 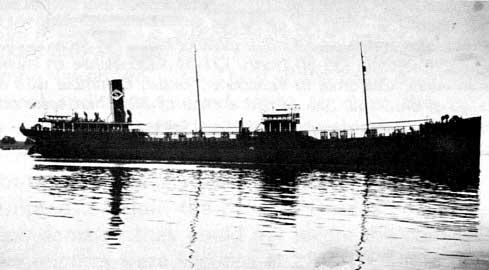