The Oil Pollution Act of 1990: 30 Years of Spill Response and Restoration 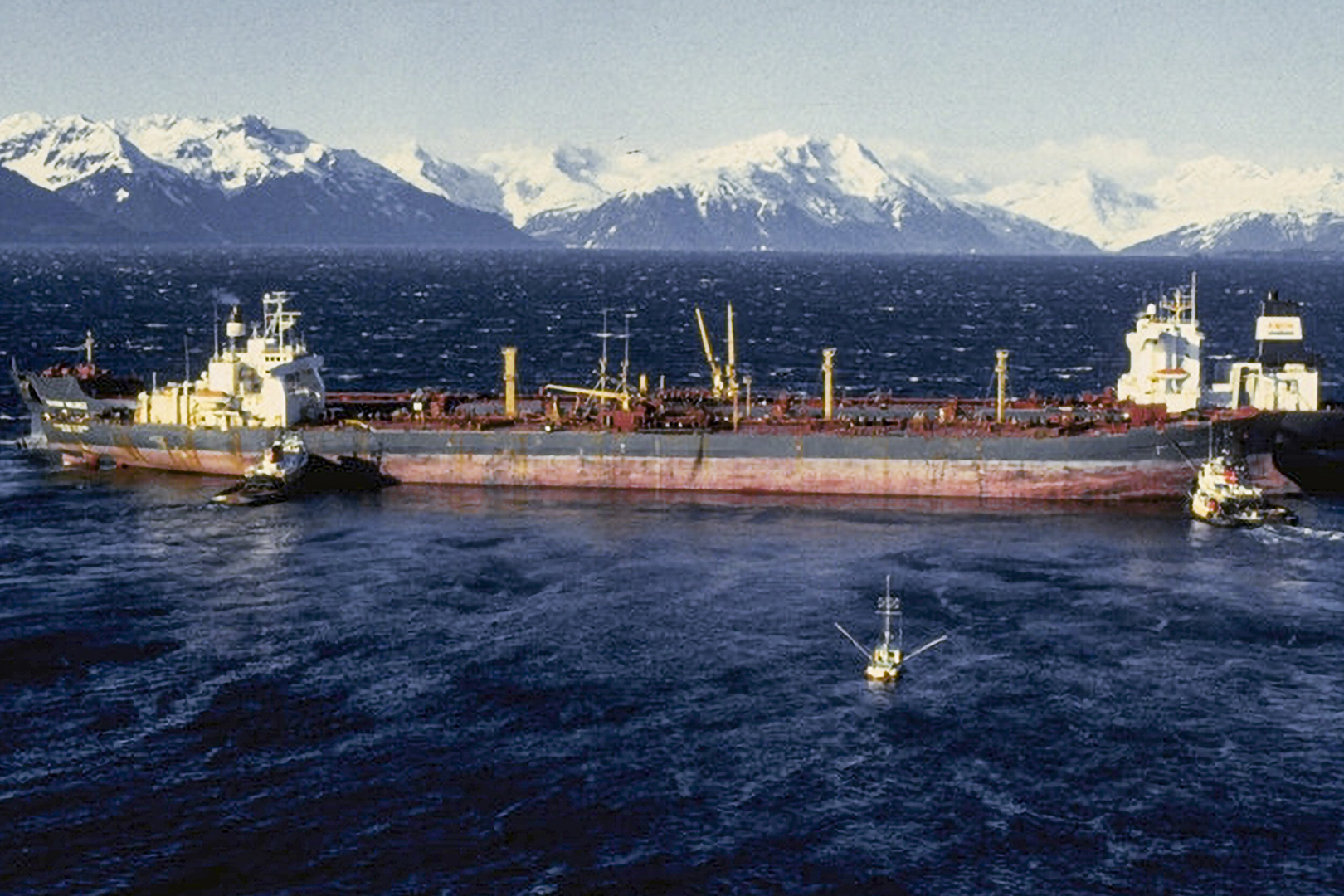 On March 24, 1989, the tanker Exxon Valdez ran aground on Bligh Reef in Prince William Sound, Alaska. Within six hours of the grounding, the Exxon Valdez spilled approximately 10.9 million gallons (259,500 barrels) of its 53 million gallon cargo of Prudhoe Bay crude oil. The oil would eventually impact more than 1,100 miles of non-continuous coastline in Alaska, making the Exxon Valdez the largest oil spill in U.S. waters at the time. Image courtesy of the Environmental Protection Agency.

The Oil Pollution Act of 1990 significantly improved measures to prevent, prepare for, and respond to oil spills in U.S. waters.

This historic legislation gives NOAA and other agencies the authority to address impacts to natural resources caused by oil spills in U.S. waters and shorelines, and to hold polluters accountable.

Congress passed this legislation, and President George H.W. Bush signed it into law on Aug. 18, 1990.

Thirty years later, we’re looking back at the events leading up to the passage of the Oil Pollution Act, what’s happened since then, and how NOAA and its partners continue to keep our nation’s coast clean from the threat of oil pollution under this important historic legislation.

This month, tune in below as we share blogs, story maps, and more to celebrate the 30th anniversary of the Oil Pollution Act.

While oil spills and marine debris are hardly synonymous, when it comes to abandoned and derelict vessels, the two worlds often meet. In this blog, learn more about how OR&R's Marine Debris program helps keep our nation's coasts clean from threats of oil pollution. Read the full blog here.

The legacy of the Oil Pollution Act is that it remains as important in 2020 as it was in 1990. In our latest story map, explore 30 spills from the past 30 years that highlight the importance of this historic oil pollution legislation. View the story map here.

The Oil Pollution Act of 1990: A History of Spills and Legislation

Though a unique and historic piece of legislation, the Oil Pollution Act of 1990 was not the first of its kind. Learn more about the various iterations of oil pollution legislation and the spills that inspired them in this blog by marine biologist Gary Shigenaka. Read the full blog here.

Argo Merchant: What if It Happened Today?

The history of our office began in 1976 with the grounding of the tanker Argo Merchant near Nantucket Shoals in Massachusetts. But what if the Argo Merchant happened today, with the protections and preventative measures offered by the Oil Pollution Act? Read the full blog here.

On Aug. 18, 1990, President H.W. Bush signed the Oil Pollution Act. The act gave NOAA and other agencies improved authorities for spill prevention, response, and restoration in the nation’s navigable waters and shorelines. Like many other laws, it has been subject to various amendments over time to address emerging issues or to strengthen or clarify the original law. Read the full blog here.

Who Pays for Oil Spills?

After every major oil spill, one question comes up again and again: Who is going to pay for this mess? While the American public and the environment pay the ultimate price (metaphorically speaking), the polluter most often foots the bill for cleanup, response, and restoration after oil spills. In sum: You break it, you buy it. Read the full blog here.

When an oil spill happens, whoever is responsible pays for the cleanup and restoration. But this has not always been the case. Thirty years ago, on March 24, 1989, the oil tanker Exxon Valdez grounded on Bligh Reef, rupturing its hull and spilling almost 11 million gallons of crude oil into Alaska’s Prince William Sound. Read the full blog here.

Exxon Valdez wasn't the only big spill of 1989. Between June 23 and 24, three different oil tankers accidentally poured their cargo into U.S. coastal waters. Learn about how the spills of 1989 influenced the work that NOAA does today to respond to and restore the environment after oil spills in this story map.