OCTOBER 11, 2021 ─ The Pacific States/British Columbia Oil Spill Task Force recently announced winners of its Legacy Awards and we are excited to announce that OR&R scientist emeritus Gary Shigenaka was selected for a 2021 Legacy Award in the individual category. 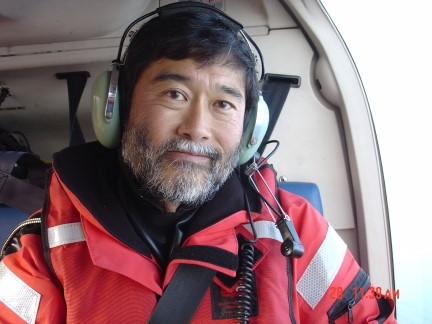 Every two years, the Task Force recognizes individuals, teams, or entities that have carried out exemplary work in the field of oil spill prevention, preparedness and response. Legacy Awards serve as the Task Force’s acknowledgement of outstanding work and accomplishments to foster best practices, to support and protect communities, and to protect the environment.

For over 40 years, Gary has provided biological and shoreline assessment support during hundreds of oil spills across the country and internationally, as well as notable scientific research that substantially advanced the capabilities of the spill response community. Gary's response tenure has been bookended by the two most significant oil spills in U.S. history—the 1989 Exxon Valdez oil spill in Prince William Sound, Alaska and the 2010 Deepwater Horizon oil spill in the Gulf of Mexico.

A prolific and admired author, Gary has published over 50 technical reports, publications, and papers on the science and application of his spill-related research, including aquatic toxicity, biological effects monitoring, in situ burning of oil, and oil weathering. He has served as a contributing author or technical editor of a number of highly regarded OR&R reports on spill planning and response considerations related to coral, mangrove, and sea turtle habitats.

Gary's knowledge and experience has benefited responders throughout the U.S. and around the globe, such as those supporting the spill from the tanker Nahodka in the Sea of Japan in 1997; the Prestige spill in 2002—one of Europe's worst oil spills, that devastated Spain's northwestern coastline—and the spill of furnace oil into a UNESCO World Heritage site in Bangladesh in 2014.

An exceptional accomplishment in Gary's career was his screenwriting for and directing of the award-winning documentary, Hindsight and Foresight: 20 Years After the Exxon Valdez Spill. The film reviewed this significant spill, showed how it changed U.S. laws and regulations, and identified our challenges for the future. It garnered a number of awards: a bronze Telly Award and a featured film at the Paris International Environmental Film Festival.

The 2021 Legacy Awards will be presented at the Task Force’s Annual Meeting taking place on November 17, 2021. This year, due to COVID-19 concerns, the Annual Meeting will take place in a virtual format.