OR&R Speaker Series: A Subsea Solution to the MC20 Pollution by Timmy Couvillon

AUGUST 24, 2020 — The MC20 site in the Gulf of Mexico has been associated with persistent plumes of oil and gas and surface oil slicks.  An oil platform owned by Taylor Energy Co., LLC collapsed after an underwater landslide during Hurricane Ivan (2004). 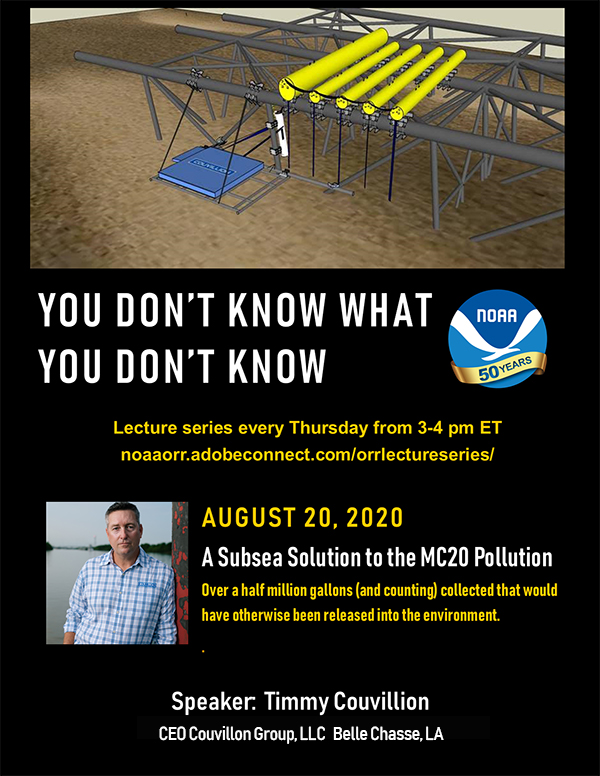 In a two-part presentation for the OR&R weekly series, YOU DON’T KNOW WHAT YOU DON’T KNOW, both the science of oil chemistry and flux rates and the engineering of the containment system were discussed.  The program followed the logical progression of science to engineering.  The science indicated differences in volume estimates from those previously advanced and the containment system is currently in operation, collecting released oil.