Hurricane Sally made landfall at Gulf Shores, Alabama, on September 16, 2020 as a Category 2 storm with 105 mph winds and devastating storm surge.  The storm’s impacts extended across a broad area of the Northern Gulf of Mexico. 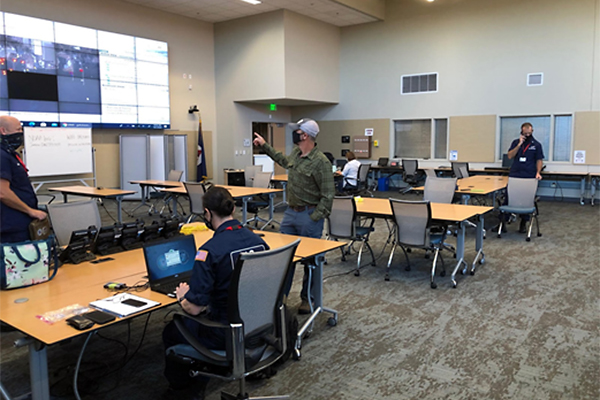 In the wake of Hurricane Sally, more than 1000 displaced and sunken vessels have been identified, 100 of these vessels are reported as leaking fuel, and oil pollution suspected to be ruminates from the Deepwater Horizon Oil Spill in 2010 has remobilized and washed ashore on the Gulf Islands National Seashore just across the Alabama border in Florida.  As the coastal marine response transitioned from immediate threats to life and safety to coastal debris and pollution, OR&R continues to provide mission support.  The Gulf of Mexico Disaster Response Center (DRC) located in Mobile, Alabama, is transitioning to the U.S. Coast Guard Hurricane Sally Command Post for Marine Environmental Response supported by an OR&R Scientific Support Team.  It is expected that this next response phase will take two to four weeks.

The NOAA Gulf of Mexico Disaster Response Center was built to survive storms such as Hurricane Sally, while providing a base of operations for emergency response support.  Initially, U.S. Coast Guard Sector Mobile, which is responsible for coastal Mississippi, Alabama, and the Florida Panhandle, relocated command and planning operations to the DRC in advance of the storm.