NOV. 7, 2022 — The Office of Response and Restoration recently participated in the final of four multi-agency hotwashes to debrief the F/V Aleutian Isle sinking incident that occurred in the San Juan Islands in the state of Washington. 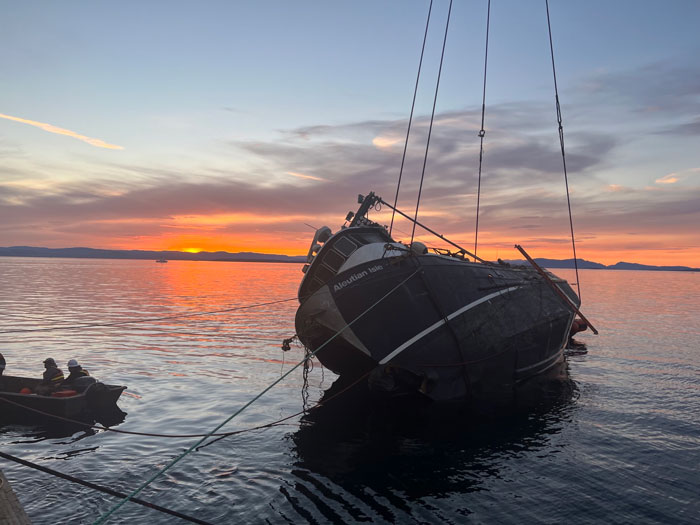 The incident began on Aug. 13, when the purse seiner Aleutian Isle, containing 2,500 gallons of diesel fuel, sank 200 yards off the coast of San Juan Island and near a common transit route of the federally endangered Southern Resident killer whale. The sinking initiated an international response that would last 42 days and become the first Type 2 incident (requiring regional and/or national resources) for U.S. Coast Guard Sector Puget Sound in 15 years.

The hotwash included responders from the Coast Guard, OR&R's Emergency Response Division, NOAA's National Marine Fisheries Service, the U.S. Fish and Wildlife Service, the Washington Department of Ecology, San Juan County, and contract responders and salvagers, with the intent on celebrating the successes of the response and improving response measures for future incidents in the Pacific Northwest.

During this response, OR&R's Northwest scientific support coordinator and Northwest regional response officer provided 42 days of support to the Coast Guard with technical scientific advising of currents, weather, transboundary communications with Canadian partners, endangered species, fishing net debris, while navigating political and public interest. These two put their scientific coordination skills to the test as they most noticeably: 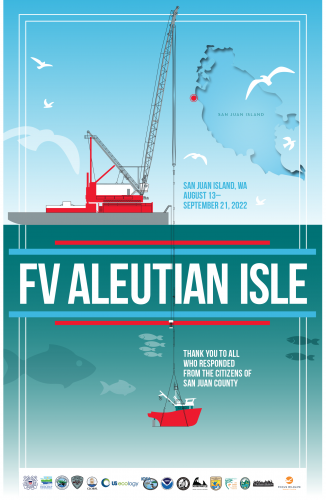 A thank you poster from the citizens of San Juan County, Washington to the responders.

The response was an outstanding collaboration between multiple NOAA, federal, tribal, state, and local agencies to identify a significant threat to a sensitive area, and showcased the dedication our responders have in the Pacific Northwest to protecting natural resources.

The hotwash that occurred on Oct. 28 was the final of four hotwashes, and responses and ideas from each meeting will be compiled into a Coast Guard After-Action Report.