Millions of people live, work, and play in the New York-New Jersey Harbor area which supports a multi-billion dollar port, a transportation hub, and an industrial complex. These activities and its dense population are a tremendous asset to our Nation’s economy but also put immense pressures on the natural resources we depend on for our livelihood. 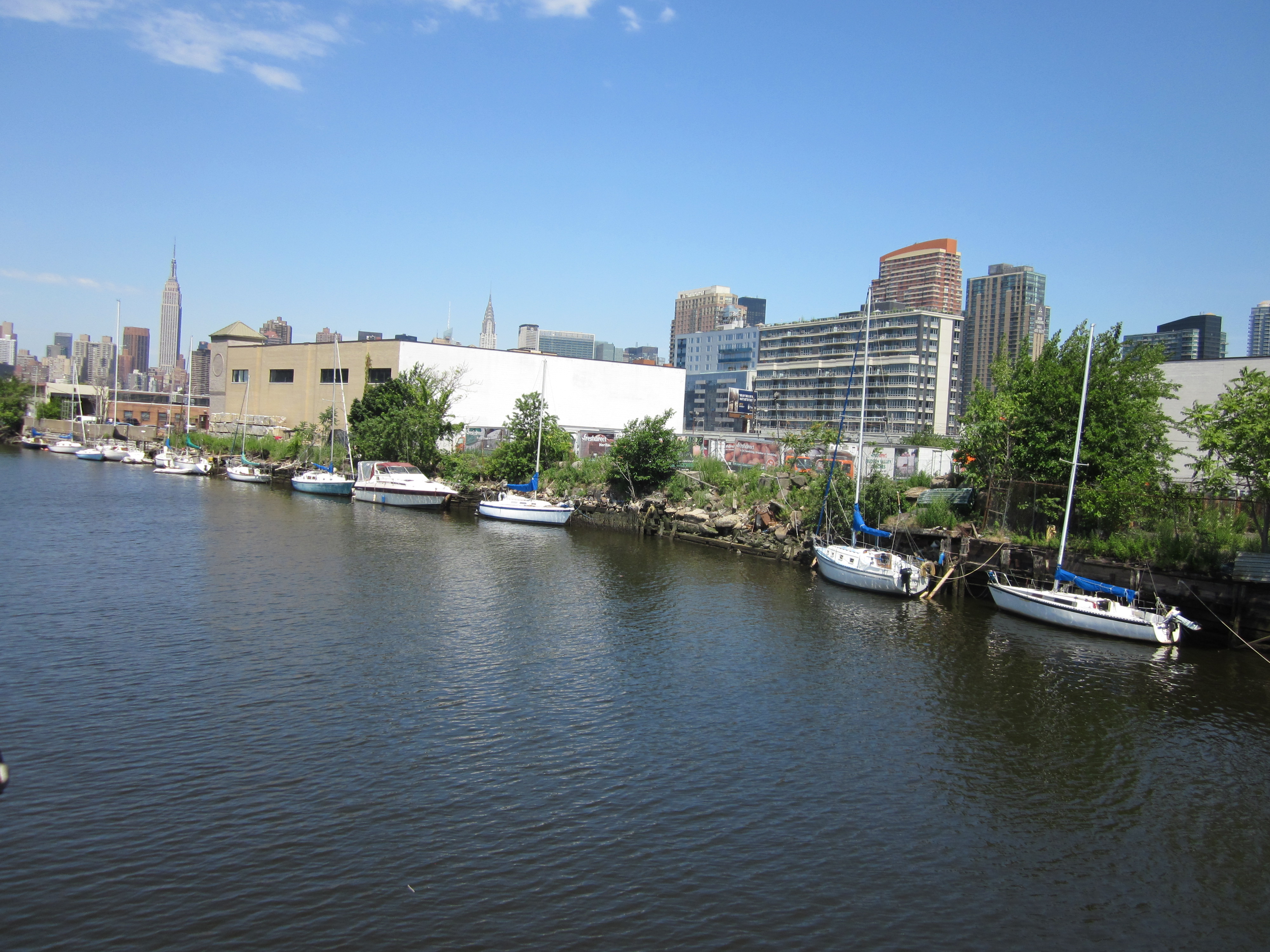 The harbor has a multitude of toxic waste sites, many of which have been included on the National Priority List - often referred to as Superfund sites. Ensuring restoration of natural resource services lost due to releases of hazardous substances and/or oil is particularly critical in highly populated areas like the New York-New Jersey Harbor.

As a Natural Resource Trustee, NOAA works with federal, state, and tribal authorities to assess and restore coastal and marine natural resources injured by releases of hazardous substances and oil. Natural Resource Damage Assessments are conducted to determine the extent of injuries, evaluate the best ways to compensate the public for any lost use of natural resources, and quantify the associated damages.

Waste sites and spills in and around the New York-New Jersey Harbor have contributed to releases of a variety of contaminants including:

NOAA is currently engaged in some important Natural Resource Damage Assessments in the New York-New Jersey watershed including:

Cleaning up toxic waste and restoring natural resources and the services they provide the public in highly developed and commercially important urban areas is complicated and sometimes takes a long time. Yet restoration of these resources and services is essential for the well-being of the millions of people here as well as for the continued economic strength of the region.

The Hudson-Raritan Estuary is a unique and nationally significant ecological and economic resource.

The estuary, where the Atlantic Ocean mixes with the Hudson, Hackensack, Passaic, Rahway, and Raritan rivers, creates one of the best natural harbors in the world and, as a result, one of the busiest ports. It also supports an ecological community of marine and estuarine life.

The coastal waters of the Hudson-Raritan Estuary include its inland rivers and bays and extend out across the continental shelf. These waters encompass a diversity of habitats including:

The diversity of habitat supports recreational and commercial fisheries.

The natural geography of the area continues to concentrate a tremendous variety of wildlife to the area and the diversity of habitat supports recreational and commercial fisheries. Hundreds of species of fish occur within the Hudson-Raritan Estuary. Restoring these natural resources is critical for the full benefits of this urban area to be realized for both the people and the fish and wildlife who make this area their home.

Effects of Urbanization and Industry

Hundreds of years of urbanization and industrialization have caused tremendous alteration and loss of shallow water, bottom, shoreline, and vegetated habitat in the New York-New Jersey Harbor and many of the remaining areas are degraded or isolated - providing sub-optimal habitat for plants and animals.

Poor water and sediment quality have altered ecological communities, threatened a variety of species, and negatively affected recreational enjoyment of the area.

In some areas, elevated concentrations of contaminants in fish and shellfish have caused the states of both New Jersey and New York to warn people not to eat, or to limit their consumption of, some of the animals they catch. Contamination can also restrict commercial and recreational fishing. Between 1976 and 1995, New York banned recreational fishing in 40 miles of the non-tidal freshwater Hudson and beginning in 1976 closed nearly 200 miles of the Hudson River to commercial fishing with few exceptions due to PCBs. The presence of contamination can negatively affect the public’s ability to utilize natural resources as well as alter their perception of the value of these ecological, recreational, and commercial resources within the Harbor and estuary.

However, the natural geography of the area continues to concentrate a tremendous variety of wildlife to the area. Over 100 species of fish occur within the Hudson-Raritan Estuary. Restoring these natural resources is critical for the full benefits of this urban area to be realized for both the people and the fish and wildlife who make this area their home.

Recreation—Healthy natural resources provide an array of recreational services – from fishing and boating to scenic enjoyment. Restoration of recreational uses of aquatic areas can include projects like improving boat ramps, fishing piers, and beach trails.

Improvement of recreational services is often an important component of projects designed to compensate for natural resource injuries in heavily populated areas like the New York-New Jersey Harbor.

Removal of obsolete dams that provide a recreational hazard like the Weston Mill Dam on New Jersey’s Millstone River, can increase safety and improve recreational and scenic enjoyment of a waterway. These dam removal projects can also improve fish stocks by both returning the flow of the river closer to its natural state and restoring passage for migratory fish, including American shad and river herring, to historical spawning and rearing grounds.

Economics—Coastal restoration results in stronger business growth, lower infrastructure costs, and improvements in other values measured by economists. Planned cleanup and proposed restoration projects along highly urbanized waterways such as the Gowanus Canal in Brooklyn and Quanta Resources in northern New Jersey have been associated with spikes in property values. Jobs are created when restoration projects are implemented and significant long-term benefits are enjoyed though ecosystem service enhancements such as improved fisheries, water quality, coastal resiliency, boating, and tourism.

The early stages of restoration planning for urban areas in the New York-New Jersey Harbor—for example the Passaic River and Newark Bay and Raritan Bay Slag— include cataloging restoration opportunities that can support not only fish and wildlife but also the surrounding communities by reducing impacts from storms and flood events and reducing the costs of flood-related property damage.

Outdoor Education and Stewardship—Natural areas nestled within densely populated urban areas are a treasure trove of outdoor education opportunities for teachers and researchers alike. Cleanup and restoration activities at the Gowanus Canal, located in the heart of Brooklyn, is often a highlight for New York City school groups seeking to connect their science curriculum to the local environment. This urban waterbody is commonly used as a teaching tool – providing a local hands-on learning opportunity.

Every fall, the Hudson River Park sponsors the NYC Marine Science Festival in lower Manhattan on the shores of the Hudson River. This event attracts thousands of people and, through interaction with scientists, researchers, and non-profits, connects them to their marine and coastal environment and builds support for the cleanup and restoration of the river, harbor, and the estuary.

Access to natural areas and these types of programs have been found to provide the public with a greater understanding of local history, a heightened feeling of ownership of our natural resources, and an increased interest in future habitat restoration and conservation projects in the region.

The Future for the Hudson-Raritan Estuary

Work is underway in so many parts of the New York-New Jersey Harbor to cleanup and restore the valuable natural resources of this historic region.

The public has come to recognize the importance of rehabilitating contaminated waterways in the Hudson-Raritan Estuary. Restoration of this region’s natural resource services is critical for the substantial number of people and the fish and wildlife who make this area their home.

To report an oil or chemical spill or other environmental emergency call the National Response Center at 1-800-424-8802. Check the EPA website for more information on reporting spills and environmental violations.

Reyhan Mehran and Lisa Rosman of the Office of Response and Restoration contributed to this article. 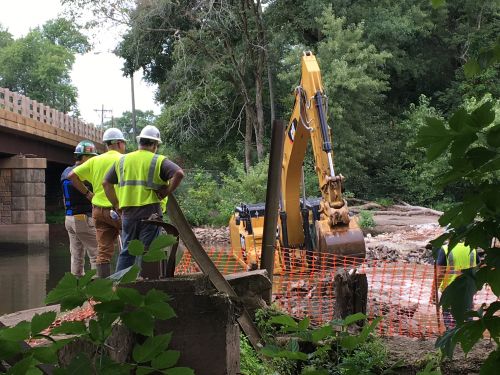 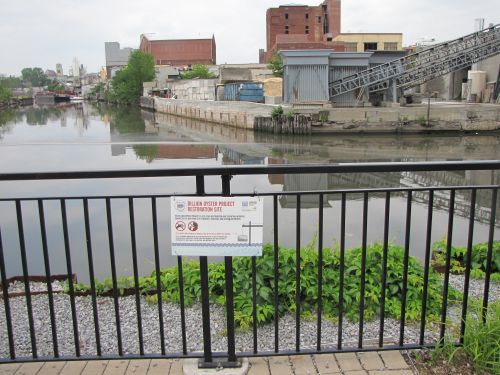 Cleanup of portions of the Gowanus Canal Superfund site in Brooklyn, NY, is scheduled to begin at the 4th Street Turning Basin. Image credit: NOAA. 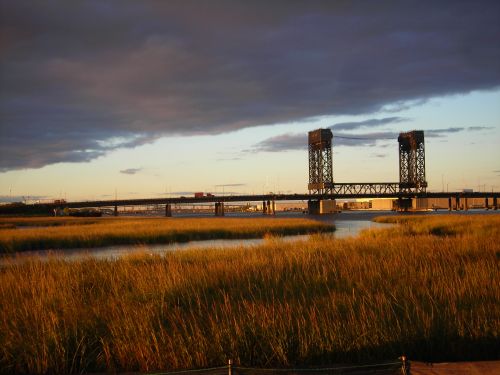