SEPTEMBER 16, 2019 — On October 10, the Public Broadcasting System (PBS) will air a documentary, “The Serengeti Rules.” 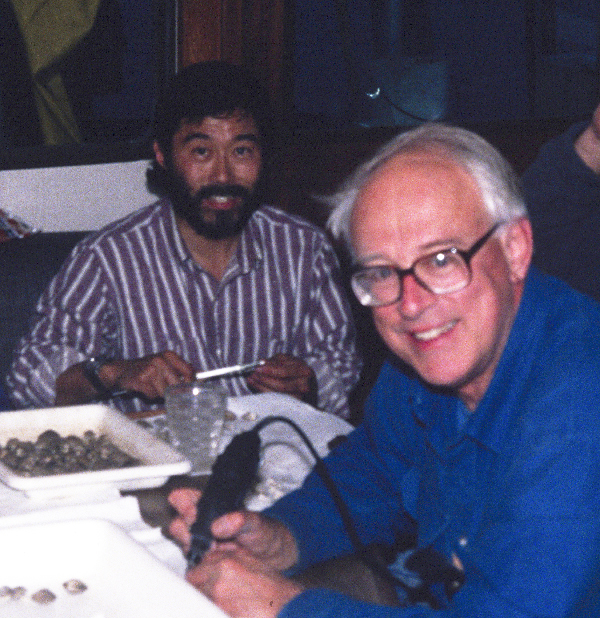 The film features five renowned ecologists who offered the world dramatic evidence of the concept of “keystone species.” It is a hopeful adventure story showing how ecosystems can recovery from human disasters and mis-management through understanding the roles of ecological interconnectedness and resiliency. Among the five people featured is the late Dr. Robert Paine (1933-2016), emeritus University of Washington zoology professor, who fostered the keystone species concept during decades of study of intertidal ecology on the Washington coast and elsewhere. Counted among his many former students and post-docs is Scripps ecologist Dr. Paul Dayton and, notably for NOAA, Dr. Jane Lubchenco, a former agency administrator.

OR&R’s direct connection with Dr. Paine dates back to the Exxon Valdez Oil Spill. In June, 1994, Gary Shigenaka invited Dr. Paine to join NOAA’s team in Prince William Sound to “field peer review” approaches and methods for the Exxon Valdez long-term monitoring program overseen by NOAA and OR&R. This program documented shoreline impacts and recovery from both the oil and cleanup activities.  Dr. Paine minced no words in pointing out what he considered to be oversights and suggesting improvements, among them the need to expand our monitoring beyond the typical small quadrats that were our focus. One result was stimulus to bring forward and continue the “Mearns Rock,” human-scale,  annual photography activity that has now reached 30 years in duration, currently completely conducted by volunteer scientists in Alaska.

Dr. Paine’s role in The Serengeti Rules documentary was recently brought to NOAA’s attention by his daughter, Susan Paine, a resident of Edmonds, Washington. In 2018, Susan had invited NOAA scientist emeritus Alan Mearns and Shigenaka to the University of Washington campus and offered books from Dr. Paine's extensive library just before it was closed down. And yet another connection: Susan Paine is a member of the “Save Edmonds Marsh” citizens’ group focused on reconnecting the local wetland to Puget Sound for the benefit of salmon recovery and ecological function. Edmonds Marsh is one of the annual Seattle Science of Oil Spills (SOS) field trip training sites, where students from around the U.S. as well as other countries are encouraged to contemplate the challenges inherent in responding to spills in complex wetlands.