Before the Exxon Valdez oil spill and the Oil Pollution Act of 1990 that followed shortly after, the Deepwater Port Act of 1974 (DWPA) provided guidance for deepwater port structures used for the import and export of oil and natural gas, including conditions to minimize adverse environmental impacts. 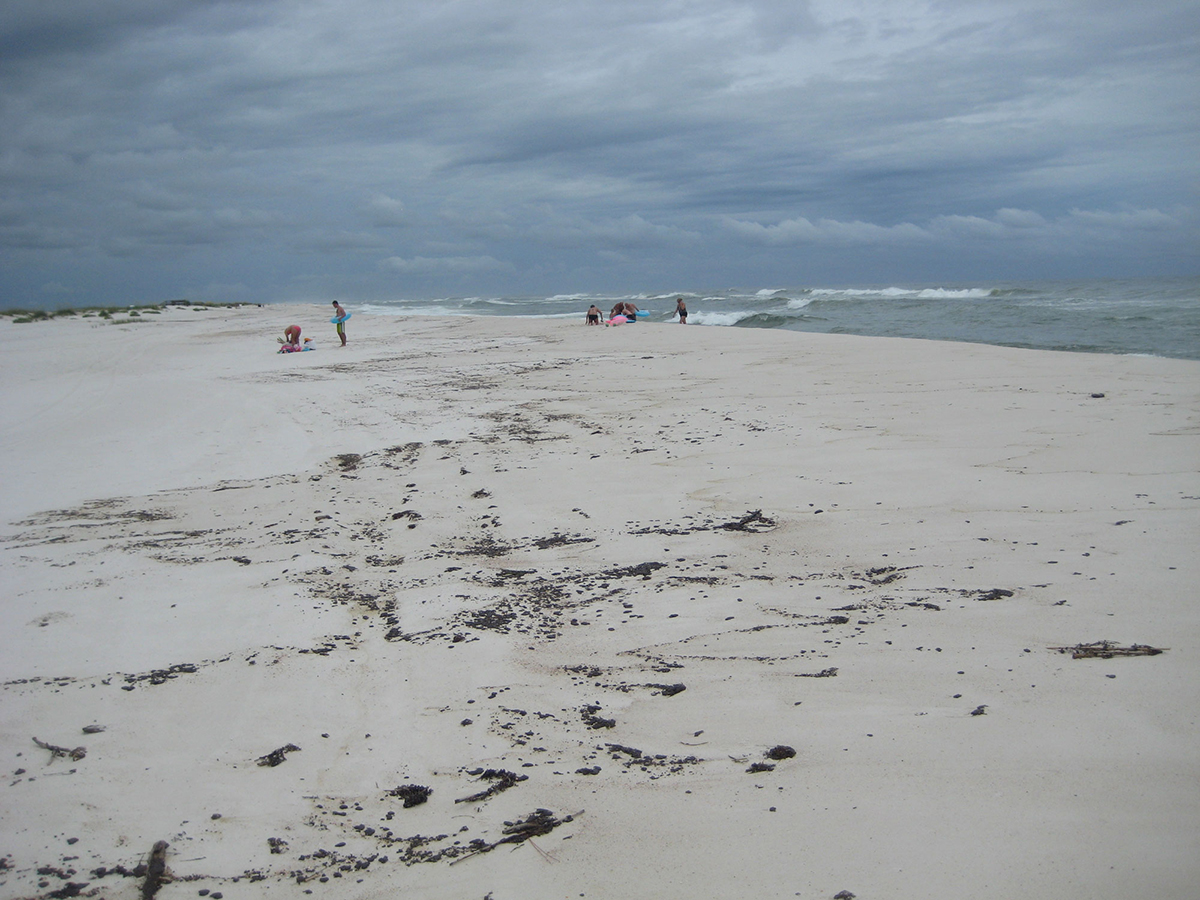 Extensive tarballs are visible in the foreground and surf zone in this image from the Gulf Islands National Seashore, Florida, shot on July 1, 2010. Image credit: NOAA.

This new law resulted in NOAA’s Deepwater Ports Project Office — an early predecessor to NOAA’s Office of Response and Restoration and the start of OR&R Senior Economist Norman Meade’s 43 year career with NOAA.

“There was an increase in public awareness that came from assessing costs and impacts from potential oil spills,” Norman said, adding that in the mid- to late 1970s NOAA had been very innovative in preparing for the potential negative environmental impacts that the rise in big tankers could lead to. Though, he said, it wasn’t until the Amoco Cadiz oil spill of 1978 that NOAA had the opportunity for a large-scale damage assessment.

On March 16, 1978, the super tanker Amoco Cadizran aground on Portsall Rocks three miles off the northwestern coast of France due to failure of the steering mechanism and stormy weather. The entire cargo — a total of 1,619,048 barrels of oil — spilled into the sea and polluted approximately 200 miles of the Brittany coastline, a very ecologically and recreationally important region of France.

“That was really the first oil spill that was studied in depth by lots of different disciplines under the rubric of the natural resource impacts,” Norman said. “I was involved with conducting a study of the economic consequences, which NOAA headed up in collaboration with French colleagues. For many of us, that was the first time we were involved in an empirical study of the economic impact of an oil spill.

Since then, the tools and methodologies available have evolved to offer a more in-depth precise estimate of the economic and social impacts of oil spills. Find out more below in the Q&A with NOAA economist Norman Meade:

Q: How have the economic assessment methodologies changed over time?

A: Since the late ‘70s when I got started studying the economic effects of oil spills, a number of state and federal laws and regulations have been created to codify how natural resource trustees, such as NOAA, are to go about assessing the ecological and economic impacts of oil spills and hazardous waste site releases. The biggest change over time is probably in the depth and accuracy of the results. They aren’t dramatically different, but they’re more refined and more sophisticated. There’s more data that can be relied on. Advances in the natural sciences have influenced the development of the social sciences — and vice versa — such that we can progressively get better insights into what the ecological and economic consequences are.

Q: When assessing the damages to natural resources, how do you arrive at a monetary number for what they’re worth? 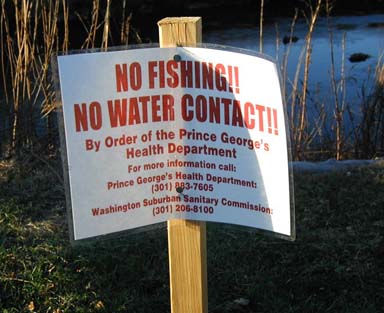 A: Looking at how we estimate the cost of spills, we are using what’s called non-market valuation — things that are not traded in ordinary markets. You don’t go to the store to purchase a trip to a clean beach, you may have other accrued costs — such as for transportation, entry fees, and the like — but you can’t buy that experience in the market.

For example, if you’re trying to preserve an endangered species, say an endangered chinook salmon in the Columbia River, what’s the value of that fish? Is it just the value of the price it could be sold for in a fish market? … Hardly. Some people also want to preserve the fish just for its existence — because people care about them swimming in the wild, maybe it symbolizes their view on what should exist in nature, and obviously Native Americans have their own cultural uses and values for salmon as well. Losses of the mere existence of species (natural resources) that members of the public care about would not otherwise be compensated for were it not for natural resource damage assessment laws and regulations. NOAA and other natural resource trustees act on behalf of the public to quantify losses of resources and/or their services and compensate the public for them. Without a trustee doing that, the public would be at a loss to recover them on their own because of the way our system of laws works regarding publicly owned natural resources. The principle that the natural resource damage assessment process is built on is that the trustees work on behalf of the public to make the public whole and to compensate them through restoration projects that try to provide equivalent projects and services to what they lost. It’s still not a perfect process, but we’re constantly learning and improving on the science, data, and techniques.

Q: How you decide what method to use for valuation? 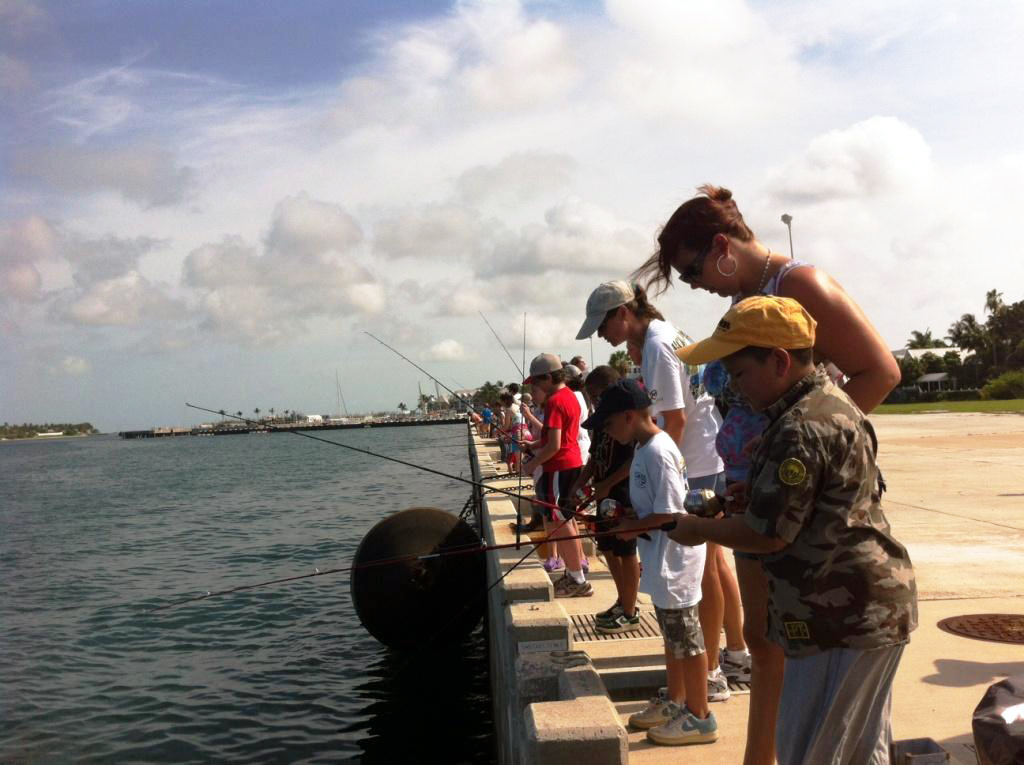 Revealed preference methods (RPM) and stated preference methods (SPM), they’re both survey based, i.e. where you have to collect survey data in order to estimate the value lost in, say, recreational activity. The travel cost method (aRPM),takes the cost people incur to travel to and from a site for a recreational activity and derives an estimate of the value of the recreational experience or trip. This allows us to estimate losses from oil spills that close beaches or result in fish consumption advisories. Even when people are just aware that there are contaminated fish in the water, how does that affect their recreational experience? … There’s also another type of human use loss, which I referred to earlier, known as passive use values, where you don’t exactly have to reveal your use of the resources. “Nonuse values” is a little misleading so we prefer to say “passive use values,” are for resources that people care about or just want to know they exist, say for future generations (a bequest value, if you will). That’s where the stated preference method comes in, we typically ask people their willingness to pay to prevent the loss or willingness to receive payment to accept a loss.

Most recently with the Deepwater Horizon natural resource damage assessment, we employed both stated and revealed preference methods to estimate recreational and total value losses. Recreational loss is a subset to the total value loss. Just because some people don’t ever go to the Gulf of Mexico, doesn’t mean that they don’t care about natural resources adversely impacted there by an oil spill. It [passive use value losses] could potentially pertain to anyone in the U.S. population, whereas the recreational losses would be limited to the people who actually recreated, or wanted to recreate, there. It took awhile for the concern over the oiling and the impact on people’s decisions and values to go back to baseline following the spill. Collecting recreational data for two plus years after the spill, there were telephone and mail surveys as well as on-shore surveys and aerial counts of users on the beaches of the Gulf of Mexico. We asked people retrospectively what their reaction was to the injuries caused by the spill. We described in detail the key injuries as we understood them from the natural scientists and we asked them what they would be willing to pay to prevent another Deepwater Horizon spill.

Q: From these surveys, have you discovered some resources that the public values more than others? 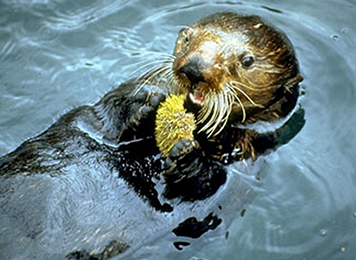 A: Different people care about different things. What you learn from these surveys is that there are big difference is what people care about. Such as the more charismatic critters like sea otters, whales, dolphins … not surprisingly more people resonate to those animals with higher expressions of value and importance than they do for small benthic organisms that live down in the sediments. But even for a generally acknowledged charismatic critter, like the sea otter, there are people who value them very little versus those who value them highly. ... Someone in Chicago, who has a greater passive use value for them, may value otters more highly than a fisherman living along the Pacific Coast.

Q: If you could emphasize to the public any one point, what would it be?

A: That human values and the natural world are very complex and we should not assume we understand either based on instinct, rather than sound scientific evidence. Scientists who get degrees in these subject areas will have a lot more knowledge, but that doesn’t mean that people without that knowledge don’t hold legitimate values for elements of the natural world. One of the things that has been a real benefit to society from the natural resource damage assessment process (in addition to compensatory restoration), is the knowledge and insights gained into the natural world and how people value the goods and services they provide.. The damage assessment process is in part a public process. When we get to the stage of having a successful claim and the damage assessment and restoration plan comes out with information on the value of the injuries and the preferred restoration projects, the public gets to comment on that, and in some cases, change the thinking of the trustees about what and how to restore. Outreach, communicating what the trustees are doing to restore those injured resources is key. We try to keep the public informed so they understand what they’re getting back for what they lost. 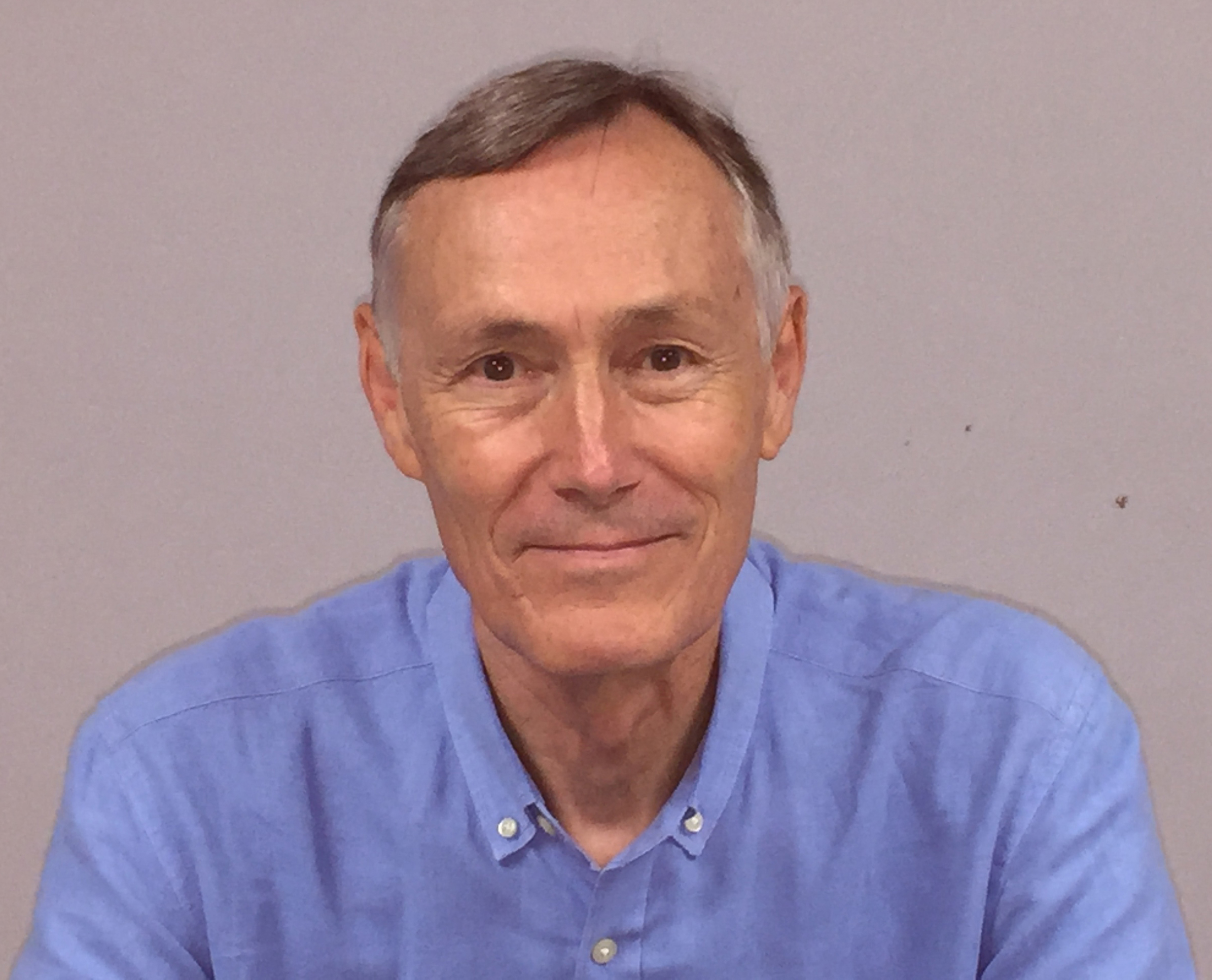 Norman Meade is the senior economist for NOAA's Office of Response and Restoration. He joined NOAA's Deepwater Ports Project Office in 1975 after working as a staff economist for the Environmental Protection Agency. He stepped into the role of senior economist for OR&R in 1990 and after 43 years at NOAA, Norman will be retiring this year. To learn more about Norman's work, read his recent paper titled "Estimating the value of lost recreation days from the Deepwater Horizon oil spill." 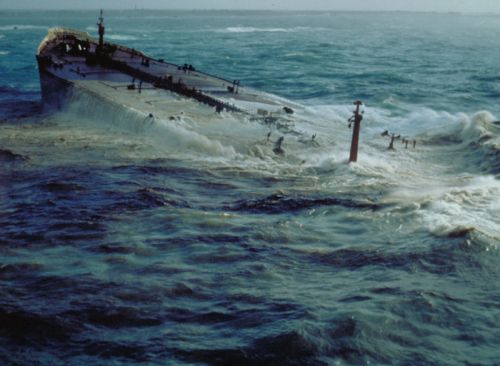 The VLCC tanker Amoco Cadiz oil spill. After the ship broke apart, its total cargo of 68.7 million gallons of oil spilled into the sea on the coast of Brittany, France. Image credit: NOAA.