SEPTEMBER 27, 2021 — NOAA has awarded a contract to Research Planning, Inc. (RPI) to refresh the Environmental Sensitivity Index (ESI) maps and data for Lake Erie. The work is expected to commence during the first quarter of FY22 and be completed by the end of the fiscal year.

Funding for this contract was provided through a partnership with the U.S. Coast Guard (USCG). As first responders, the Coast Guard rely on ESI maps and need accurate, updated information to maximize their resource protection and cleanup activities. NOAA appreciates their support in making this refresh possible.

The existing ESI data for Lake Erie was compiled in 1985 and represents some of the oldest ESI maps still in use, as well as some of the first ESIs produced anywhere in the country. The original maps were not produced digitally, meaning they are difficult to integrate into the modern ERMA® (Environmental Response Management Application) that is often used to view ESI and other data online.

This will be the third set of ESI updates in the Great Lakes region since 2020, following the imminent release of updated maps for the St. Marys and St. Lawrence Rivers in fall 2021 and the 2020 completion of updates to the ESIs for the St. Clair/Detroit River System and Straits of Mackinac. These refreshes were funded through contracts with the USCG and Great Lakes Restoration Initiative, respectively. This support from partners has helped to fulfill the directives in the Great Lakes Environmental Sensitivity Index Act of 2020 (S.1342), which directed NOAA to update all ESI maps at least once every seven years. 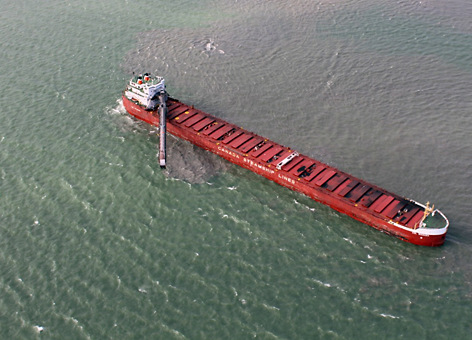