Aug. 21, 2020 — About two and a half days after the vast majority of remaining petroleum onboard the grounded M/V WAKASHIO had been removed, the ship split apart on Saturday, Aug. 15, and spilled a small amount of additional oil. Responders expect the bow of the vessel to be towed off the reef soon and scuttled 8 nautical miles out from the outer limit of the reef in about 2,000 meter depth. If the stern cannot be removed intact, plans are being developed to cut the stern up in place, which is expected to take several months. In the meantime, arrays of boom remain deployed to help capture any additional oil releases. 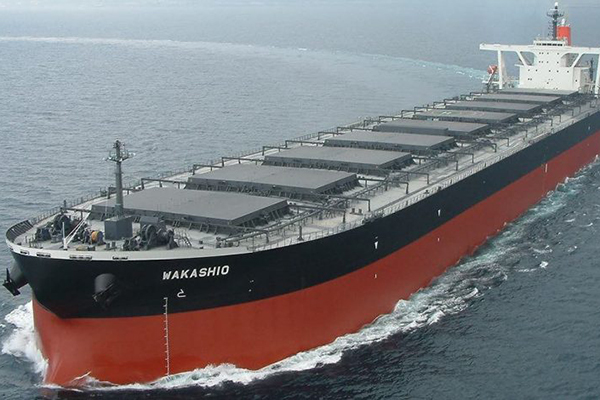 As most of the spilled oil is reported to be confined to the lagoon to the northwest of the grounding location and most has stranded ashore, the primary focus of responders on-scene has turned to shoreline cleanup. Shoreline cleanup challenges include areas of heavily oiled mangrove forests. Coral reefs, sea turtles, and subsistence fisheries are among other natural resources of particular concern.

OR&R's Emergency Response Division (ERD) is coordinating technical assistance remotely to the Mauritius Ministry of Environment, as requested through the U.S. Department of State. On Aug. 17, the NOAA National Environmental Satellite, Data, and Information Service (NESDIS) provided a time series analysis of satellite imagery made available through the Disasters Charter activation. The series, which runs from Aug. 5 to Aug. 16, was provided to the Mauritius Ministry of the Environment and has been posted on the disaster charter portal.

Expert NOAA contacts on a variety of topics and links to NOAA spill response and natural resource guides available online have been sent to the Mauritius Ministry of the Environment. ERD ocean modelers are assisting organizations in Mauritius that have been using NOAA’s WebGNOME trajectory software to model the movement of the spilled oil on the water surface from the time of release. This product, along with the satellite analysis provide good indications to responders of where to look for oil on the shore or reefs. As cleanup continues and responders begin to assess injuries to habitats and eventually coral reef restoration, NOAA expertise will be ready to support.

International response to assist the government of Mauritius has been exceptional. A number of delegations from other countries are working on scene to provide support including France, Japan, India, the U.K. and the U.N., as well as technical representatives from private organizations, such as ITOPF. In addition to the U.S., experts from several other countries, such as Australia, are also standing by to provide remote technical assistance.

NOAA to Assist with Oil Spill in Mauritius

Aug.13, 2020 — Effective immediately, NOAA will remotely support the global response to an environmental emergency in the Indian Ocean island nation of Mauritius, after the bulk carrier Wakashio ran aground on a coral reef on July 25. The grounding resulted in a spill of an estimated 210,000-300,000 gallons of oil.

Several U.S. agencies involved in spill response were convened last week as part of the National Response Team to answer a formal request from Mauritius under the procedures for international spill response support. Working through the State Department on Aug.12, the government of Mauritius accepted an offer of scientific and technical assistance from NOAA’s Office of Response and Restoration. OR&R’s Emergency Response Division is establishing lines of communication and prioritizing those requests with the Mauritius Ministry of Environment. The office will focus on clean-up and assisting with the environmental impacts.

The M/V Wakashio was without cargo when it ran aground off Mauritius’ Pointe d’Esny during a voyage from Singapore to Brazil, but was reportedly carrying about 1.1 million gallons of low-sulfur fuel oil, 63,000 gallons of diesel fuel, and 26,000 gallons of lube oils.The ship was initially reported stable; however, its condition deteriorated in bad weather, resulting in a breach of a bunker tank on Aug. 6, leading the Mauritian government to declare an environmental emergency. All 20 crew members were safely removed from the vessel.

Areas threatened by the spill include protected coral reefs and lagoons, including the Blue Bay Marine Park and Ile aux Aigrettes island. The crystal clear waters and coral reefs surrounding Mauritius are world-renowned and the economy relies heavily on tourism.

The salvage company has confirmed that all remaining fuel has been removed from the ship. At this time, a crack in the ship’s hull has expanded, putting the ship at risk of breaking apart in rough sea conditions.

This story was updated (above).