With NOAA as a Model, India Maps Coastal Sensitivity to Oil Spills 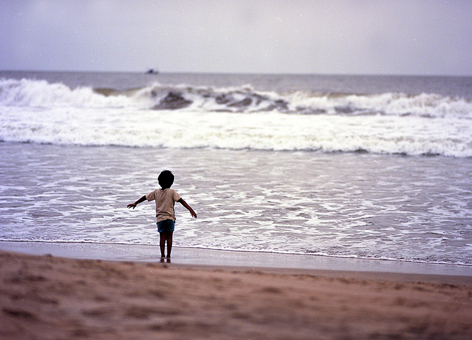 JUNE 23, 2014 -- They say that imitation is the sincerest form of flattery, which is why we were thrilled to hear about recent efforts in India to mirror one of NOAA's key oil spill planning tools, Environmental Sensitivity Index maps. A recent Times of India article alerted us to a pilot study led by scientists at the National Institute of Oceanography in India, which used our Environmental Sensitivity Index (ESI) shoreline classifications to map seven talukas, or coastal administrative divisions in India. Amid the estuaries mapped along India's west coast, one of the dominant shoreline types is mangroves, which are a preferred habitat for many migratory birds as well as other species sensitive to oil. Traditional ESI data categorize both the marine and coastal environments as well as their wildlife based on sensitivity to spilled oil. There are three main components: shoreline habitats (as was mapped in the Indian project), sensitive animals and plants, and human-use resources. The shoreline and intertidal zones are ranked based on their vulnerability to oil, which is determined by:

The biology data available in ESI maps focus on threatened and endangered species, areas of high concentration, and areas where sensitive life stages (such as when nesting) may occur. Human use resources mapped include managed areas (parks, refuges, critical habitats, etc.) and resources that may be impacted by oiling or clean-up, such as beaches, archaeological sites, or marinas. Many countries have adapted the ESI data standards developed and published by NOAA. India developed their ESI product independently, based on these standards. In other cases, researchers from around the world have come across ESI products and contacted NOAA for advice in developing their own ESI maps and data. In the recent past, Jill Petersen, the NOAA ESI Program Manager, has worked with scientists who have visited from Spain, Portugal, and Italy. By publishing our data standards, we share information which enables states and countries to develop ESI maps and data independently while adhering to formats that have evolved and stood the test of time over many years. In addition to mapping the entire U.S. coast and territories, NOAA has conducted some of our own international mapping of ESIs. In the wake of Hurricane Mitch in 1998, we mapped the coastal natural resources in the affected areas of Nicaragua, Honduras, and Ecuador. Currently, we are developing new ESI products for the north and mid-Atlantic coasts of the United States, many areas of which were altered by Hurricane Sandy in 2012. The new maps will provide a comprehensive and up-to-date picture of vulnerable shorelines, wildlife habitats, and key resources humans use. Having this information readily available will enable responders and planners to quickly make informed decisions in the event of a future oil spill or natural disaster. For further information on NOAA's ESI shoreline classification, see our past stories: Mapping How Sensitive the Coasts Are to Oil Spills and After Sandy, Adapting NOAA's Tools for a Changing Shoreline. Photo: Samuel Kimlicka/Creative Commons Attribution 2.0 Generic License