MAY 28, 2013 -- You may know the Delaware River only as the partially frozen river George Washington and his troops crossed to victory late at night during the American Revolution, surprising enemy forces based in New Jersey. But many other people—approximately 15 million—know it as their source of water for drinking supplies, industrial uses, irrigation, commerce, and recreation. The Delaware is one of our nation's most important rivers. As the longest undammed river east of the Mississippi, it extends from upstate New York to Delaware Bay, where it meets the Atlantic Ocean. And historically, transportation on the Delaware River was critical to the early development of Philadelphia, Penn.; Wilmington, Del.; and Trenton and Camden, N.J. However, population and industrial growth took their toll on urban areas along the Delaware. Until the mid-20th century, human and industrial waste received inadequate treatment before flowing into the river, contributing to extensive water pollution problems. This pollution had the effect of draining the river's waters of the oxygen needed for fish and other aquatic life to survive. Following the passage of the Clean Water Act in 1972, conditions have improved, but water quality remains a problem along this river, especially in urban areas. Over the years, the land around the river has increasingly changed from a natural to an urban setting, losing many of the benefits of nature that the river can offer and at times replacing them with pollutants and failing sewers. Urban infrastructure and abandoned and polluted sites began to claim the riverbanks, severely restricting access to the river. 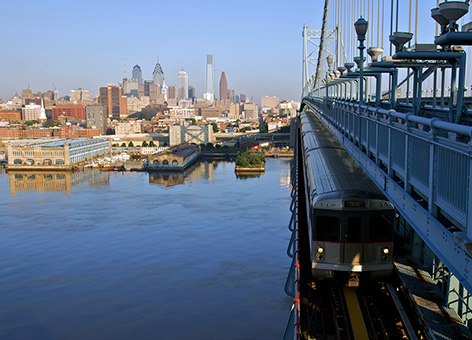 A Partnership to Reclaim the River

Yet, the outlook for this river appears hopeful. The Delaware River and the land around it, which includes the greater Philadelphia area, is one of 11 places across the U.S. recently welcomed into the Urban Waters Federal Partnership. In order to restore degraded waterfronts and to revitalize economically depressed areas along the river, this partnership will join forces with state, regional, and local organizations to address economic and environmental problems along the river through Philadelphia. NOAA is one of the federal partners coordinating this effort and Office of Response and Restoration staff in the area will be working to ensure the program's success. 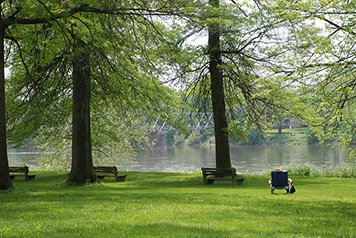 The Urban Waters Federal Partnership furthers the work of other national efforts, such as the Partnership for Sustainable Communities and America's Great Outdoors Initiative. This partnership focuses on a broad range of projects that will protect community investments while also improving erosion and flood control, water quality, economic and environmental health, and access to waterways. One of the specific ways the partnership and NOAA will benefit the region is by supporting the Camden County Municipal Authority's development of Phoenix Park, a community park along the Delaware. This project will involve waterfront and shoreline restoration and will be the centerpiece of a larger project to restore the Camden waterfront. Meanwhile, in Wilmington, the partnership will be able to offer additional support for Fox Point State Park, a relatively new public area created on a former Brownfield property. On another front, NOAA, the National Park Service, and the U.S. Forest Service will lead an Urban Waters Federal Partnership effort to address remaining water quality issues in the river. These problems stem from a history of habitat loss from past dredging and filling on the shoreline, underutilized and contaminated waterfront property, failing infrastructure (including sewers), and threats from climate change. A compelling reason for dealing with these issues is that several species of fish that were caught commercially and recreationally in the urban part of the Delaware River are threatened, such as Atlantic and shortnose sturgeon, shad and river herring, and eel. Furthermore, the Urban Waters Federal Partnership projects will focus on reconnecting underserved communities to their waterfronts. 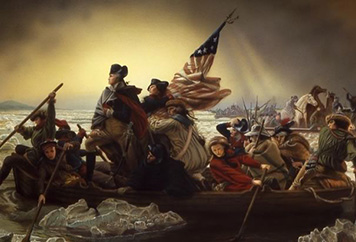 A History of Restoration

These efforts will complement NOAA's longstanding efforts to clean up and restore the Delaware River from the impacts of oil spills and hazardous waste sites. You can view a map (click to zoom to Delaware) depicting the more than a dozen sites that NOAA is actively working on along the Delaware River and its tributaries. The NOAA Restoration Atlas has additional information about restoration projects in the region that NOAA has helped to support. 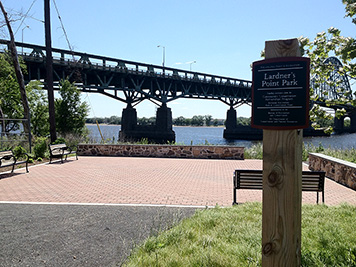 Once a bustling ferry terminal on the Delaware River during the industrial revolution, Lardner's Point had fallen into disrepair over the years. Then, in 2004, a tanker released more than 265,000 gallons of oil into the Delaware, exposing this area and hundreds of other miles of shoreline to spilled crude oil. Today, Lardner’s Point features a clean and welcoming waterfront public park, with newly restored shorelines. (NOAA)

One notable example, among many, is Lardner's Point, a newly established waterfront park in Philadelphia, which NOAA, the Urban Waters Federal Partnership, and the Delaware River City Corporation have helped transform from a disused, concrete blight to a vibrant, natural gem. The restored shoreline there is the foundation for continuing revitalization along the central and northern Philadelphia waterfront, as well as community renewal efforts in Chester, Penn., around the Commodore Barry Bridge Diverse activities and communities along the Delaware River make clear its importance and value to the people who live near it. Visible from Philadelphia's major bridges to New Jersey, the Port of Philadelphia is one of the largest freshwater ports in the world, and it shares the urban riverfront with parks and recreational areas. To the north, along the banks of historic towns such as New Hope, Penn., and Lambertville and Stockton, N.J., favorite river activities include fishing, rafting, tubing, and canoeing. Even further north, the Delaware is classified as a National Wild and Scenic River. While to the south, the Delaware Bayshore is home to swimming, boating, and commercial fishing. But for too long, the urban populations along the Delaware River have had limited opportunities to enjoy the river right where they live and work. Fortunately, that is changing. NOAA and the Urban Waters Federal Partnership are building on that momentum, aiming to return to the area and its people the renewed benefits of a healthy, accessible river—one that they can be proud to claim again as their own. Creative Commons photos used under an Attribution-NonCommercial-NoDerivs 2.0 Generic License.