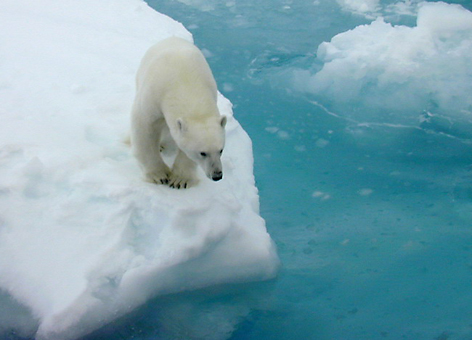 MARCH 20, 2012 -- In recent years, NOAA's Office of Response and Restoration (OR&R) has turned its focus to the remote Arctic region of Alaska due to proposals to increase oil and gas exploration and production there.

The environment above the Yukon River and beyond the vast Brooks Range is warming rapidly. Scientists estimate that by 2020-2030, the Arctic Ocean will be free of multi-year ice in the summer, increasing opportunities for maritime transportation, tourism, and oil and gas exploration.

The likelihood of hazards will also increase as access to Arctic oil reserves becomes easier.

Shoreline erosion and the long-term effects of climate change will also affect the stability and safety of communities in the Arctic region. Oil pipelines and other infrastructure located in permafrost will become less stable, also increasing the risk of spills. The potential expense—in terms of damage to fisheries, to wildlife, and to the formerly pristine environment—could be staggering. 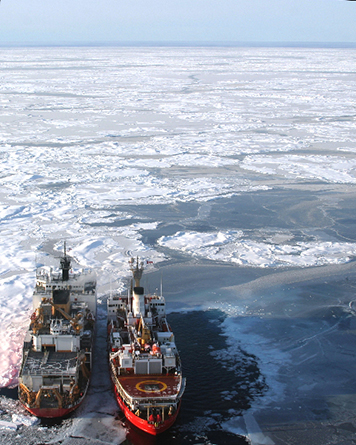 "The Arctic's remoteness, its gale-force winds, lengthy periods of darkness, and lack of infrastructure combine to make any efforts to manage its resources and protect the environment extra challenging," says Fran Ulmer, chair of the U.S. Arctic Research Commission. "It's essential that we develop the right technologies and techniques to reduce risk and proceed cautiously in the largest expanse of wilderness currently under our care."

For this reason, OR&R is working with the oil and gas industry, international governments, the University of Alaska, University of New Hampshire, University of Rhode Island, and the Prince William Sound Oil Spill Recovery Institute to understand and prepare for any future spills in the Arctic.

The stakes are high, says Margaret Williams, managing director for the World Wildlife Fund-US Arctic Program. "The Exxon Valdez spill has been the best studied oil spill in history and scientists have found that even 20 years later, the damage from the spill continues," she says. "Fishermen's livelihoods were destroyed, many wildlife and fish populations still haven't recovered, and the Alaskan economy lost billions of dollars."

"We have a slogan, 'Our role is stewardship, our product is science,' that pretty much explains what OR&R is doing in the Arctic and elsewhere," says John Whitney, NOAA Scientific Support Coordinator for Alaska. "We take our work seriously, regardless of the size or severity of the spill, and the results speak for themselves."

Find out more about our office's work in the Arctic, from oil spill preparedness to marine debris removal, at http://response.restoration.noaa.gov/arctic.

For more information on how this office helps protect and revitalize economic interests through environmental response and restoration, read the first part of this series, Solid Returns: Response and Restoration Efforts Create Big Economic Benefits to Coastal Communities.