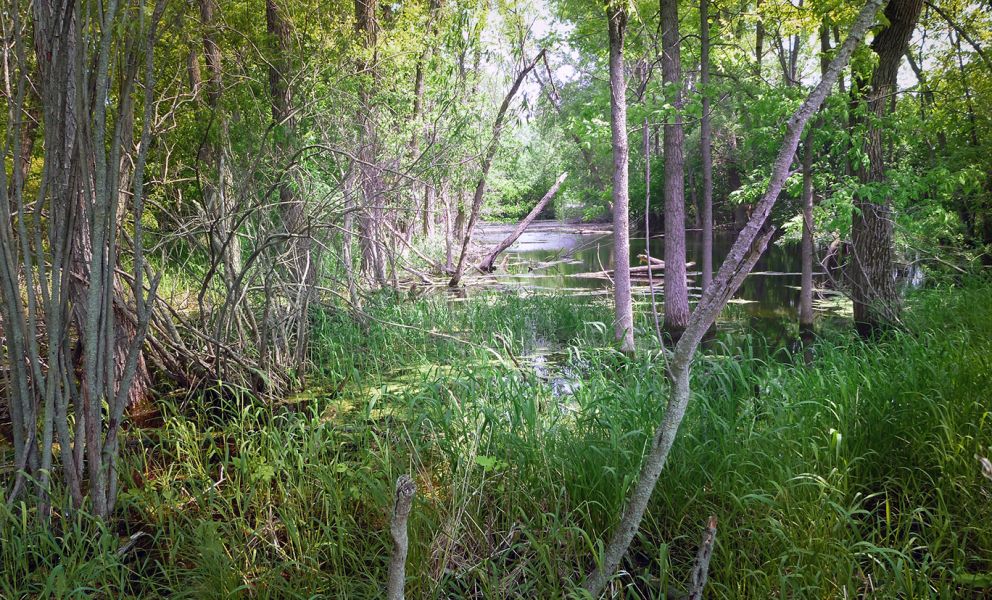 2018 Accomplishments: The Year in Review

NOAA’s Office of Response and Restoration works to minimize environmental damages and prepare coastal communities to better deal with the impacts of marine debris, oil spills, and hazardous materials. Our accomplishments in fiscal year 2018 — including providing scientific support for over 200 pollution-related incidents, a prolonged response to the 2017 hurricane season, and ongoing research into the detection of oil thickness via remote sensing — show our dedication to science based solutions for protecting and restoring natural resources from coastal hazards. 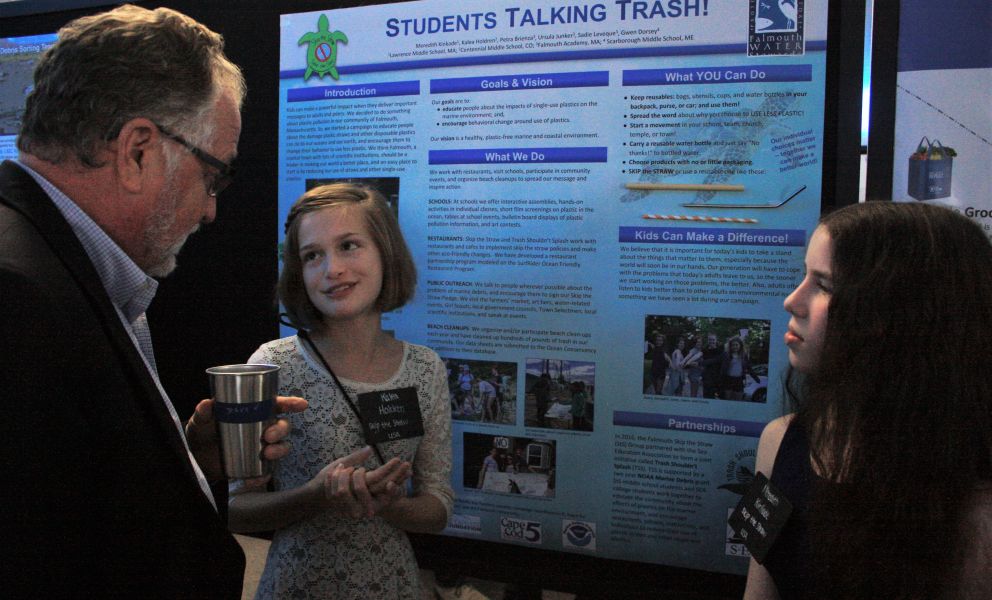 "It was an extraordinary year in OR&R. From the Sixth International Marine Debris Conference to receiving the Gold Medal for our hurricane response, from our $34 million in Natural Resource Damage Assessment settlements to creation of the Disaster Preparedness Program and from improvements to our lifesaving tools to another year with over 200 incidents, this report is just a snapshot of the great things we do every day. On behalf of OR&R, I also want to thank our leadership and incredible partners, as we could not have done this without their commitment and support. As I wrap up my career in NOAA, I have been humbled and honored to witness the incredible innovation, extraordinary capability, exemplary camaraderie and extreme dedication of our team. I thank you for standing ready every day and know the future will be even brighter. I proudly present this year’s accomplishments report." 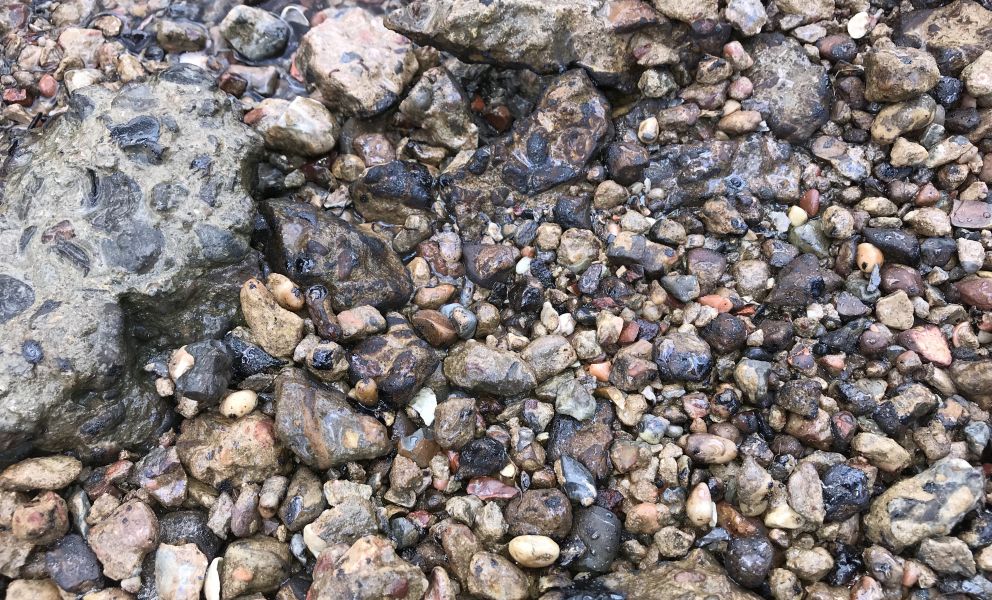 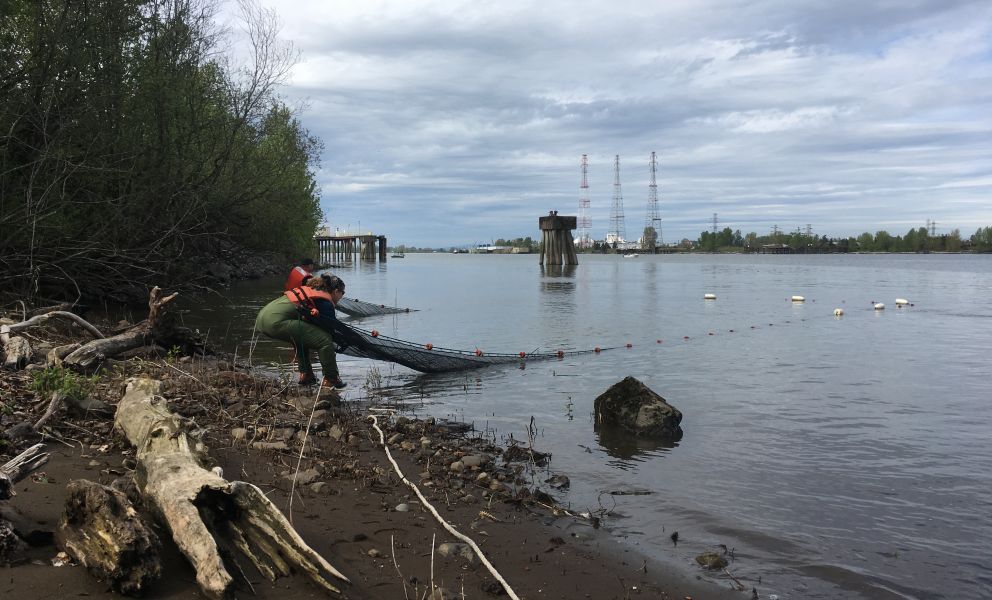 Assessing and Restoring our Shores

The Office of Response and Restoration's Assessment and Restoration Division (ARD) is responsible for evaluating and restoring coastal and estuarine habitats damaged by hazardous waste releases, oil spills, and vessel groundings.

Working with partners, ARD, through NOAA's Damage Assessment, Remediation, and Restoration Program, determines the harm to the environment and defines the amount of restoration required to compensate the American public for those impacts. 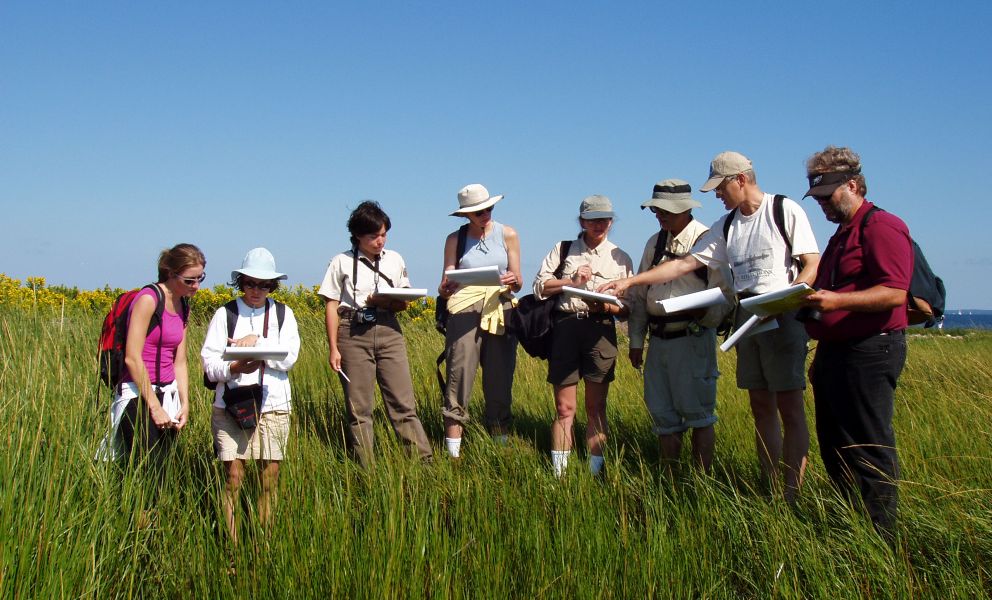 In 2018, OR&R yielded $34.4 million in settlements and agreements for restoration of public natural resources following releases of industrial pollution, including: 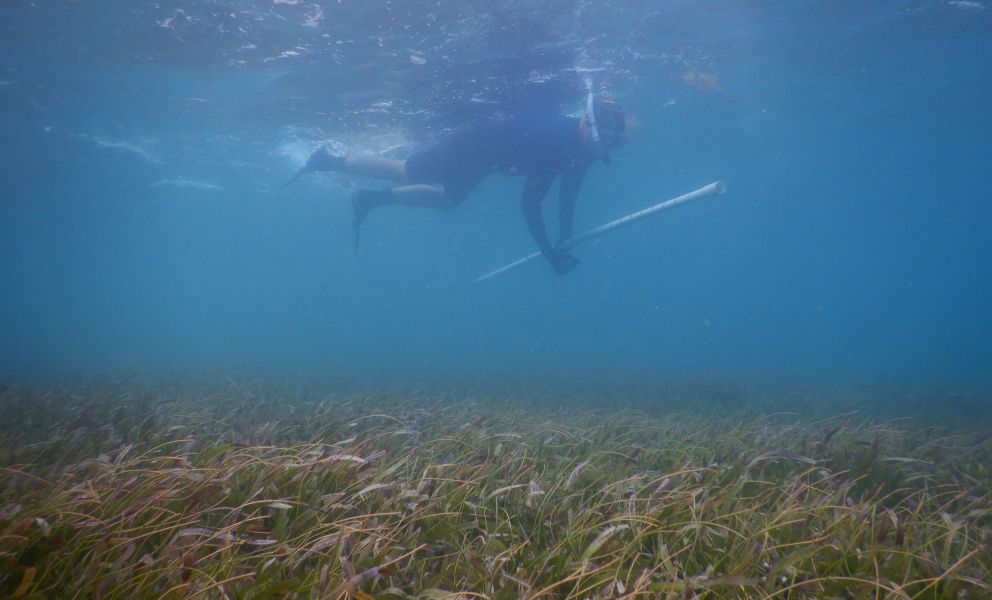 Upgrades to DIVER include the public release of validated chemistry data for all regions, an updated functionality release for the file collections and dataset templates, as well as a now publicly posted  Environmental Data Specification section and the creation of a new download section for guidelines, sampling forms, protocols developed by the Field Assessment and Support Techniques team. During FY18, over 170,000 records were added to DIVER.

ERMA has also been significantly updated and now offers the ability to load and manage image files and GIS data. ERMA is also integrated within OR&R and the National Environmental Satellite, Data, and Information Service to allow for automatic ingestion of ResponseLink activities and NESDIS marine pollution surveillance reports. 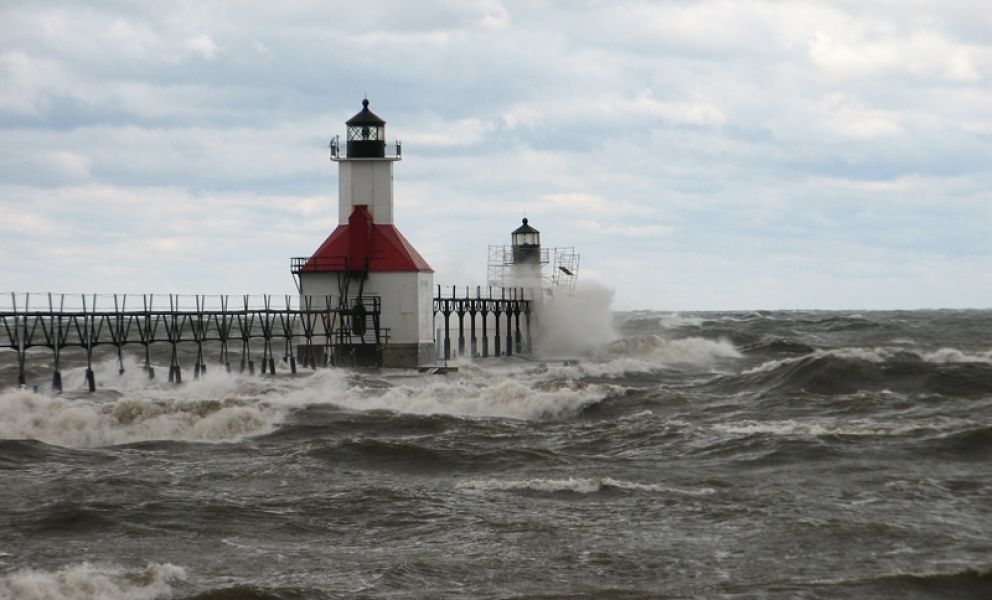 Funding from the Environmental Protection Agency totaling $550,000 was secured for the Great Lakes Restoration Initiative to update Environmental Sensitivity Index (ESI) maps for sites in the Great Lakes. ESI maps provide resource managers with a concise summary of coastal resources that are at risk if an oil spill occurs nearby. ESI maps can help responders reduce the environmental consequences of the incident and the cleanup efforts. Additionally, ESI maps can be used by coastal managers to identify vulnerable locations, establish protection priorities, and assist in restoration planning.

ESI maps for the Straits of Mackinac and the St. Clair-Detroit River system had not been updated in many years. With these EPA funds, NOAA and regional staff gathered and evaluated shoreline and wetland data sets in the area and are generating updated shoreline maps. Additionally, work has already begun on gathering human use and biological data for inclusion in the full ESI Atlas update. 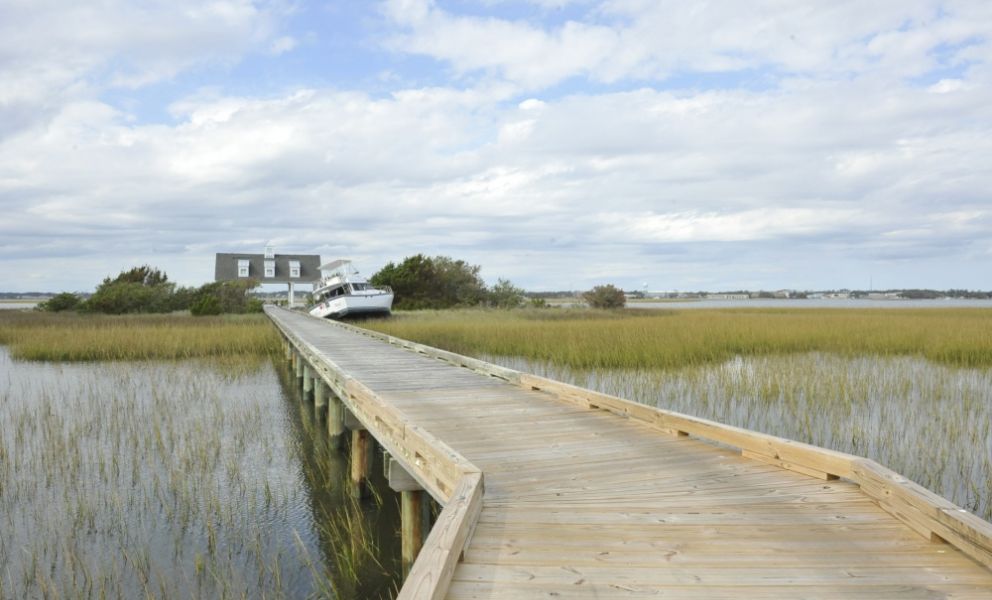 Created by NOAA’s National Ocean Service in 2018, the Disaster Preparedness Program is the latest addition to the Office of Response and Restoration. The program expands on the activity of the Gulf of Mexico Disaster Response Center, and coordinates current operational capabilities and knowledge from across NOS and NOAA to ensure that commerce, communities, and natural resources can recover as quickly as possible.

The program is dedicated to providing services that allow NOS and our partners to move through the preparedness cycle efficiently, safely and effectively — including creating and modifying NOS emergency plans for continuity of operations, providing training and exercises to improve preparedness and response posture, and serving in an incident coordination role during natural disasters and other emergencies. 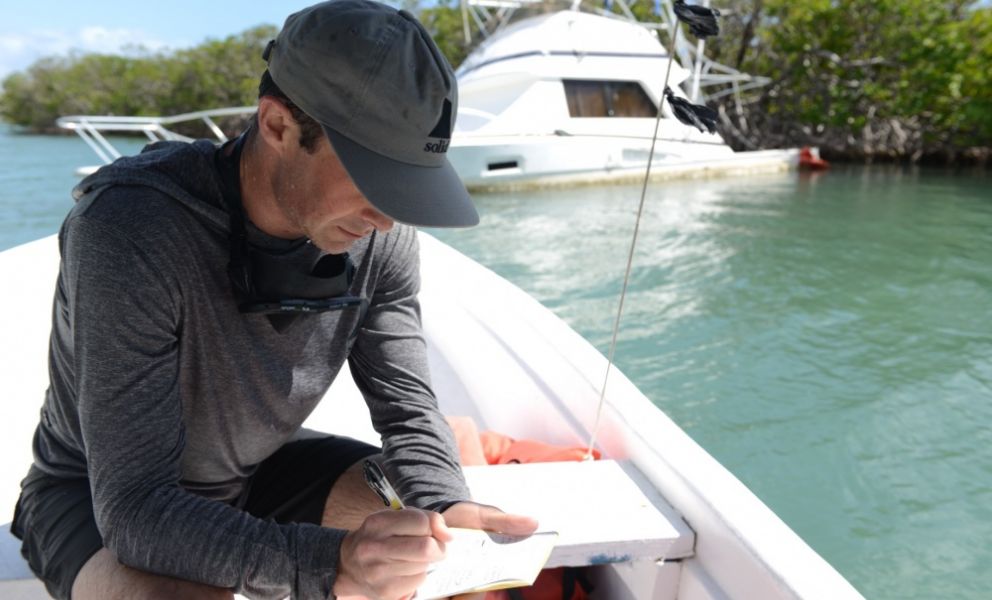 Leadership in the Aftermath of 2017 Atlantic Hurricanes

In 2017, Category 4 hurricanes Harvey, Irma, and Maria consecutively made landfall in the U.S. OR&R's new Disaster Preparedness Program (DPP) supported the National Ocean Service by coordinating across all program offices to gather information on mission support, logistical needs, and impacts to personnel and infrastructure. The Gulf of Mexico Disaster Response Center also provided a safe haven for NOS response field teams pre-staging to respond to Hurricane Irma and deployed staff to Florida to support response and recovery actions.

The DPP subsequently led the development of the 2017 Hurricanes After Action Report and the execution of the Improvement Plan. The DPP also created the NOS Coordination Dashboard, which provides staff with a central repository for providing and receiving response and recovery information during an emergency. NOAA’s Office of Response and Restoration was awarded the Department of Commerce Gold Medal for leadership in the aftermath of the 2017 Atlantic hurricanes. 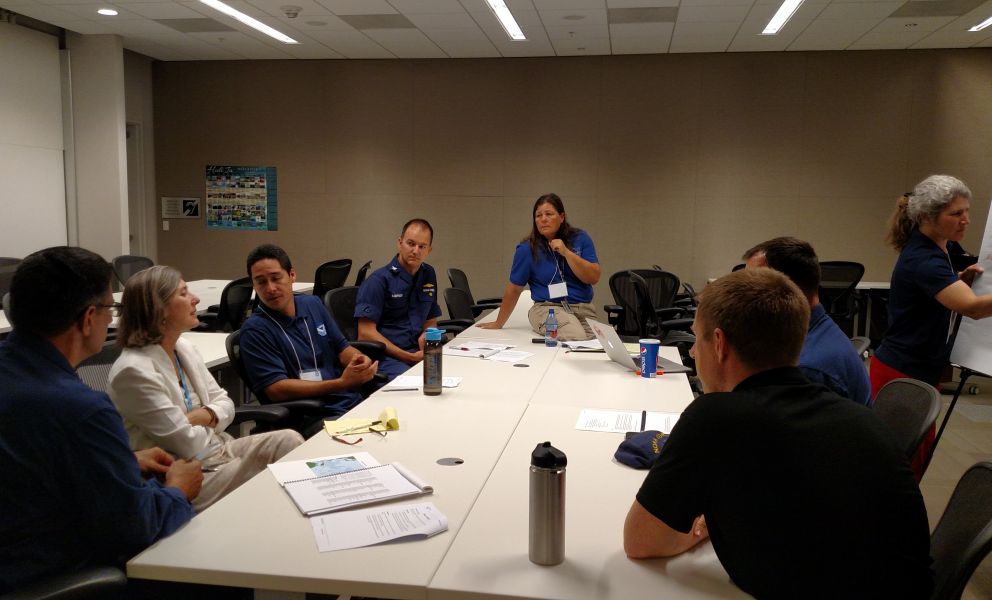 The OR&R Disaster Preparedness Program (DPP) conducted two critical preparedness exercises in FY18 for NOS programs and NOAA partners. The program designed and executed a two-day exercise that paralleled and tied to the NOAA-wide Eagle Horizon exercise and FEMA’s Capstone National Level Exercise. This exercise was designed to assess NOS continuity of operations (COOP) and mission response capabilities should the National Capital Region be hit by a major hurricane. The exercise highlighted important improvements to NOS COOP planning that the DPP will be responsible for implementing.

In July, the DPP led the Pacific Regional Team through a two-day exercise that simulated a hurricane impacting Hawaii. The team focused on their plans and procedures related to personnel, mission, and infrastructure/asset preparedness. With a better sense of how to coordinate and react during an emergency event, the team used their knowledge less than two weeks later when Hurricane Hector skirted just south of  the Hawaiian Islands. 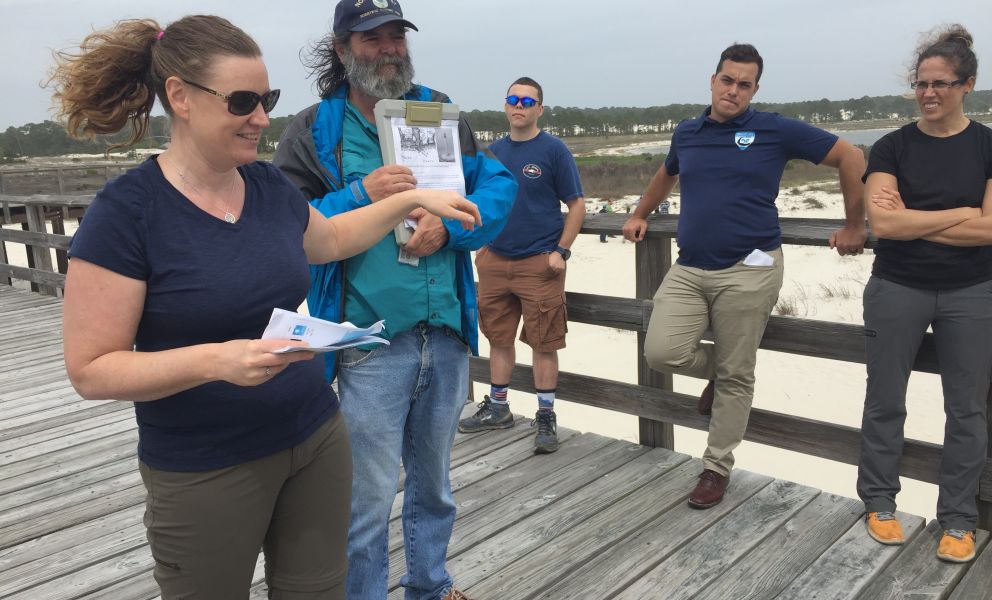 The Disaster Preparedness Program is committed to ensuring NOAA staff and partners are better prepared to conduct emergency response missions knowledgeably and safely. In FY18, the DPP led two Incident Command System (ICS) 300 level courses tailored to cover how and where NOAA staff would plug in to an ICS-structured emergency response for major events such as Stafford Act declared Emergencies and Disaster Declarations as well as major oil and chemical events under the Oil Pollution Act of 1990.

In addition, the DPP worked in partnership with NOS to identify and deliver OSHA safety awareness training to staff deploying into the field during the devastating 2017 Atlantic Hurricane Season. This 90-minute course informs NOAA field responders of potential risks and basic precautions to remain safe when entering post-disaster communities and habitats. The DPP also leads and supports several courses for NOAA staff and partners — including the Science of Oil Spills, the Science of Chemical Releases, and the Science of Coastal Natural Hazards. 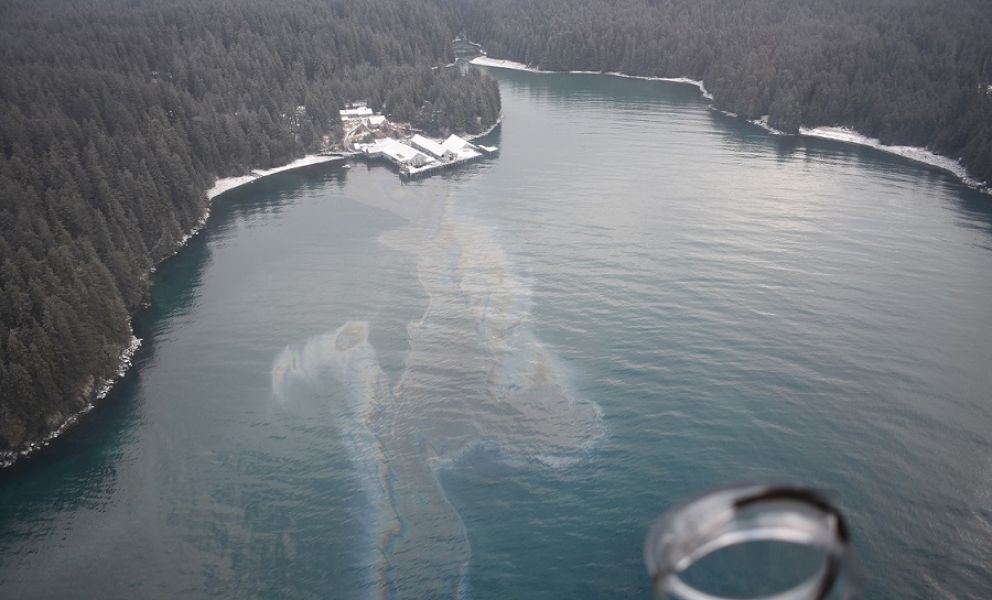 Responding to Oil and Chemical Spills

The Office of Response and Restoration's Emergency Response Division (ERD) supports the U.S. Coast Guard by providing round-the-clock scientific expertise for oil and chemical spills in marine and coastal waters. 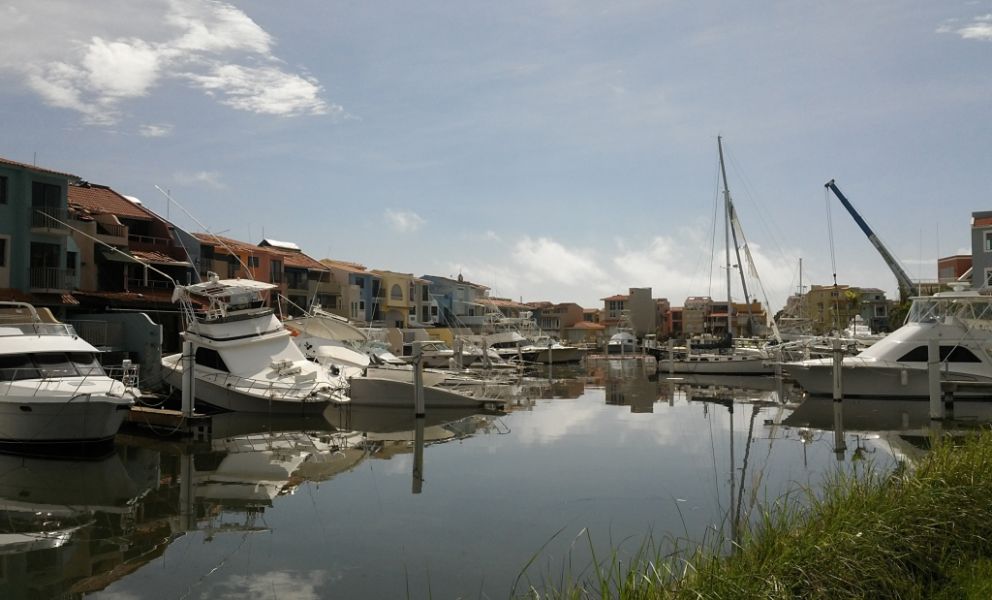 These teams helped to set up and lead the environmental units and establish incident command posts during post-storm conditions. Tens of thousands of commercial and recreational vehicles were displaced over a huge geographic area, resulting in salvage and wreck removal efforts that took months to complete. OR&R assisted with identifying thousands of these vessels for removal.

OR&R used ERMA® to analyze high-resolution aerial imagery from the National Geodetic Survey. NOAA worked with other resource trustees to develop best management practices to minimize harm to the environment as these vessels were removed. 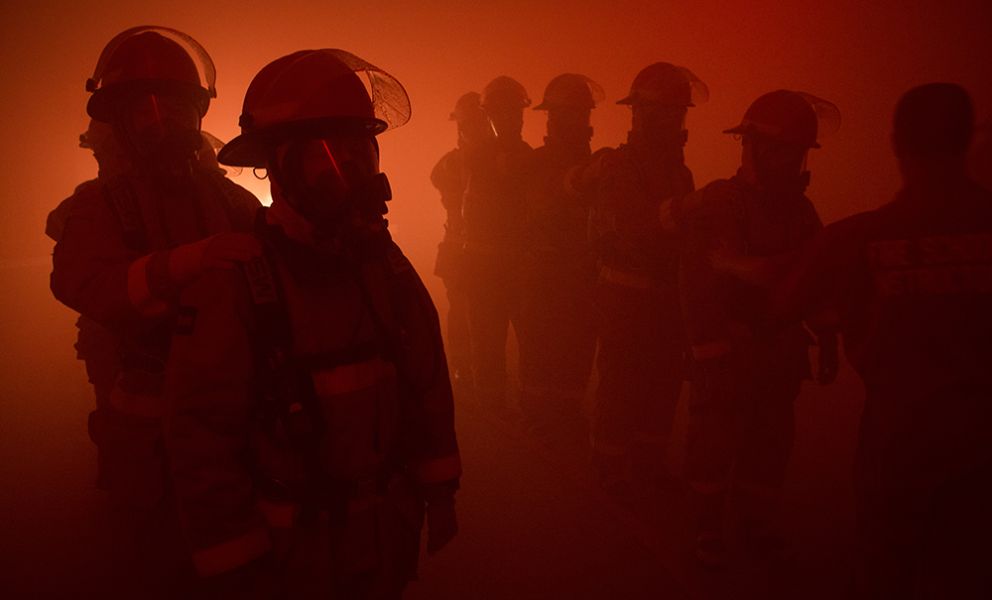 An updated CAMEO Chemicals hazardous chemical database included new app features, such as advanced search, an import tool, and a view history feature. Two versions of the MARPLOT® mapping tool were also released with many new and highly requested features, such as the ability to move objects between layers and new import file types to improve interoperability between mapping programs. Also, the annual regulatory updates to Tier2 Submit and CAMEOfm included new physical and health hazard categories that match the revised chemical safety data sheet options.

The CAMEO suite products, developed jointly by NOAA and the Environmental Protection Agency, were downloaded over 173,000 times and the CAMEO Chemicals website had over 3.7 million pageviews in FY18. 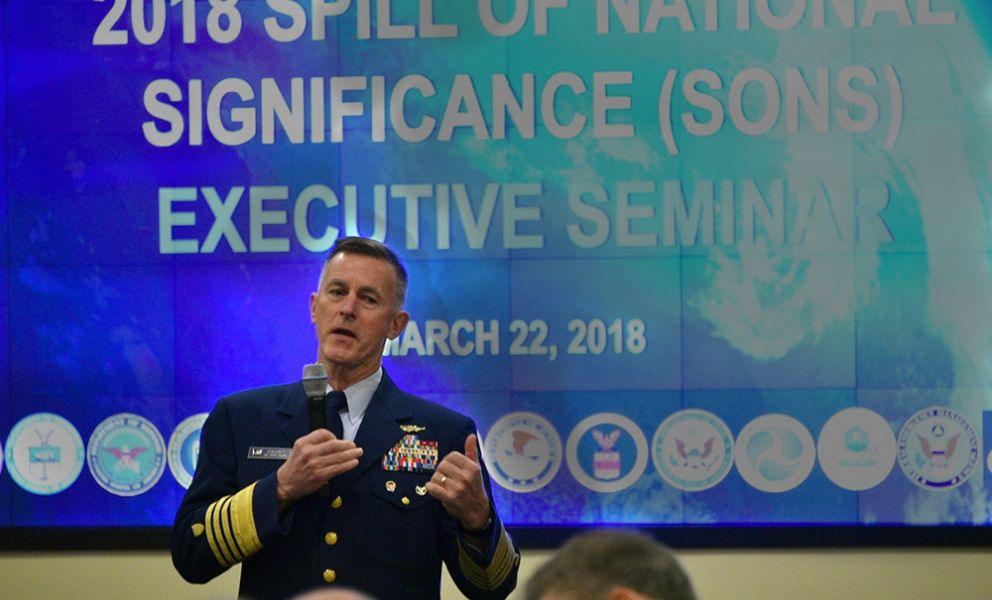 In March 2018, the Emergency Response Division chief, along with executives from 15 agencies and the National Security Council, participated in the Spill of National Significance (SONS) exercise on behalf of the Department of Commerce, at the invitation of the commandant of the Coast Guard. This exercise is part of a series, the latest being SONS 2018, to test the senior leadership engagement necessary for the most complex spill responses. NOAA leadership is involved due to statutory roles in providing scientific support for coastal oil and chemical spills, assessing injury to species and habitats, restoring impacted natural resources after a spill, and supporting response with other NOAA services and expertise.

The Office of Response and Restoration also provides the Department of Commerce representative to the 15-member agency National Response Team that oversees the nation's environmental emergency response system and supports large scale responses. 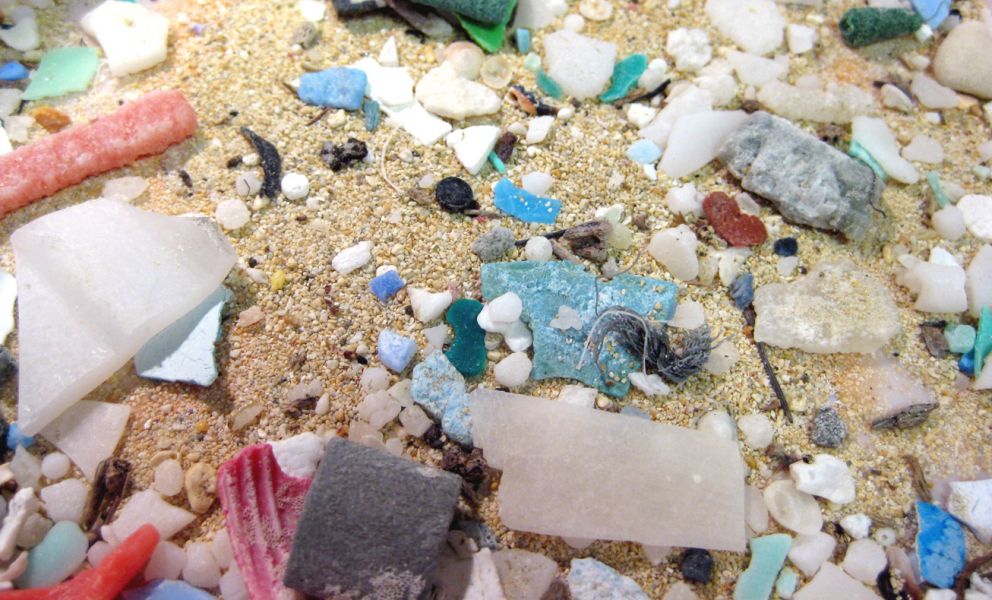 Reducing Marine Debris on our Shores

The NOAA Marine Debris Program leads national efforts to research, prevent, and reduce the adverse impacts of marine debris on the United States economy, the marine environment, and navigation safety. 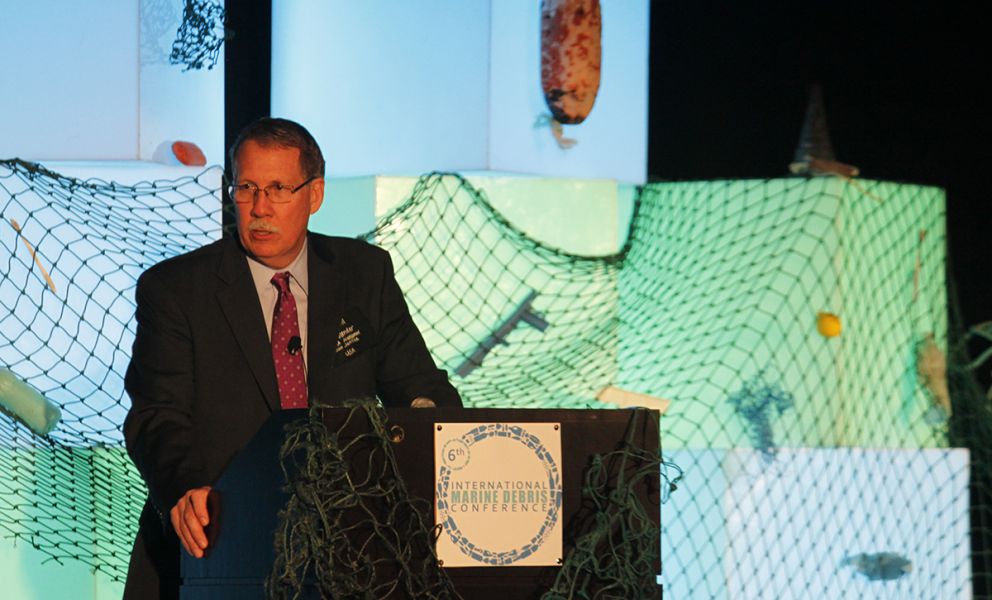 In March 2018, the NOAA Marine Debris Program and the United Nations Environment Programme (UN Environment) co-hosted the Sixth International Marine Debris Conference (6IMDC) in San Diego. The conference brought together more than 700 participants from more than 50 countries to work toward a marine debris-free ocean. The conference aimed to celebrate and encourage further innovation, collaboration, and action around this far-reaching topic, highlighting innovative marine debris solutions, research, and technological advances since the last international marine debris conference held in 2011, and facilitating discussions around strategies to minimize the impacts and occurrence of marine debris. A major strength of the conference was its diversity of disciplines and expertise, including science, art, outreach, and education from government, academia, private industry, and nonprofit sectors. 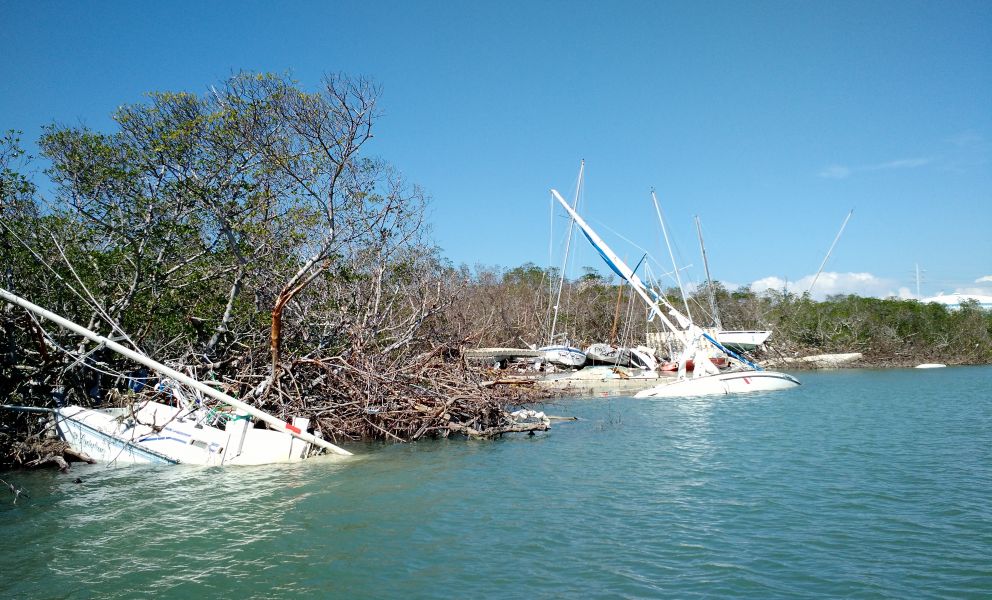 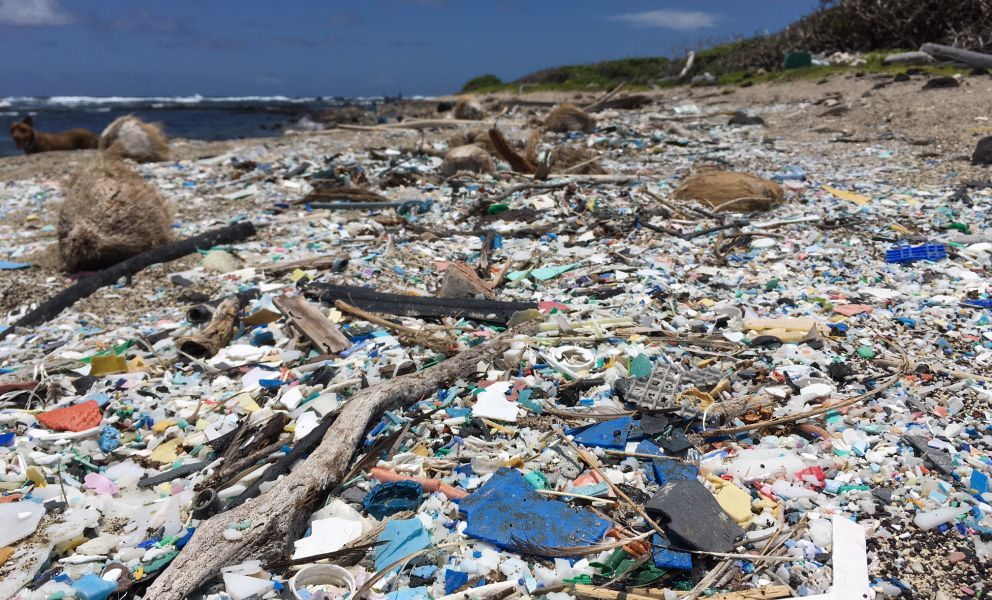 Although isolated in the North Pacific, the Hawaiian Islands are prone to accumulating debris from both local and far-away sources.This accumulation threatens coral reefs, shorelines, and benthic ecosystems, as well as threatened and endangered marine species. In order to address debris along remote stretches of the Hawaiian coastline, the NOAA Marine Debris Program partnered with the Hawai‘i Wildlife Fund to remove marine debris from the islands of Hawai‘i, Kaua‘i, Maui, and Lānaʻi. Through this project, Hawaii Wildlife Fund has led over 100 community cleanup events and derelict fishing net and large debris patrols, while simultaneously engaging hundreds of community volunteers and various stakeholders around the state. The 155 tons of debris removed from Hawaiian shorelines over the course of the project has been recycled, reused, and properly disposed of through different support programs, including the Hawaii Nets-to-Energy Program.