APRIL 25, 2022 – The latest version of the CAMEO Chemicals hazardous materials database is now available, and it includes key emergency response data updates. The desktop and mobile app platforms have also been updated for the latest operating systems. 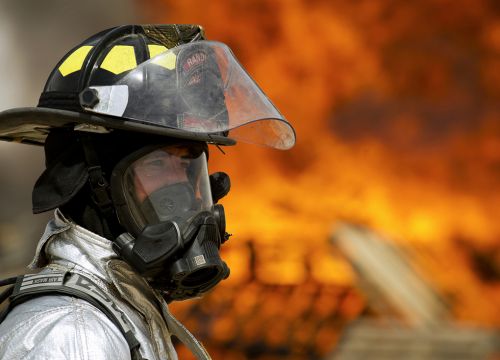 The CAMEO Chemicals program is a key resource for firefighters and other emergency responders. Image credit: U.S. Air Force

With this program, you can learn about critical response information for thousands of chemicals, and you can also use the reactivity tool to find out what hazards (such as explosions or corrosive byproducts) might occur when two substances mix together. Firefighters and emergency planners around the world use CAMEO Chemicals to help them prepare for and respond to emergencies.

One of the key changes in CAMEO Chemicals 2.8.0 is an update to the 2020 Emergency Response Guidebook (ERG) data. The ERG is revised every four years as a collaborative effort by the U.S. Department of Transportation, Transport Canada, and Mexico's Secretariat of Transport and Communications.

The ERG is used extensively by first responders in the United States, and the developers describe the ERG as the "go-to manual to help deal with hazmat transportation accidents during the critical first 30 minutes". The 2020 ERG has updated response guides, revised initial isolation and protective action distances, and many other general enhancements. The ERG response guide PDFs are available in CAMEO Chemicals in English, French, and Spanish.

Data updates from several other sources are also included in CAMEO Chemicals 2.8.0:

CAMEO Chemicals is part of the CAMEO® software suite, a set of programs developed jointly by NOAA and EPA for more than 30 years. The CAMEO suite is available at no cost to users in order to provide vital tools to assist responders during chemical emergencies, and to help emergency planners prepare for them ahead of time.