Has Prince William Sound Recovered From the Spill? 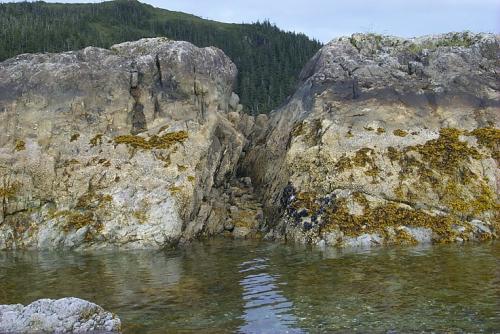 Ecological recovery can be difficult to define and measure. A commonly used definition, the "return to conditions as they were before the spill," is not realistic for dynamic intertidal systems such as those in Prince William Sound, Alaska.

Measuring Recovery After the Exxon Valdez

In NOAA's monitoring program, we studied features that reflect recovery of particular portions of the ecosystem that were directly affected by oil and cleanup in the wake of the Exxon Valdez spill.

Parallelism is a statistical test we used to measure whether abundances of plants and animals at oiled sites changed over time in a manner similar to those at unoiled sites. The results provide an analytically and ecologically realistic metric for recovery in a setting that is constantly changing, from year-to-year and over the longer term. Parallelism-determined recovery of oiled intertidal populations occurred for most study species by 1992-1993.

In some cases, continuing differences between oiled and unoiled sites suggested incomplete recovery when the NOAA monitoring ended in 2000. These included species differences in infaunal populations (aquatic animals living in gravel beach sediments), different grain size structures that may have resulted from aggressive cleanup, and lower population abundances at oiled sites. To determine the role of natural variability in these conditions, we initiated ongoing focused and long-term experimental studies in Prince William Sound and in Kachemak Bay. 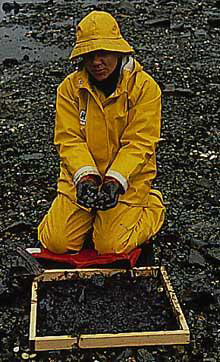 Examining the Effects of Both Spill and Response

Analysis of results from the first years of the NOAA monitoring program in Prince William Sound indicated that oiled and hot-water washed (a response technique applied during the Exxon Valdez spill) sites initially suffered more severe declines in population abundance than oiled and not-washed sites. That is, the washed sites had a steeper path to recovery than sites that were not washed. However, organisms from both types of oiled sites showed parallelism (i.e., recovery) with unoiled populations on a similar time frame (by 1992-93).

Chemical contamination by polycyclic aromatic hydrocarbons (potentially toxic chemical components of oil) in tissues of mussels and clams were significantly elevated over background levels through 1992 for mussels and 1996 for clams. When we re-surveyed clams in 2007, we did not find any elevated tissue concentrations at our monitoring sites.

Environmental exposure, sediment size, and initial oil concentrations all affected oil weathering processes and rates. By 1997, residual oil found in patches in sediments at a few of our sites ranged from moderately to extremely weathered, with oil from deep subsurface reservoirs under gravel beaches the least weathered. Other researchers have located surprising pockets of oil remaining on some beaches, and these are being studied to determine why they have persisted for over two decades.

Our work in the field, laboratory, and statistical theory indicate that, yes, by many criteria, a number of the intertidal communities we study can be considered recovered. It is important to remember the context and focus for the NOAA monitoring program: impacts and recovery on the shorelines where the oil stranded and where cleanup was concentrated.

Many other recovery studies have focused on other portions of the ecosystem and other affected habitats, and as a result, there are many assessments of recovery status from the Exxon Valdez oil spill. Even though our study of intertidal communities reflected broad recovery in those communities by 1993, the other studies showed varying degrees of recovery for other resources. Strictly construed, recovery from the Exxon Valdez oil spill will not be complete until every portion of the ecosystem has recovered. 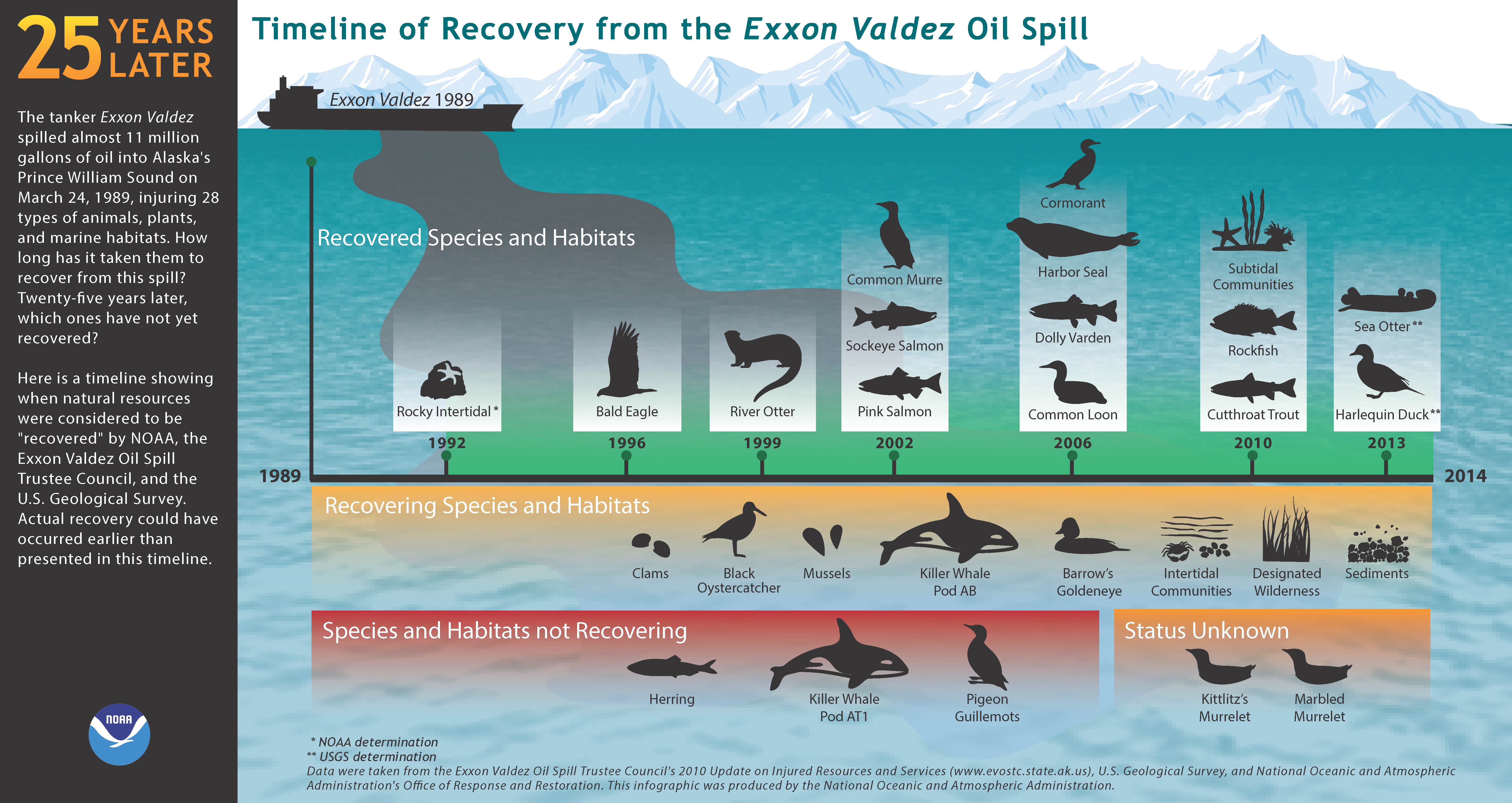 A 25-year timeline showing the recovery status of species and habitats affected by the Exxon Valdez oil spill.
Click on infographic to view larger.

We know that oil remains in Prince William Sound. The extent to which it may be having an adverse impact is subject to debate and investigation, but for some people the fact that it remains at all is evidence that recovery has not taken place.

Go back to the main Exxon Valdez oil spill page.