Jim, a U.S. Coast Guard Lieutenant at the Port of Oceanside City, has just received a radio message from the captain of an inbound vessel. A container on the vessel deck appears to be slowly leaking ethyl mercaptan, and crew members have observed that a small pool of liquid has formed on the deck next to that container. While the vessel is underway, the crew can't stop the leak—it seems to be coming from a leaking valve next to the side of the container, where they can't reach it. The vessel is scheduled to arrive at Oceanside City within a few hours.

To learn more about the chemical, Jim goes to the CAMEO Chemicals website and searches for the chemical. An excerpt from the chemical datasheet is shown below, with physical properties and response recommendations for ethyl mercaptan (also known as ethanethiol). 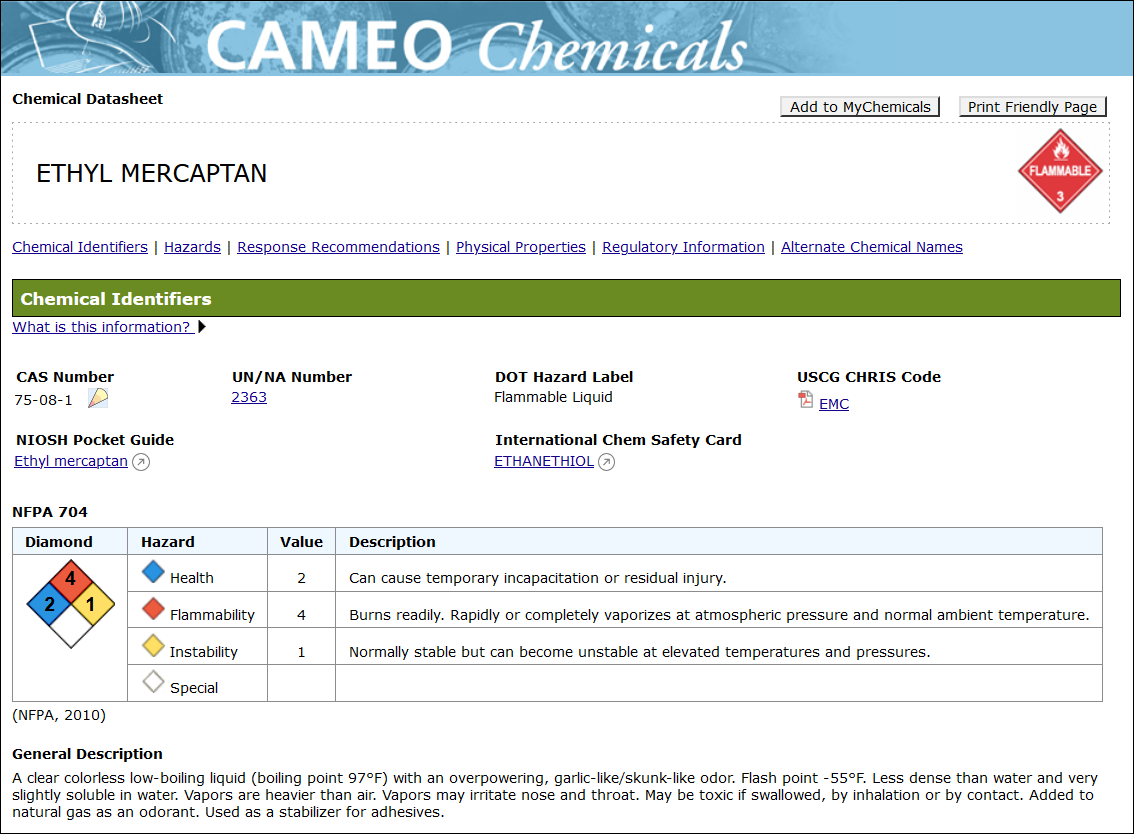 Because ethyl mercaptan is strong-smelling, even at low concentrations, it is commonly used as an additive to propane gas (which is odorless) so that people can detect gas leaks. At higher concentrations, though, its vapor is toxic. Therefore, Jim's first order of business is to decide whether to allow the vessel to enter port as planned or to redirect it to a less populated location. Before making that decision, he wants to assess the level of toxic hazard that the vessel could pose to the city if the vessel enters port. To get this estimate, he turns to ALOHA.

This Ask Dr. ALOHA article continues on the following pages: