This annual opportunity provides funding to advance the preparedness of NOS and its partners. Since the award program’s inception in FY 2020, funded projects have covered a wide range of issues from the purchase of disaster preparedness kits for staff in the Pacific, to enhancements to OR&R’s online mapping tool, ERMA® (Environmental Response Management Application).

A number of projects underway within OR&R’s Emergency Response Division (ERD) are benefiting from the FY 2022 Lagniappe Award funding, and will help promote readiness culture in our response work.

Beginning in January 2020 the United Nations shipping agency, the International Maritime Organization (IMO), began banning ships from using fuels with a sulfur content above 0.5%, compared with 3.5% previously. The regulations were aimed at improving human health by reducing air pollution. As a result, new refinery processes that change the composition of the oil are being used to create these fuel oils. This changes their properties and their behavior in the environment when they are spilled.

Responders are unsure how these new fuels will behave compared to the higher sulfur fuel oils that they are familiar with, and they are looking to NOAA to provide guidance. ERD will use funding to create a fact sheet for these low sulfur fuel oils, similar to others in ERD’s collection of oil fact sheets, to better equip spill planners and responders in their work. 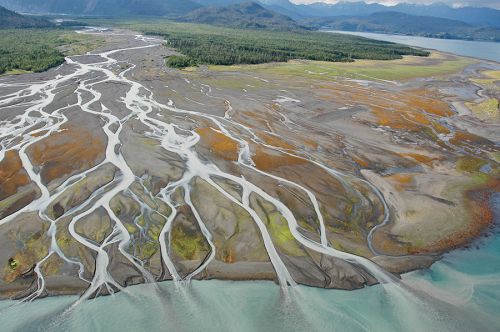 Pelagic (open-ocean) floating Sargassum (macroalgae) is an important offshore habitat for fish, sea turtles, and seabirds, and is also important after it strands on the beach as wrack, both for shoreline dynamics and wildlife. Sargassum has a high potential for interactions with, and impacts from, both oil and offshore and onshore response methods. Sargassum interaction may influence oil fate and behavior, and it can also be a common interference during oil overflight observations, remote sensing of oil, and shoreline oiling surveys.

Although some limited oil spill research has been conducted on Sargassum from a Natural Resource Damage Assessment perspective, response considerations have never been holistically addressed. ERD scientists will use Lagniappe funding to conduct a valuable literature review and create a job aid aimed at response applications.

OR&R’s CAFE (Chemical Aquatic Fate and Effects) database is a tool to help responders in their assessment of environmental impacts from chemical or oil spills into an aquatic environment. The newly launched ADIOS Oil Database, also used in spill response and planning, has an extensive database of physical and chemical properties of oils.

ERD scientists plan to use awarded funds to link the oils in the CAFE database with those in the ADIOS Oil Database, with the eventual goal of linking the CAFE toxicity data to a 3D version of OR&R’s spill trajectory tool, GNOME (General NOAA Operational Modeling Environment). Sharing oil information between the two databases is a logical first step along this path.

During an oil spill emergency, it can be difficult for ERD responders to quickly sort through the more than 1800 records in the ADIOS Oil Database to pick the best oil for fate and trajectory modeling. ERD scientists will use the funding for this project to perform an analysis of the existing oils in the database and create generic oil records with average properties for the most-frequently spilled petroleum products, including marine diesel, light crude oil, medium crude oil, heavy crude oil, and dilbit.

Having these high-quality generic oil records available will make it easier for responders to choose an oil record that is likely to be relevant to the spilled oil, and reduce the risk of unintentionally choosing an oil with unusual properties or incomplete data during the rushed timeframe of an emergency response. In addition, good generic oils can be used by planners and others for modeling when there isn’t a specific known oil to be used.

Environmental Sensitivity Index (ESI) maps are a NOAA product that provide a concise summary of coastal resources that are at risk if an oil or chemical spill occurs nearby. Examples of at-risk resources include biological resources (such as shorebirds and mussel beds), sensitive shorelines (such as marshes and coastal wetlands), and human-use resources (such as public beaches and parks, as well as areas that could be used for access and staging in a spill response).

Implementation of these projects will continue to improve the preparedness efforts, ideas, and culture across OR&R, NOS, and NOAA.