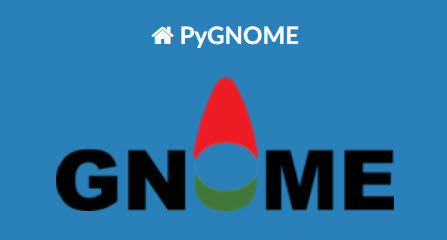 The GNOME suite is built on a collection of open-source software tools developed by the Emergency Response Division (ERD) of NOAA OR&R.

These tools can be used on their own for advanced users to address a variety of problems involving oil, chemicals, and other objects drifting in the ocean.

PyGNOME is the computational core of the GNOME suite. It is written in the Python and C++ programming languages. PyGNOME does all the computation behind the Web version of GNOME, and can be used for automation and scripting, more complex scenarios, and customizing and extending GNOME.

PyGNOME includes components for modeling oil spill transport (movement of the oil) at the surface or in three dimensions, fate (the weathering of oil), and response operations (such as skimming the oil, application of dispersant, or burning the oil in place). It can also be used as a general purpose particle-tracking model to study the movement of other substances or objects of interest, such as hind-casting the trajectory of floating mammals, or studying the transport of marine debris, fish and coral larvae, and harmful algal blooms.

Customizing the Model
PyGNOME has been designed to be a very flexible and customizable particle tracking and oil weathering model. It is relatively easy to add a new or customized component to the model, while taking advantage of the existing features. For instance, one might want to experiment with a new weathering algorithm, or add a larval behavior module for tracking larval transport.

Every aspect of the model can be customized with pure Python code. Once the source code is installed, the user has full access to adapt existing components to custom uses.

Users can access the model code from the PyGNOME gitHub page, along with documentation for PyGNOME’s use.

ERD provides a number of tools for working with both the input data for and the output results from GNOME.

post_gnome is a Python package with utilities to help process and visualize GNOME output.

LibGOODS is a Python package for accessing and manipulating results from oceanographic and meteorological models for use with GNOME. LibGOODS is under active development and is not publicly available at this time.

Source code for all of the GNOME components is available in the organization account for ERD on GitHub (NOAA-ORR-ERD). In addition to the GNOME code, there are a number of other small projects useful to the spill modeling community.

The WebGNOME system uses a Web browser interface connected to a web application server. NOAA hosts a publicly available version and the system can be installed and run on another network, or all on one single stand-alone computer.

All the code required to run a custom WebGNOME server is available on the NOAA-ORR-ERD GitHub organization.

The required projects are:

Web-based Modeling for your own Locations

If an institution wants to make WebGNOME available to its users pre-configured for a particular region, it can install and operate a WebGNOME server customized to its use-case(s). All the source code is available on GitHub, and NOAA can help you install and configure a custom installation, made available to the public or kept behind a firewall for private use.

Questions: Contact us with questions, comments, or suggestions about GNOME.