The Emergency Response Division (ERD) of the Office of Response and Restoration supports the U.S. Coast Guard by providing round-the-clock scientific expertise for oil and chemical spills in U.S. marine and coastal waters. Its efforts facilitate spill prevention, preparedness, response, and restoration through its network of Scientific Support Coordinators; a Seattle-based support team of scientists, technical experts, and software developers; and federal, state, and academic partners. 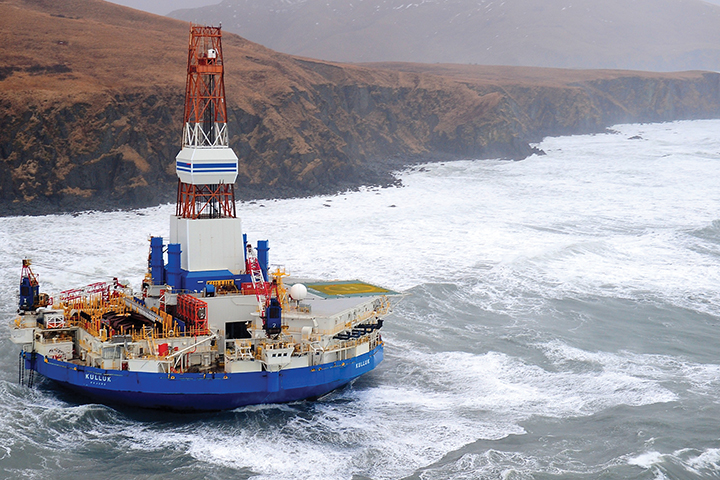 Responding to Environmental Threats, From Oil to Molasses

From October 2012 through September 2013, ERD responded to 138 oil spills, chemical accidents, and various other threats to coastal environments and communities. ERD staff continues to support ongoing cleanup operations in the Gulf of Mexico following the 2010 Deepwater Horizon oil spill and has completed support for Hurricane Isaac cleanup operations that began in August 2012. 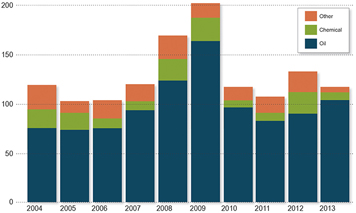 Number of spills that OR&R's ERD has responded to over the last 10 years. Click to enlarge.

Notable responses to pollution threats included Post Tropical Cyclone Sandy along the eastern seaboard in October 2012; a train derailment and chemical spill that occurred in Paulsboro, N.J., in December 2012; the grounding of Shell's drilling rig Kulluk near Kodiak Island, Alaska, in January 2013; and a molasses spill in Hawaii's Honolulu Harbor in September 2013.

ERD modeled the trajectory of spilled materials, assessed complicated mixtures of chemicals, conducted aerial surveys and shoreline assessments, served as advisors on environmentally sensitive areas, managed data and information, and provided the Federal On-Scene Coordinators with access to other NOAA products and services.

ERD provided support for dozens of drills and preparedness activities around the country, alongside federal, state, and industry counterparts. In the past year, ERD produced oil spill trajectories and coordinated scientific information for more than 30 oil spill drills involving 13 states and Canada.

Supporting Department of Defense
ERD scientists produced two reports in conjunction with the Navy. The first was part of an investigation of possible human health hazards posed by weapons and ammunition historically disposed of off the coast of Waianae, Hawaii. As part of this effort, ERD conducted an ocean current and predictive modeling study. The evaluation of potential human health hazards posed by the munitions involved two ocean disposal sites, Ordnance Reef and Military Munitions Sea Disposal Site, located off the populated, largely rural west coast of Oahu. 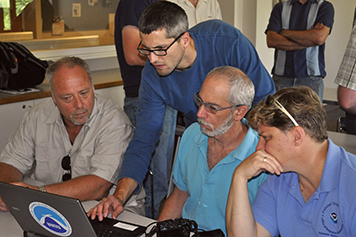 Throughout the year, ERD conducts research and development to improve its ability to respond. Last year, ERD oversaw numerous projects, including work on the transport of oil sands and improvements to NOAA trajectory models for both the ocean and atmosphere.

Examining Oil Sands
Increased production and transportation of oil sands products from Alberta, Canada, are dramatically changing the North American energy portfolio and receiving intense international scrutiny. In 2013, ERD collaborated with the University of Washington to consolidate information on oil sands products and define the risks the spill response community faces with the burgeoning transport of oil sands. After reviewing the literature and interviewing a broad range of technical experts, the University of Washington team produced a comprehensive report that ERD is using as the basis for a NOAA Technical Memorandum.

Improved Oceanographic Models
ERD developers and oceanographers have been improving and adding new data sources to an online tool to allow users of ERD's trajectory model, GNOME, to easily use the results of oceanic and atmospheric circulation models or observational data from external sources in GNOME. Known as GOODS (GNOME Online Oceanographic Data Server), this tool provides access to base maps, ocean currents, and winds from various federal and university models and data sources.

Strategic Planning for the Arctic's Challenges

Ongoing and accelerated changes in the Arctic, including the seasonal loss of sea ice and opening up of the Arctic for navigation and commerce, are creating new opportunities for transportation and resource extraction along with a new venue for accidents, spills, and other environmental hazards. Although the Arctic is warming, it will remain a remote and challenging place to work.

In 2013, the Office of Response and Restoration (OR&R) increased efforts to ensure that the office's mandates, including emergency response, damage assessment, restoration, and marine debris impact research and mitigation, can be accomplished in the Arctic. These efforts included additional staffing in Alaska, participation in the U.S. delegation to the Arctic Council, and strategic planning to identify critical gaps in OR&R’s ability to be effective in this unique environment. 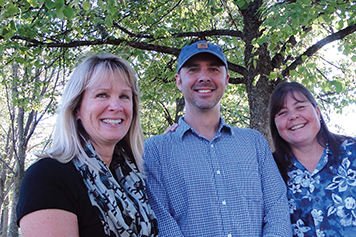 For the first time in over a decade, ERD was able to increase its base staffing level, hiring three new Scientific Support Coordinators (SSCs) in the summer of 2013. SSCs work as a conduit between NOAA and the U.S. Coast Guard to assess and reduce the impacts of oil and chemical pollution in coastal environments.

Catherine Berg joined ERD as the second Anchorage-based SSC supporting Coast Guard District 17. Previously, she worked for almost 30 years as a biologist with the U.S. Fish and Wildlife Service in Alaska. Adam Davis has diverse experience in environmental services, remediation, and oil spill response. He is stationed at the NOAA Disaster Response Center in Mobile, Ala., covering Coast Guard Sector Mobile and the Gulf of Mexico. Paige Doelling has a strong background in ecotoxicology, protected resources, and interagency coordination. She is stationed in New Orleans, La., supporting Coast Guard District 8 and the Gulf of Mexico.